Nov 10, 2017 4:51 PM PHT
Aika Rey
Facebook Twitter Copy URL
Copied
According to 2018 US Congressional budget documents, some $5.3 million in assistance is allocated for the Philippine justice sector which may be used by the PNP to 'improve respect for human rights' 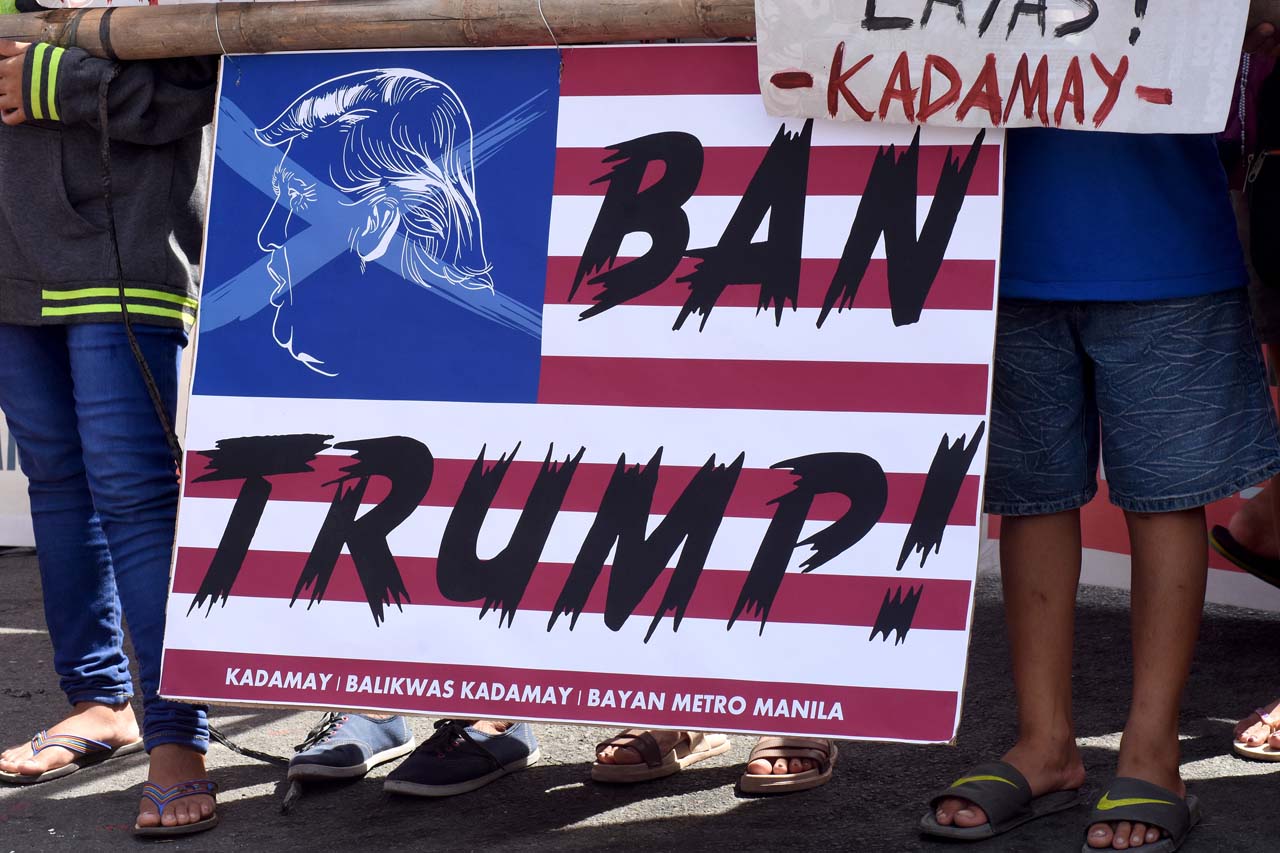 MANILA, Philippines – The United States (US) government will still fund the administration’s campaign against illegal drugs that has claimed thousands of lives, a human rights group said.

Karapatan Alliance for the Advancement of People’s Rights slammed the Trump administration for “funding” President Rodrigo Duterte’s war on drugs despite reports of human rights violations.

According to Karapatan secretary-general Cristina Palabay, the US gave the Philippines $9 million for the war on drugs and $47.5 million as military aid for 2017, citing US Congress budget documents.

“Next year, the US is allocating $111 million as military assistance to the country, primarily for the implementation of counterinsurgency program Oplan Kapayapaan, while $7 million will be given to the anti-illegal drug campaign,” Palabay said.

According to the 2018 US Congressional budget document, $46 million in assistance will go to combatting extremism in the country, while some $5.5 million has been allocated for anti-terorrism support.

The document also lists some $5.3 million that will be used for the narcotics control support of the US government for the Philippine justice sector which may be used by the Philippine National Police to “improve respect for human rights.”

Karapatan said that the US government condemns Duterte’s anti-illegal drugs campaign only when convenient.

“It (US government) hypocritically denies and condemns whenever convenient. The Duterte-Trump meeting is sure to be a spectacle, a meeting of liars and fascists who are hastening the human rights winter in the world,” said Palabay.

US President Donald Trump is set to attend the 31st Association of Southeast Asian Nations (ASEAN) Summit. However, Trump and Duterte were expected to first meet at the Asia-Pacific Economic Cooperation (APEC) Summit in Vietnam.

According to her, the US is engaging in “doubletalk” by “condemning” Duterte’s war on drugs but at the same time funding it.

“The US engages in doubletalk when it throws criticisms on Duterte’s human rights record, when all this time it has been funding Duterte’s drug war and the Philippine military’s all-out-war in the country,” she added. (READ: In the PH drug war, it’s likely EJK when…)

Presidential Spokesperson Harry Roque said, however, that the war on drugs issue won’t be a contentious point between the two presidents. Trump wished Duterte success in his campaign against drugs last December.

On Tuesday, November 8, Duterte said that if Trump or any other leader brings up the country’s human rights record during the APEC Summit, he will tell them not to interfere with the Philippines’ domestic issues.

“Once again, the world is set to witness an illusion of luxury and affluence, where heads of states dine and talk about plundering more resources from poor countries, pressing down already-low wages, promoting globalization and economic integration at the expense of local economies, and bombing countries for the ushering of ‘democracy’ – all while Filipinos continue to be mired [in] poverty as a direct result of US neoliberal policies. The stench of hypocrisy is revolting,” Palabay said.

Data from the Philippine National Police (PNP) show that as of July 26, 3,451 suspected drug personalities had been killed in legitimate operations. (IN NUMBERS: The Philippines’ ‘war on drugs’)

The Commission on Human Rights believes, however, that killings have exceeded the number the government suggests. – Rappler.com