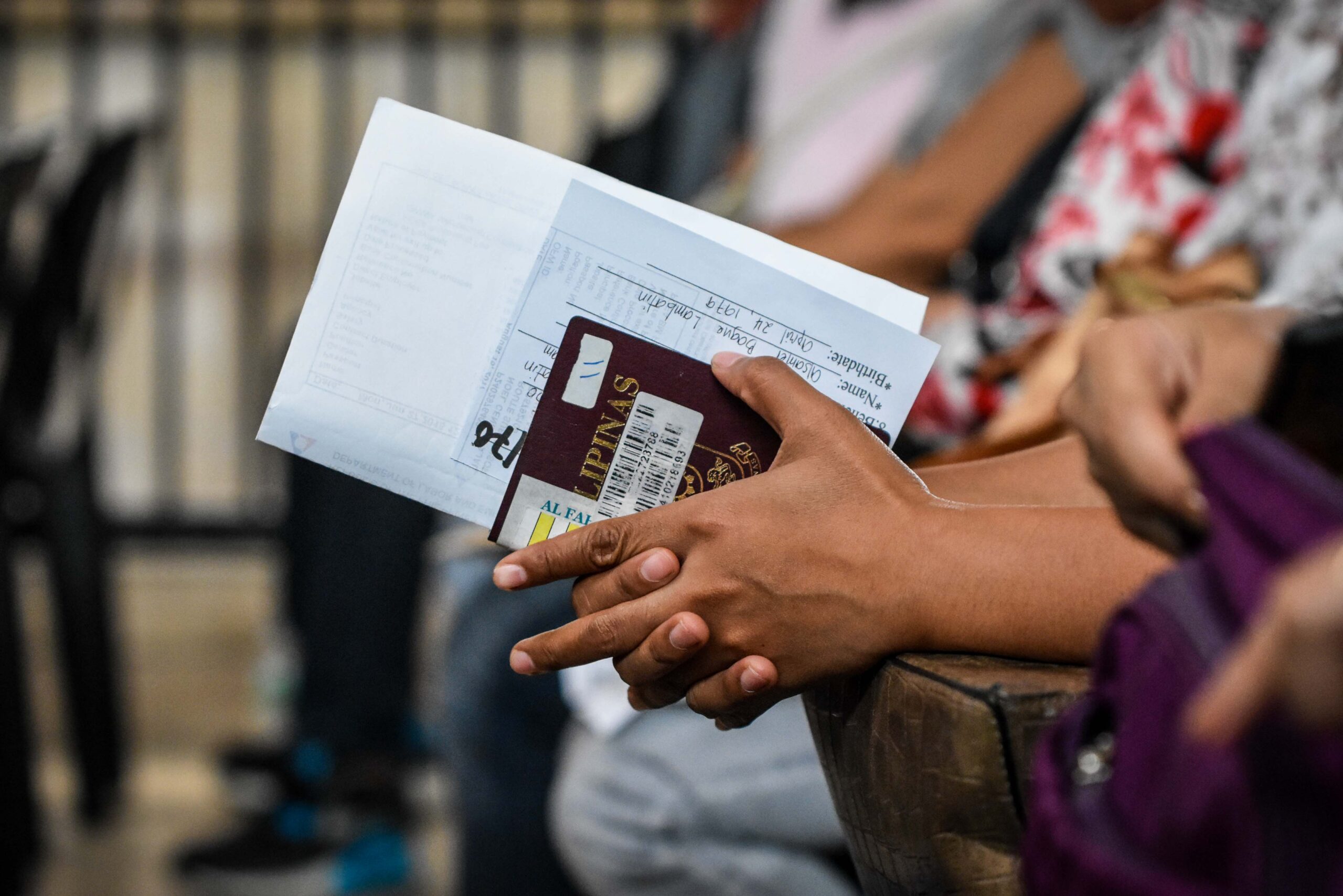 Facebook Twitter Copy URL
Copied
The ASEAN Consensus on the Protection and Promotion of the Rights of Migrant Workers must be legally-binding and cover undocumented workers and migrants' families, Migrante International says

MANILA, Philippines – The Philippines may end up of gifting the Association of Southeast Asian Nations with a “landmark spoiler” for migrant workers’ rights if the document ASEAN leaders  are set to sign during the Manila Summit is not legally-binding.

Militant group Migrante International gave the warning on Tuesday, November 14, hours before ASEAN leaders sign the ASEAN Consensus on the Protection and Promotion of the Rights of Migrant Workers.

At the opening of the 31st ASEAN Summit and Related Meetings on Monday, November 13, President Rodrigo Duterte highlighted the next day’s signing of the “landmark document that would strengthen social protection, access to justice, humane and fair treatment, and access to health services for our people.”

Migrante said it was too early to judge the document, since migrant workers groups in the region have yet to assess if the final document provides adequate protecttion for migrant workers’ rights, or provides redress mechanisms, especially for those in distress.

It said the ASEAN first drafted the operational instrument through the Declaration of the Protection and Promotion of the Rights of Migrant Worker in 2007, but it was stalled in 2009 after committee members failed to agree on provisions proposed by labor-sending countries like the Philippines and Indonesia.

The disagreement was on whether the pact would be illegally-binding, protect undocumented or irregular migrant workers. cover migrants’ family members, or would include migrant workers from non-ASEAN member states.

“If the consensus still does not address these core issues, then President Duterte just signed a ‘landmark’ spoiler for migrants rights that, ironically, the Philippines has been contesting for 10 years now,” Migrante said.

The group said the process behind drafting the document was marked by “a lack of clarity, consultative process and scarcity in information-sharing with relevant stakeholders, including migrant workers themselves.”

“Proposed changes to the draft instrument, to exclude families, undocumented migrant workers and to remove legally-binding clause of the draft, would have a significantly negative impact on migrant workers. If Duterte brokered the signing of such a consensus, then he cannot boast of having signed a ‘centerpiece’ agreement for ASEAN migrant workers,” it said.

Migrante said migrants will not be able to maximize the benefits of the pact if the implementation is optional for member states, so it should be legally-binding.

The group added that the ASEAN Charter’s principle of “non-interfence” has been used consistently as an excuse to avoid state human rights obligations.

“The emphasis on ‘regional particularities,’ principles of ‘sovereignty’ and ‘non-interference’ allowed the perpetuation of human rights violations in deference to the goals of regional and inter-governmental collaboration and economic development,” Migrante said.

ASEAN member states should also put into consideration the social costs of migration to families, including the children left behind.

“When migrant workers leave their children behind, the children are more likely to suffer academically, have emotional problems, suffer from substance abuse, be forced into the labor force at an early age, and suffer physical or sexual abuse,” Migrante said.

The group also called for the creation of an ASEAN-level body to address migrant-related violations and concerns.  This may be in the form of a consultative body or a tribunal or court dedicated to facilitating trials and imposing sanctions on violators, or reprimand governments that would violate the consensus.

‘Gift to the region’

Philippine Department of Foreign Affairs (DFA) spokesman Robespierre Bolivar earlier said that the signing of the consensus would be  “a centerpiece of the Philippine chairmanship” of ASEAN.

Bolivar said that the consensus to be signed this year “implements the commitments” contained in the 2007 declaration.

DFA said that the consensus document includes the following provisions:

When asked before about the nature of the document, Philippine Labor Secretary Silvestre Bello III said: “We do not just mention whether it is legally, morally binding. We just assume that when you enter into an agreement, you have a commitment and therefore, you have [an] obligation.”

“We just didn’t spell out if it’s legally or morally or politically binding. What is important is the signatories are aware that they have a commitment when they sign the agreement,” he added. – Rappler.com