IN PHOTOS: Black Friday protest against Duterte’s war on drugs Facebook Twitter Copy URL
Copied
Leftist groups lights candles for the victims, relatives, and defenders of those killed in the drug war

MANILA, Philippines – Leftist groups staged a “Black Friday” protest to raise the issue of extrajudicial killings due to the administration’s campaign against illegal drugs.

On Friday, December 1, groups Karapatan, Rise Up, and Save Our Schools Mindanao lighted candled at the Bantayog ng mga Bayani in Quezon City for the victims, relatives, and defenders of those who were killed.

“The horrors of the drug war continue, as [President Rodrigo] Duterte repels local and international condemnation with his idiotic hubris. Many activists, progressive organizations, and targetted communities are aware of the brutality and abuses that the State’s security forces are capable of, and we see it more at an alarming rate,” said Karapatan Secretary-General Cristina Palabay. (READ: The Impunity Series)

Data from the Philippine National Police (PNP) show that as of July 26, 3,451 suspected drug personalities had been killed in legitimate operations.  (READ: IN NUMBERS: The Philippines’ ‘war on drugs’)

The Commission on Human Rights believes, however, that killings have exceeded the number the government suggests.

Here are some photos from the Black protest by Maria Tan: 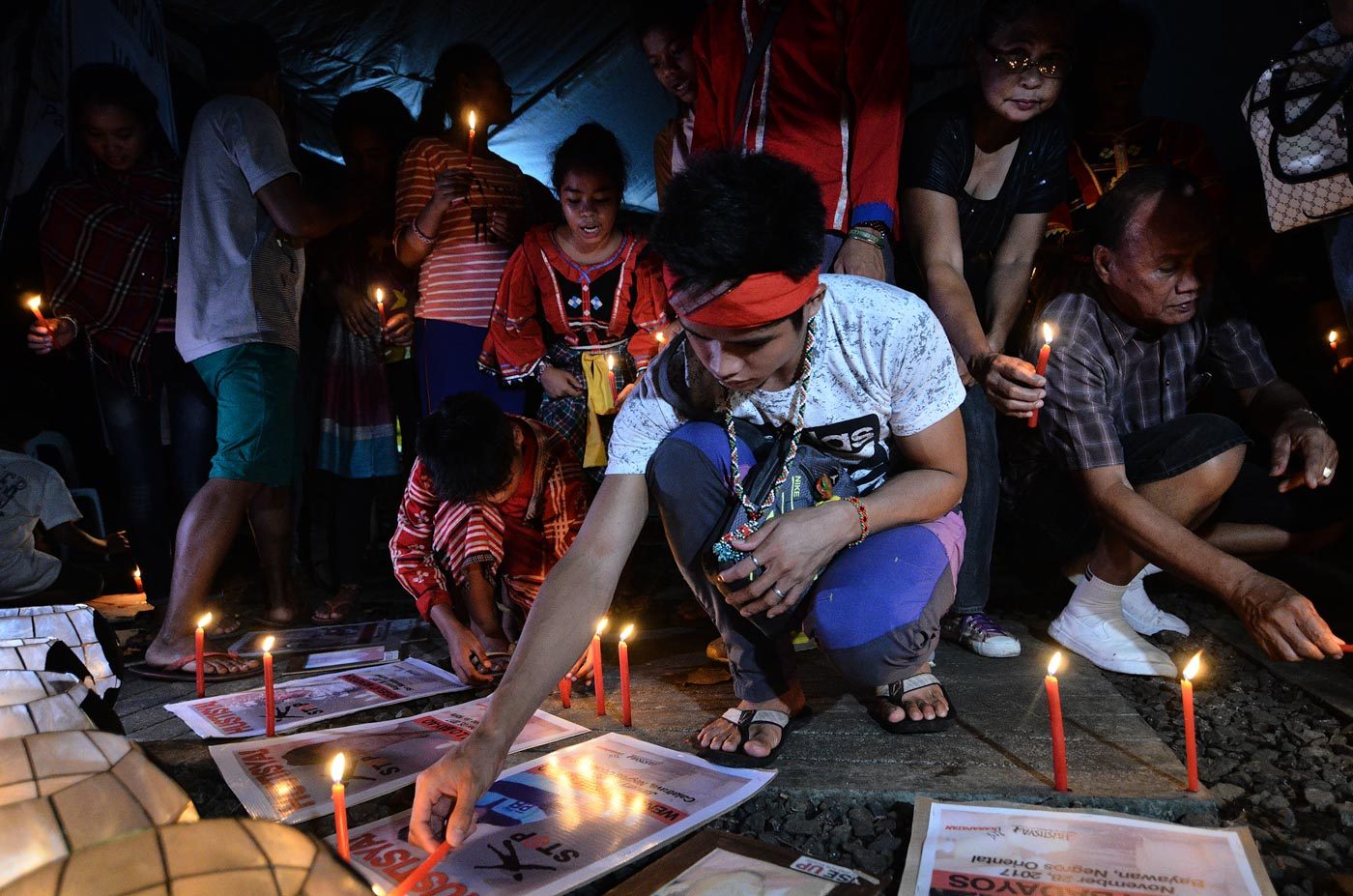