IN PHOTOS: 280 families in Guiuan evacuate ahead of Urduja landfall GUIUAN, Philippines – Rochel Waniwan, a 34-year old mother from Guiuan town in Eastern Samar, did not take chances before Tropical Storm Urduja’s (Kai-tak) intensifies. On Thursday, December 14, she took her family, including her three-month old baby, to an evacuation center in Barangay Cogon.

They were among the 280 families from coastal barangays in Guiuan, Eastern Samar that have evacuated before Tropical Storm Urduja (Kai-tak) hit land.

Urduja, which was almost stationary off the coast of Eastern Visayas early Thursday evening, December 14, was expected to make landfall in Eastern Samar on Friday morning, December 15. The tropical storm has maximum winds of 65 km/h and gustiness of up to 90 km/h. (READ: EXPLAINER: How tropical cyclones form). It brought moderate to heavy rain to the region. The provinces of Eastern Samar, Northern Samar, Samar, Leyte, Southern Leyte, and Biliran comprise the region of Eastern Visayas. Mayor Christopher Sheen Gonzales advised Guiuan residents to stay home or in the evacuation centers until further notice.

Affected residents can call the Municipal Disaster Risk Reduction Management officer through this hotline: 09369274926. They can also leave a message on the town’s Facebook account.

Below are some images taken by Rappler’s Martin San Diego from Guiuan town: 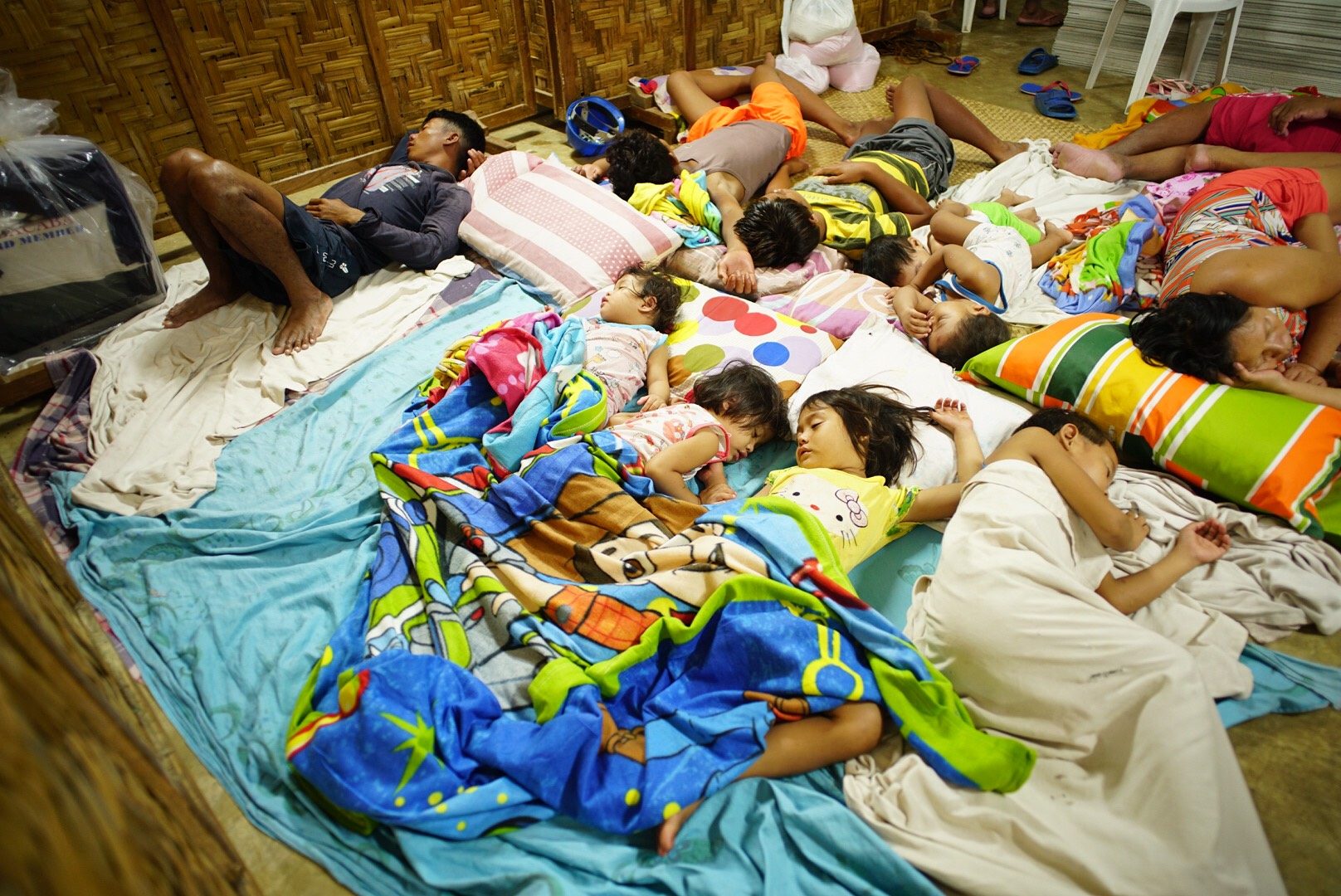