Dec 15, 2017 6:23 PM PHT
Rappler.com
Facebook Twitter Copy URL
Copied
The drills, regularly organized by the NDRRMC, aims to ensure that the public from the barangay to the national government knows how to respond to earthquakes. 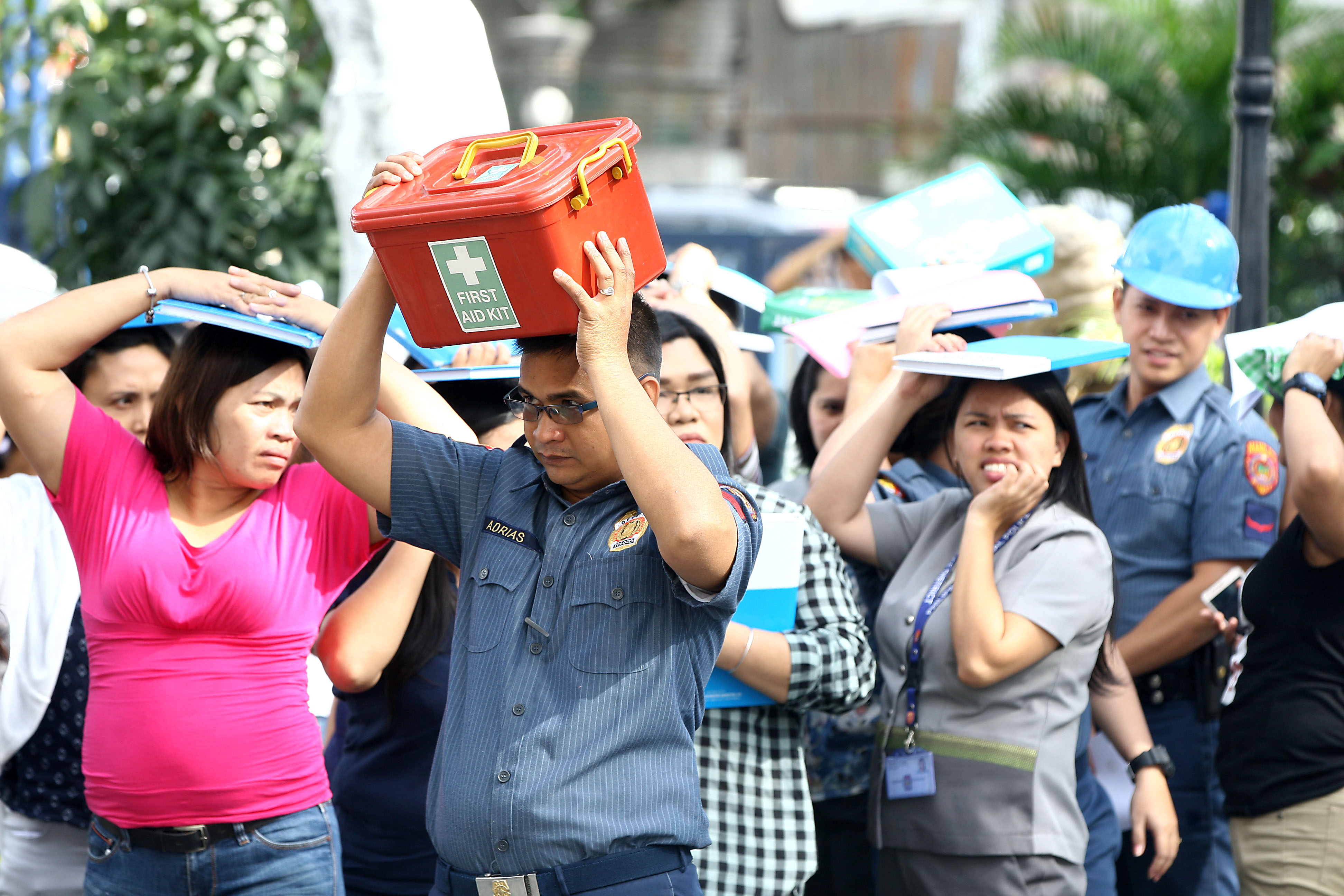 Around the country, thousands of participants from the government,  non-government organizations, and schools performed the duck, cover, and hold technique for the regular nationwide drill led by the National Disaster Risk Reduction and Management Council (NDRRMC).

The drill, now on its 4th edition this year,  is regularly organized by the NDRRMC to ensure that the public from the barangay all the way up to the national government knows how to respond to earthquakes.

The first 3 nationwide earthquake drills this year were held in Cebu, Davao, and Cavite respectively. (READ: Earthquake tips: what to do before, during, and after)

The third edition of the nationwide drill was widely criticized because it was scheduled during the anniversary of Martial Law declaration on September 21 where anti-Marcos mobilizations were expected. (READ: Netizens ask: Why hold quake drill on martial law anniversary?)

It was reset to September 27 after President Rodrigo Duterte declared September 21 a holiday.

The quarterly simultaneous earthquake drill is held to test the preparedness and workflows of all government units in case a strong earthquake strikes anywhere in the country.

In Metro Manila, a study suggested that the movement of the West Valley Fault, which was expected to happen within our lifetime, is estimated to cause a 7.2 magnitude quake in metropolitan region and neighboring cities and towns. (READ: Preparing your family for an earthquake)

At least 35,000 people could die and thousands more injured, the study estimated. (READ: INFOGRAPHIC: How powerful is a magnitude 7.2 earthquake)

To spread awareness and start earthquake preparedness at homes and workplaces, NDRRMC also encouraged netizens to harness social media in influencing their friends to participate in the earthquake drill. The official hashtag for this year’s fourth NSED is #BidaAngHanda. – Rappler.com

Did you participate in the earhquake drill? Share your photos during the nationwide earthquake drill on agos.rappler.com/map