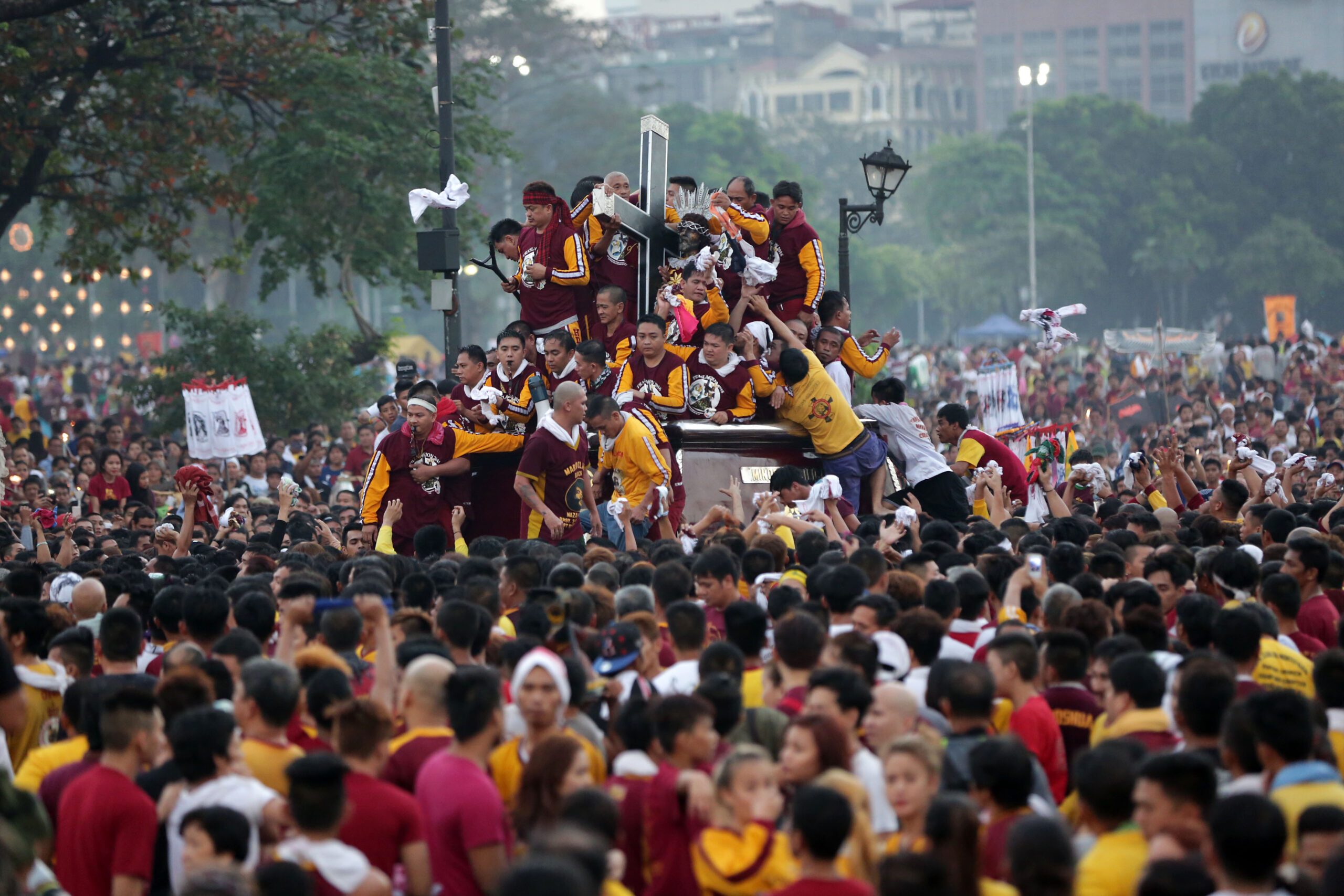 MANILA, Philippines – As the year opens, Black Nazarene devotees prepare for the upcoming Traslacion on January 9, 2018.

Millions of devotees of the Nuestro Padre Jesus Nazareno pledge to participate in the procession starting at Quirino Grandstand to Quiapo Church every year, hoping for miracles or thankful for them.

The Black Nazarene statue, crowned with thorns and bearing a cross, was brought to Manila by Augustinian priests in 1607. It is also believed to have been partially burnt and blackened when the galleon carrying it caught fire on a voyage from Mexico, another Spanish colony at the time.

The official Facebook Page of the Minor Basilica of the Black Nazarene in Quiapo released the list of activities for the upcoming Traslacion. Here is the list: