Facebook Twitter Copy URL
Copied
Dubbed as the #BlackFridayForPressFreedom, the gathering is just one of the many protests organized following the SEC ruling against Rappler

MANILA, Philippines – It was a rare image: Members of the media were on the other side of the lens, the subject of tonight’s coverage.

Four days since the Securities and Exchange Commission (SEC) revoked the registration of Rappler, press freedom advocates gathered at the Boy Scout Circle, the roundabout at Timog and Tomas Morato intersection in Quezon City at 6 pm on Friday, January 19. Dubbed as the #BlackFridayForPressFreedom, the gathering is just one of the many protests organized following the SEC ruling – one that is considered by many media groups as the worst assault on press freedom since Ferdinand Marcos declared Martial Law more than 40 years ago.

Attendees of the protest came from various sectors outside the media – bloggers, artists, students, and the academe.

Tonyo Cruz of the Let’s Organize for Democracy and Integrity (LODI) jumpstarted the gathering by urging members of the media to bring out their phones, cameras, and ballpens – their weapons at their line of work.

(Let us show to the public our supposed crime. Let us show why we are being persecuted by the president – for reporting the truth) 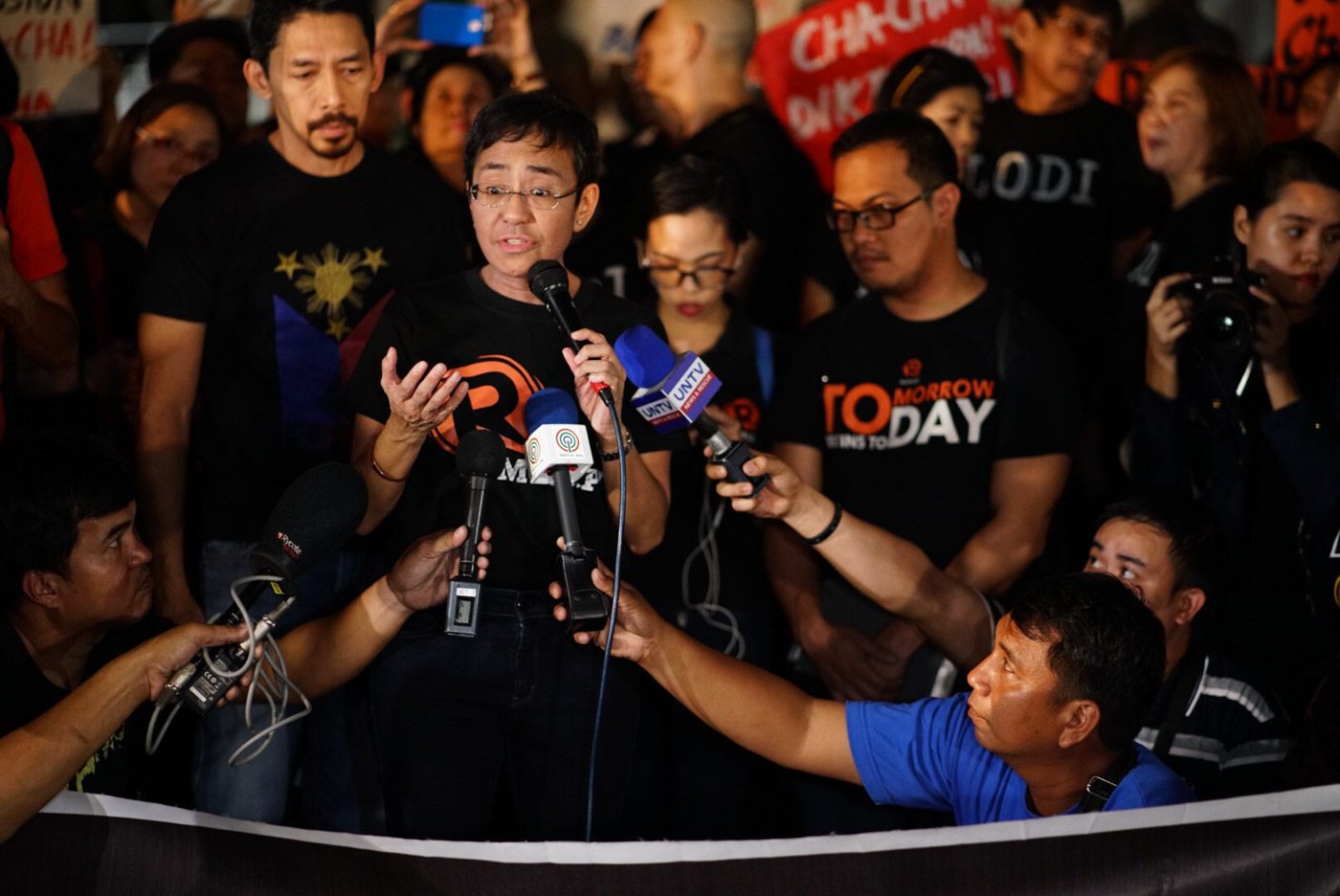 During the protest, Ressa emphasized that journalism is not a crime.

“We’re just journalists and yet there’s a lot effort being put in trying to make journalism a crime – which it should not be,” Ressa said, adding that both the SEC decision and the subpoena that she and a former reporter received on Thursday are political in nature. The online news organization is not alone in this. (READ: Campus journalists say press freedom is everyone’s battle)

According to the College Editors Guild of the Philippines (CEGP), many alternative media journalists have been tagged by Duterte himself as communist or members of the New People’s Army. One of them is Sherwin de Vera, an environmental journalist from Ilocos Sur who, according to CEGP was arrested for trumped-up charges of rebellion.

Kathyrine Cortez of media outfit Radyo ni Juan, on the other hand, has been reportedly harassed and tagged as a supporter of the Communist Party of the Philippines, according to CEGP.

Duterte has also threatened to block the renewal of ABS-CBN’s franchise and publicly criticized the Philippine Daily Inquirer for its supposed “slanted reporting.” For these press freedom advocates, these series of attacks against the media are reminiscent of the crackdown against the press more than 3 decades ago during Martial Law, dubbed as the darkest chapter of Philippine history. ‘Stay with the story’

The protest, according to the attendees, goes beyond the issue of press freedom. It is also about the people’s right to know – the bedrock of other kinds of freedom enjoyed by Filipinos. The veteran journalists have called on the public to stay with the story.