In fighting disinformation and trolls, silence ‘cannot be an option’ 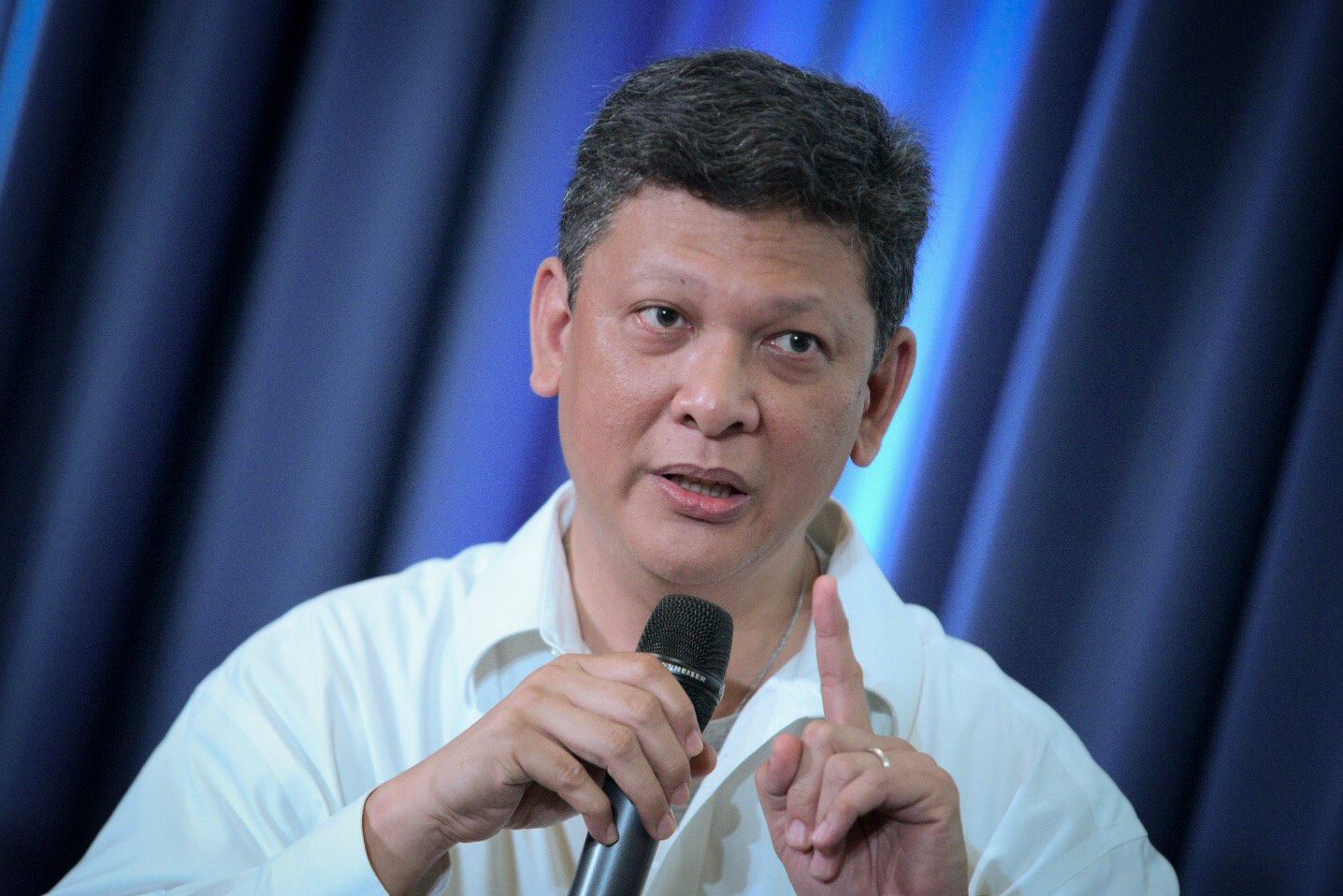 “If you want to make a real difference… fight for your right to be online. Don’t surrender the space to people who are faceless, nameless, and mindless,” said TV5 news anchor Ed Lingao during the Democracy and Disinformation Forum at Ateneo de Manila Rockwell on Tuesday, February 13.

He also said that in the fight on ‘fake news,’ we should not let the government take charge of the  resolution.

Lingao explained, “…any administration throughout history will (sic) label any information that goes against them as fake, erroneous, or politically-driven.” (READ: Fake news law can be ‘dangerous’ – former Al Jazeera correspondent)

The forum was jointly organized by the Inquirer, Rappler, other media organizations, and educational partners. During the second Senate probe on the proliferation of ‘fake news‘ Senator Manny Pacquiao wanted the government to license bloggers.

Uymatiao, part of the editorial team of the 9-year-old independent blogger group Blogwatch, said that it is anyone’s right to speak and express. She said they even defended then celebrity blogger and now Presidential Communications Operations Office Assistant Secretary Mocha Uson when she was petitioned to be banned from Facebook because of spreading ‘fake news’ and misleading posts.

“But when she said ‘I’m just a blogger’ as if bloggers do not have any responsibility, we counter-reacted as Blogwatch,” said Uymatiao in mixed Filipino and English.

Uymatiao explained that there are responsible bloggers, some even without ad revenues. She also noted that they do fact checking and have correction pages for erroneous posts. “There has been disinformation not just on [blog] websites, Twitter, and Facebook – but also on Wikipedia,” said Carlos ‘Naz’ Nazareno, a programmer advocating against historical revisionism, particularly on Martial Law and the Marcoses.

In 2017, The Guardian reported that during the controversial hero’s burial of the late strongman Ferdinand Marcos, a huge spike in the number of edits occurred on the dictator’s Wikipedia page. (TIMELINE: The Marcos burial controversy)

He said these malicious acts should be countered by creating a well-vetted list of ‘fake news’ sites and to “…not be intimidated… [and] silenced” as this is part of an orchestrated attack to pursue historical revisionism. (READ: Chief disinformation architects in the PH: Not exactly who you think)

“Don’t engage to win an argument. Engage because something needs to be said… engage to make what is true, win,” she said. She shared that to make facts reach the youth, they held concerts that focused on human rights at train stations and clubs but now the fight has shifted to the internet and the digital sphere. (READ: Facebook admits social media threat to democracy)

“My point is that silence cannot be an option anymore…silence right now is violence,” said Badoy referring to the state of the Duterte Administration. (READ: HRW: Duterte’s ‘shoot women in vagina’ remark violates int’l humanitarian law)

The panel agreed that to defend facts and fight historical revisionism, they should be showcased in a more digestible way for the public to absorb such as using videos to present data stories.

“I do agree that social media is a warfield but there are also other warfields. There is a warfield in real life,” said executive director of the Philippine Educational Theater Association, Beng Cabangon.

PETA, a 50-year-old theater company, engages in social commentary through the use of arts even combating the ‘culture of silence’ during Marcos’ Martial Law.