Apr 29, 2018 5:57 PM PHT
Rappler.com
Facebook Twitter Copy URL
Copied
What does it take for a woman to succeed in the military? What does it take to achieve gender equality in a male-dominated world? 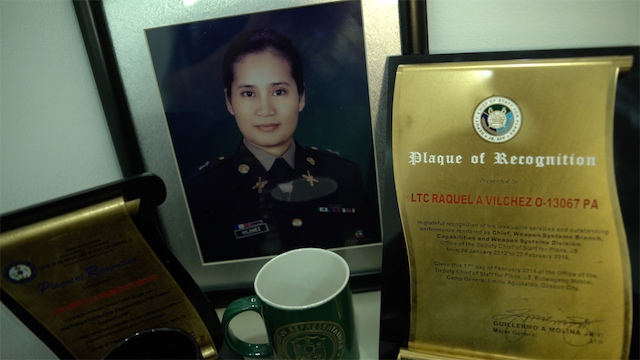 MANILA, Philippines – There’s a new chief in the Army Gender and Development Office in the Philippine Army. She’s Lieutenant Colonel Raquel Vilchez, a member of the Philippine Military Academy (PMA) Sanghaya Class of 2000.

Vilchez shares valuable insight into instilling gender equality in the military. Her experience as a mother in the Army and her well-honed competitive instinct comes in handy in her new role.

Vilchez tells Rappler how she juggled career and family, and how she earned the respect of her peers and superiors in a male-dominated world.

She tells Rappler that she would have succeeded when the day comes that there would be no need to distinguish females from the male warriors. – Rappler.com