Apr 24, 2018 9:31 AM PHT
Bonz Magsambol
Facebook Twitter Copy URL
Copied
Panelists at the #FactsMatterPH forum held in Laguna share their thoughts on how ordinary citizens can take part in preventing the spread of disinformation online 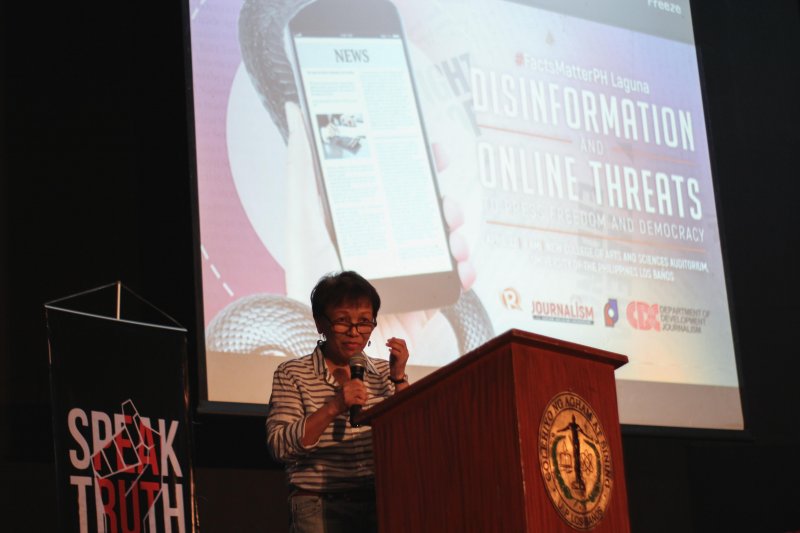 LAGUNA, Philippines – Be more discerning about what you read and share online, and don’t fall victim to fake news.

This was the response of the panelists at the #FactsMatterPH forum “Disinformation and Online Threats to Press Freedom and Democracy” when asked how ordinary citizens can take part in preventing the spread of disinformation online.

During the forum held on Monday, April 23 at the University of the Philippines Los Baños (UPLB), community journalist Ricarda Villar of The Los Baños Times stressed the importance of filtering stories online.

She compared it to how people choose the photos they post on their social media accounts.

National Union of Journalists of the Philippines Secretary General Dabet Castañeda-Panelo said what distinguishes journalists from bloggers is that they maintain accountability for their stories.

“Newsgathering is a long process. News that you read and watch on television undergo a thorough process of vetting and verification. Unlike stories from fake websites, they do not have editors who vet information,” said Panelo.

Meanwhile, Julianne Afable, editor-in-chief of UPLB’s official campus publication The Perspective, shared that campus journalists are also on the receiving end of hatred online. Afable said that their Facebook page also gets trolled whenever they publish stories that do not favor the students.

(There were comments from trolls on our Facebook page saying that our news was fake but it’s not.)

Veteran journalist and Rappler editor-at-large Marites Dañguilan Vitug said that to earn the public’s trust, news organizations should be transparent whenever their journalists commit mistakes.

“Trust is earned through time. Efforts of news organizations should be doubled in selecting stories they write and publish on their websites,” said Vitug.

For Rappler’s Stacy de Jesus, news organizations should take time to visit their communities and talk to them. According to her, there is so much anger online and it thrives from propaganda machines which aim to discredit the media.

“When you meet them in person and talk to them face to face, you’ll get to know if you have their support in a very civil manner unlike those happening online,” De Jesus shared.

De Jesus also stressed that while the work of journalists should speak for itself, if they just let the lies against them spread, their credibility will suffer.

“What we do is go out and talk to people to really hear the sentiments. At the end of the day, our job is to report news and tell stories. We get distracted of the attacks we get online, nawawala ‘yung point ng trabaho (we forget the essence of our work),” De Jesus said.

This was echoed by Panelo: “Social media is not the world. Turn off your phones and go outside. Go to communities and know their stories.”

Journalists during the forum agreed that the fight against fake news should be a collective effort between the media and the people. 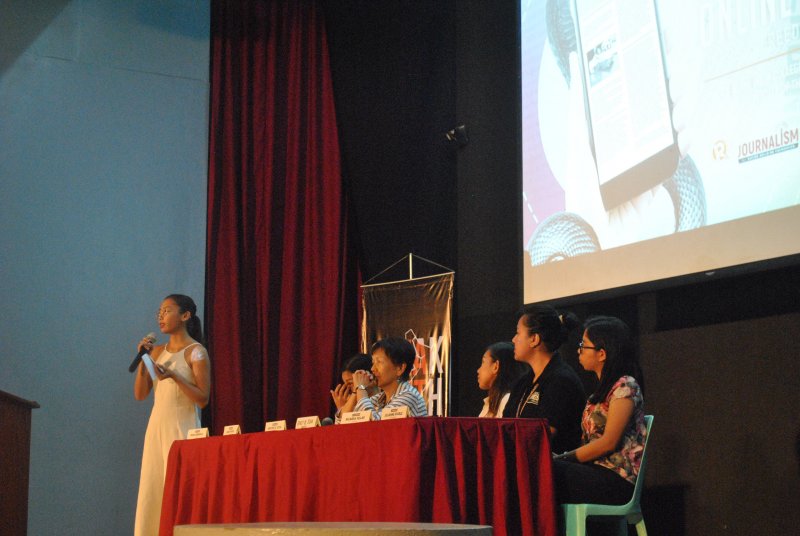 According to Villar, people should not be passive, and should not expect that journalists will always do the job. For her, the public should do their part too.

“If you enjoy all the freedoms in this country, you also have a role to play,” she added.

De Jesus, meanwhile, advised people to stand up for the truth.

Afable also asked people to avoid sharing fake news online, and to take a screenshot instead of the post and add comments to debunk the lie.

How about you? How can you take part in preventing the spread of fake news online? Join the discussion online by using #FactsMatterPH. – Rappler.com