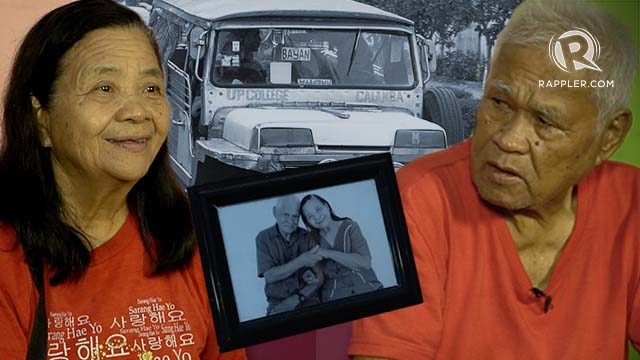 Facebook Twitter Copy URL
Copied
Rene Mojado is already 82 years old, but he still drives a jeepney to and from the UP Los Baños campus. By his side all day is his wife Aida, 76.

LAGUNA, Philippines – Under the scorching heat of the sun, Rene Mojado and his wife Aida traverse a busy road at the University of the Philippines Los Baños (UPLB) to earn a living.

Rene, 82, drives his jeepney along the stretch of Lopez Avenue in Los Baños, Laguna, going to the UPLB campus. But he’s not alone. Aida, 76, joins him daily to help him give change to passengers.

Aida said she accompanies Rene on his trips because she feels bad whenever he drives alone.

(I pity him when he has to drive the jeepney alone. Imagine, I’m at home, then he’s out all day, driving…. I won’t allow that. What if something happens to him while he’s driving?)

The need to work

The lolo (grandfather) and lola (grandmother) would usually wake up at 5 o’clock in the morning and leave the house an hour later.

(We have to wake up early because students’ classes typically start at 7 am. We also eat lunch outside. Then we return home around 7 in the evening, depending on the traffic.)

Rene and Aida have 3 children, who all have their own families. Their eldest Fe, who is separated from her husband, lives with them along with her 4 children. Three of Fe’s children are still studying – two in college and one in 10th grade.

Fe’s meager salary as a saleslady in a small rice store is not enough for their daily needs. Because of this, Rene and Aida decided to continue working despite their old age. (We help our 4 grandchildren. Two of them are college students and one is in Grade 10…. We give them allowances, and we also spend on our food.)

The elderly couple’s other children have asked them to stop working and just stay at home. But Aida argued that they don’t want the two college students to quit school.

(We don’t want our grandchildren to stop attending school since two of them are about to graduate already.)

According to Aida, they’ve only earned an average of P700 a day since the start of the year. They used to earn as much as P1,000 a day last year, when fuel prices were lower.

But with the rising prices of crude oil in the global market as well as the Philippines’ tax reform law, consumers like Rene and Aida have been affected.

Asked if P700 is enough to sustain their daily needs, Aida said: “Hindi rin sapat. Tinitipid lang namin.” (It’s not enough. We’re just being as frugal as we can.)

Despite these challenges, they have no plans of retiring anytime soon. “Hanggang nakakakuha pa si Rene ng lisensiya at kaya pa namin, mamamasada pa kami,” said Aida. (As long as Rene can still get his license and we can still work, we won’t stop.)

According to the couple, their strong relationship makes challenges bearable. 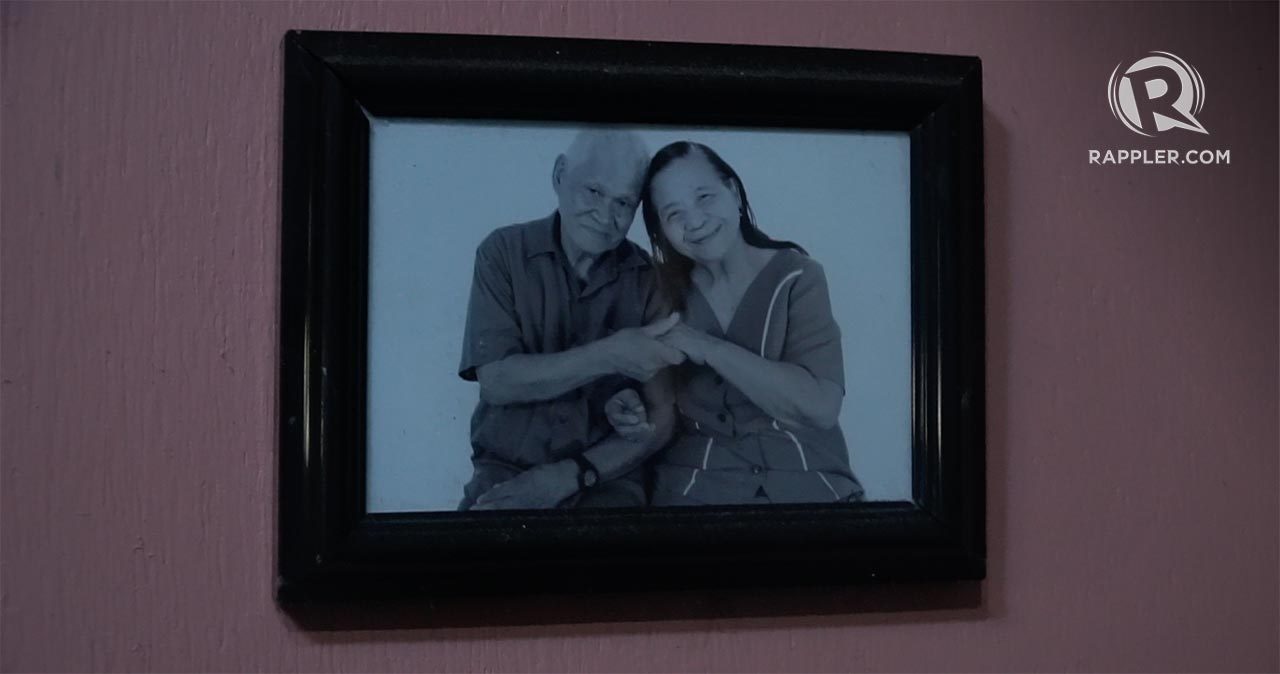 But it wasn’t exactly a smooth start for them. According to Aida, she could not say yes to Rene when he first asked her to be his girlfriend decades ago.

(When he returned to the Philippines, he was already planning to win me back. But it took him a long time to woo me. Then we finally got married.)

Since then, they’ve been inseparable. During their days off, Rene and Aida attend church activities.

Not surprisingly, their story has touched the UPLB community as an example of a relationship showing “may forever” (forever exists).

UPLB student Joshua Jonas said he could feel the love when he got the chance to ride Rene’s jeepney.

(Whenever Lola Aida gets passengers’ fare and hands out change, you can see the love on her face.)

“It’s not every day that I see an [elderly] couple who works together to make ends meet,” added Jonas.

Aida is very mindful of how Rene drives. She tells him if he’s going too slow or too fast.

(Whenever a passenger is about to get off, I tell him, “Dad, stop the jeepney.” Then he’ll respond, “Yes, I heard the passenger.” Then we’ll have a good laugh.)

There are a lot of jeepneys in the UPLB campus, but what makes Rene’s jeepney unique are the hand fans. According to Aida, they put these up for the comfort of the students. Key to a lasting relationship

Rene and Aida have been together for 50 years now. Their secret? Understanding.

Like most couples, they also argue, but they don’t let the day pass without resolving their issue. On the day they got married, they promised each other that arguments wouldn’t separate them.

(Whenever he’s mad, I don’t argue anymore and I just understand him. He also does the same when I’m the one who’s mad.)

(I love him very much even though we’re already old. Rene, thank you for making me happy.)

Their marriage, for Aida, is a true blessing.

(I am thankful to God. He is so kind because he will not allow us to get separated from each other… forever.) – Rappler.com