How Malabon City uses tech and bayanihan to combat disasters 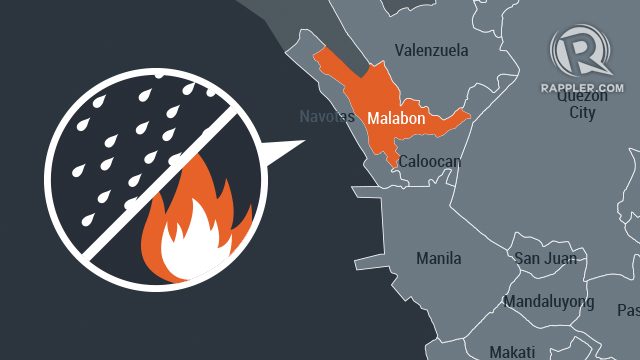 MANILA, Philippines – It was supposed to be another mundane night in Barangay Catmon, Malabon City on May 25, 2018. Leonora Advincula was tucking in her grandchildren to bed when fire broke out several blocks away from her home.

The sirens quickly echoed and responders jumped to the rescue. Fire volunteers quickly lined up to put out the fire, but to no avail. The flames have engulfed houses block after block.

(Responders did their job well. They were fast and people helped, but the wind got really strong.)

It took 5 hours to put out the fire, which razed 450 houses to the ground and displaced 1,000 families. Authorities estimated the damages to be around P4.5 million.

Days after, the City declared a state of calamity. Malabon City officials said that this was the worst fire they ever experienced in recent history.

Despite the damages, there were no reported casualties and only 6 sustained minor injuries.

(I thank god nobody died. I think if this happened in other cities, many died and got hurt.)

Malabon City has only a total of almost 16 square kilometers and is densely populated with almost 400,000 residents.

It is a coastal community and adjacent to Navotas City, the fishing capital of the country. Residents fish in Manila bay and the small creeks and rivers. 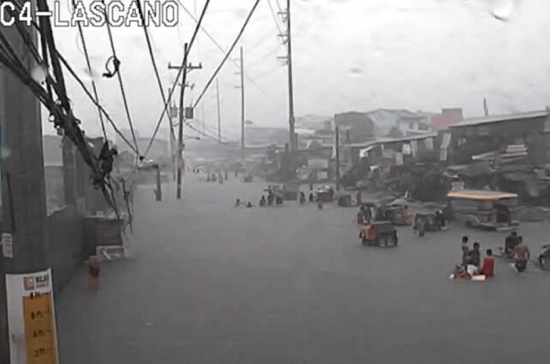 Malabon City is prone to frequent flooding because of its low-lying, flat terrain. High tides and heavy rains mean trouble in most of the barangays, as the area is surrounded with interconnecting rivers, one of which is the Tullahan River– a catch basin.

Houses are mostly made of light materials, which can easily catch fire and spread to other houses. With a strong blow of wind from the ocean, a small fire can easily spread and wreak havoc.

The city is constantly threatened with water and fire.

Despite the threats, the city has zero casualties since 2012 due to flooding and relatively very few people died due to fires, according to the local government.

The city’s weapon? A bird’s-eye view and a phonecall.

Giovanni Reyes, in-charge of the city’s command and control center, said that their secret to quick disaster response is quick coordination among barangays and their state of the art command center.

(When disaster strikes, we just call the officials of the other barangays. ‘Hello, we need help here, please send people as soon as possible.’)

With just a phone call from the disaster command center, vital information such as the severity of a flood, estimated number of people affected, critical areas, and even suggested entry points to the affected area can be relayed to the barangays.

Given the numbers and the situation, barangay officials can then execute protocols for easy dispatching of resources and personnel. They have also established various protocols on how to tap emergency volunteers and launched various drills to educate residents.

(Other cities have more equipment. Here, we have lots of people. They are the key.)

Their coordination scheme draws mostly from their response strategy for “the Big One,” or the feared intense earthquake that might hit Metro Manila.

Based on the Metro Manila Earthquake Impact Reduction Study (MMEIRS), 16,000 buildings will crumble when a magnitude 6.2 earthquake strikes. Since the city is a coastal area, a tsunami of over 2 meters is expected to hit as well. The city hall, which houses the central command center and is near the shoreline, will be hit by the roaring waves.

Since the command center is expected to be the first to fall in such extreme scenarios, emergency equipment and relief goods have been deployed to 5 key barangays.

Barangays Pulong Duhat, Potrero, Panghulo, Catmon, and Letre have their respective disaster centers which have emergency stocks that could last up to 14 days.

The city has enforced the structure for the “Big One” to other related disasters.

(It would be difficult to put all equipment in the city hall, especially that it is far from the other barangays and this is nearer to Navotas.)

Malabon City has also invested on various technologies to monitor the area. The city hall’s rooftop has rainfall and wind-monitoring equipment, as well as a siren that can be heard kilometers away.

Hundreds of CCTV cameras have also been deployed to critical areas. The CCTV feeds can all be viewed on the screens of the command center.

Meanwhile, an earthquake intensity meter is installed in the city hall’s basement.

Just a few meters away from the room full of screens and computers is another room filled with even more screens. However, the TVs are meant to educate volunteers, students, and barangay officials during disaster preparedness trainings. During extreme conditions, the city government also has a text messaging alert system, which sends out messages to all active cellular phones up to 2 kilometers away.

With the available technology and the community’s vigilance, Malabon City has been quite successful in keeping disaster casualties very low.

(We had a wake-up call back in 2012 when heavy rains poured. 17 died and around 20,000 people got displaced. That won’t happen again, we learned our lesson.)

With the available technology and spirit of community volunteerism, the city that is constantly threatened with water and fire can wave goodbye to casualties. – Rappler.com/with Friedrich Naumann Foundation

Friedrich Naumann Foundation (FNF) is always on the lookout for initiatives that inspire social innovation using data and technology, while being grounded on the values of freedom, integrity and courage.