WATCH: How did you come out? Facebook Twitter Copy URL
Copied
In celebration of Pride Month, Rappler talks to members of the LGBT community to ask them about their stories and how they found the courage to come out

MANILA, Philippines – The lesbian, gay, bisexual, and transgender (LGBT) community has come a long way in the Philippines, a predominantly Catholic country, but the fight for equality and inclusion goes on.

Discrimination, both overt and subtle, remains prevalent. The LGBT community is still denied certain civil rights and services. There are negative stereotypes that persist in society.

Despite all odds, however, many people still find the courage to come out of the closet and walk among us as proud members of the LGBT community.

In celebration of Pride Month, Rappler talked to members of the LGBT community to ask them about their stories and how they found the courage to come out. (READ: ‘Rise Up Together:’ Metro Manila Pride March set for June 30) When did you realize you were gay?

Rambo Talabong, 21, gay: I realized that I was gay when I started looking at other guys during elementary. It was just pure fascination. I was just fascinated. I just found them beautiful as people. And right then and there, I realized I was gay. And at first I was trying to deny it. I tried to deny it because you know, I was very Catholic before, but in the end when I hit high school, I just accepted it – I’m gay.

Fritzie Rodriguez, 25, lesbian: I think I first had the idea, but I didn’t have the concept, when I was about 6. But the self-awareness about being a lesbian, probably around college.

Niccolo Angelo Vitug, 36, gay: I had crushes in grade school and high school. I came from an all-boys school. I didn’t identify myself as gay then. I came out in college na. I decided that I’m just done not admitting things to myself, to my friends.

How did you come out?

Rambo: I came out at college. I am from the province and I studied here in Manila. So I didn’t get the chance to be together with my parents at all times, and for this case, also coming out. So I did it through chat. I chatted my mother, I just decided and wanted to come out at second year college. I was thinking about it for a long time already. I messaged her and told her, “Mom, I’m gay.” 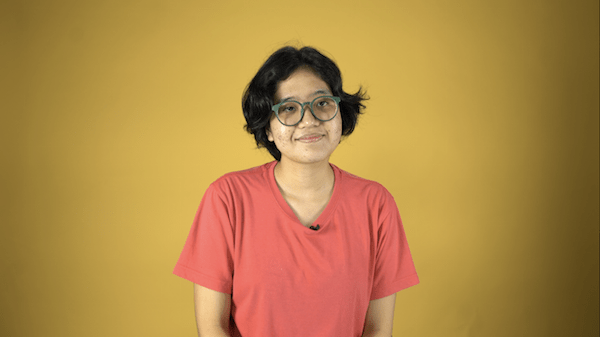 Fritzie: It’s not a one-time thing. Most people would say it’s a process.

The first time was actually through Skype, because I was studying in Japan that time. I had to tell someone, so I skyped my friend and told her I’m a lesbian.

Eventually, I came out to more people. To some of my friends, and when I was about 22, I wrote an article when I was still a full-time journalist. Everyone important to me read it. My parents texted me and said they read it. My dad’s exact words were, “read it, luv u.”

Jeremiah: Actually, sobrang accident eh. It was a fun, happy night. When I was 12 and Grade 6 ako. And then, sa bahay nagsasayaw-sayaw ako. And then my dad asked me, “Bakla ka ba?” I was very hesitant siyempre, shy ako, knowing na my father is a very strict person. But I confidently said, “Yes. Opo. I am gay.”

Niccolo: It started when I placed a call to a friend of mine who was from our high school retreat group. The one who directed the retreat said, “God loved us for who we were.” He even identified one image of Jesus as a “bakla” Christ, so “God came for us.” So I called one friend from that retreat and told him I was gay. He decided to give me a copy of Danton Remoto’s X-Factor. I read that and saw that there’s a possible life for me as a gay person. I talked with other friends.

Eventually I came out to my family. When I was reflecting, I wrote an essay and left it in the printer and then my dad saw it. And so I came out to my dad. Then my mom saw me hang out with this guy frequently. She asked me while we were riding in the car if I was gay. I decided to tell her that I was gay. Kishan: Actually before coming out, I read a thesis about it. I really wanted to confirm. I’m not really that super go with the flow. I wanted to learn about it muna.

Why did you decide to come out?

There was this feeling of hiding constantly. And in that feeling of hiding, there’s always that feeling of fear. I decided that I didn’t want to live with that fear anymore. So I wanted to come out. At times there’s still that fear – that people would judge you. But at that time, or at this time, because I know that I’m already out, I can stand by who I am and not hide anymore. That’s why I came out.

Fritzie: What really pushed me that time when I was in college was actually the RH (reproductive health) bill. It wasn’t a law yet, it was a bill. I was part of a study group when I was 16. I left it already. I was asking them about the RH bill, and why some of their members were against it. And I asked what their thoughts were about the LGBT, and they said things I didn’t agree with. After that, I did some thinking, some reintrospecting, researched about my rights, and I came out. 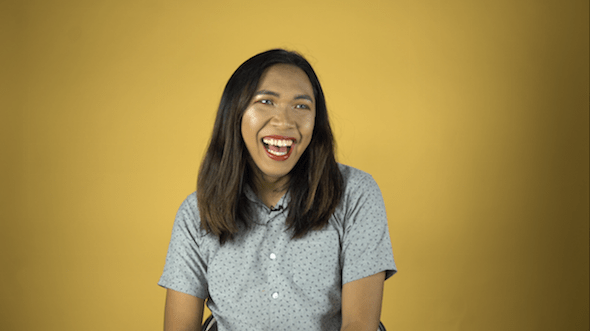 Did anything in your life change after coming out?

Rambo: I think everything in my life changed after I came out. The gender part and the sexuality part are a big part of me. I tried to hide it for years and after coming out, I was able to finally breathe better, live better, sleep better, and wake up better. And interact with people so much better. I didn’t have to conceal my actions. I didn’t have to tone down my voice. I didn’t have to watch out for myself. I didn’t have to be very conscious about what I wore, how I spoke, how I interacted with other people. I just became me.

Fritzie: Yes. A lot of things changed. I feel more comfortable. I was able to find my people in the community. I was also able to use that voice as a writer and I was able to write more topics. Before I would write them as an outsider, but now I can speak as an actual member for the LGBT community. Niccolo: I could move in a freer way. I could be more comfortable with myself. There were people who very visibly reacted. Even my friends, I still feel their unease. But at least I’m true to them and they’re true to me. The discomfort of other people, I can’t do anything about that anymore. That has also become more pronounced, but I also just became more present to them. That’s just the way it is.

Do you have any advice for anyone thinking of coming out?

Rambo: At first I thought that it’s better to come out as soon as possible, but after meeting so many people, so many LGBT people who aren’t out, I realized that the best advice I could give is, “Come out at your own time. Come out at your own pace.”

Fritzie: Don’t feel pressured. Come out at your own pace, in your decision, your own volition. Don’t think you’re required to come out right now, this very moment. If you feel like you need to come out because of other people, even if your intentions are good, you want to empower the LGBT community, if you’re not ready, don’t worry. It will come. You will come out when you’re ready. Just enjoy the process. Keep learning. Don’t discriminate [against] yourself or others.

Jeremiah: My advice for you is, of course, dapat ready ka physically, mentally, and emotionally. Because emotional pain is more difficult to handle than physical pain. You have to be ready. Kahit na tanggapin ka ng buong pamilya mo, kahit tanggapin ka ng lahat ng nakakakilala sa ‘yo, paglabas mo ng bahay, everyone will not think the same way. Dapat ready ka, palaban ka. Know how to defend yourself. There are a lot of people who will discriminate [against] you. Expect that to happen.

Niccolo: I was lucky because I had a community of friends and a family that was pretty open to the idea of coming out. I was blessed with the generosity of people around me. However, I have seen that other people have it differently. It’s more difficult for them on many levels.

But my highest value is to the truth. It’s still to come out. One just needs to be prudent. Look for the spaces where you are welcome and get your strength from there.

Be practical about coming out. If you’re still dependent [on] your family, then please consider that. It has practical ramifications, but it’s still the truth, but you have to dance with the truth.

So you’re gonna thrive to be passable, and be attractive. Masyadong mapre-pressure ‘yung sarili mo na maging maganda. Just be yourself. Somehow, it matters what other people say, pero ang pinakanagma-matter ay sarili mo. If you really can’t keep up with the standards, then don’t. It’s fine. – Rappler.com