How do LGUs decide on localized class suspensions? 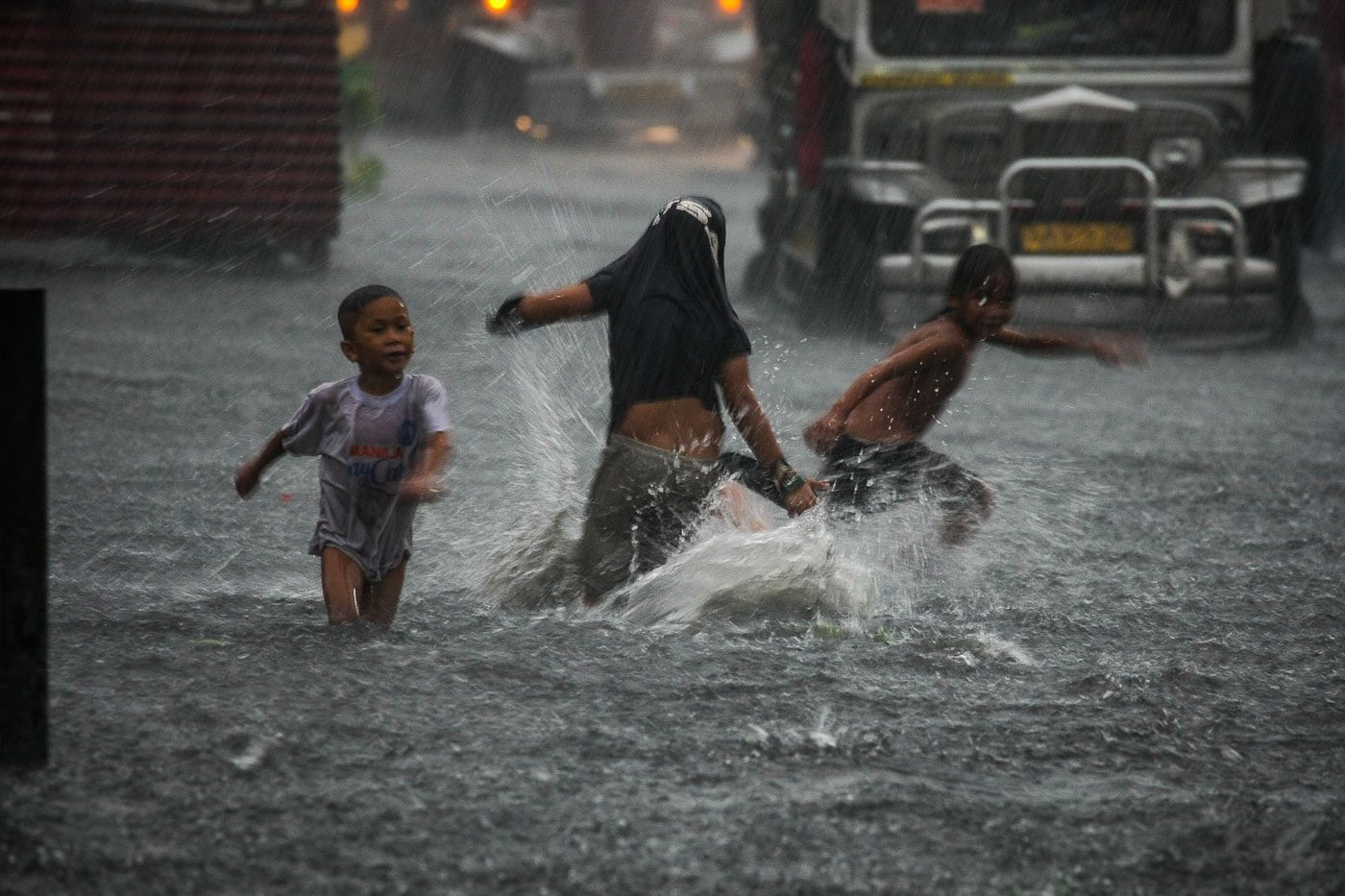 MANILA, Philippines — Of all the cities in Metro Manila, only Pasig, Makati and Quezon City did not announce class suspensions on Monday, July 9.

Their decisions made the internet abuzz and pushed the hashtag #WalangPasok as one of the top trending topics on Twitter, with many students begging the 3 cities to suspend classes in case of a strong rain.

Given this forecast, PAGASA decided against raising storm signals over any area.

The online noise eventually fizzled out on Monday as the sun shone over Metro Manila in the morning and only drizzled a few hours in the afternoon.

‘We have our basis’

Executive Order no. 66 signed by former President Benigno Aquino III in 2015 provided the guidelines for the automatic cancellation of classes and work in government offices, depending on the storm signals raised by PAGASA.

In the absence of signal warnings, the responsibility of cancelling and suspending classes and work in government offices fall into the hands of the local chief executives. Their decisions are guided by PAGASA, the National Disaster Risk Reduction and Management Council (NDRRMC) and their local DRR chief.

“Usually, we analyze, cite it and recommend it to the mayor, then we consulted with the head of city schools, Dr. Quesada of Quezon City. And then, if she’s also not recommending suspension because there’s no threat of flood and there’s sun, we’ll agree not to cancel.” said Marasigan.

Marasigan shared that suspension of classes doesn’t solely on the DRRM team.

While in Pasig, disaster disaster risk reduction and management (DRRM) Chief Ritche Van Angeles said that they put a lot of effort in ensuring accuracy in their decision-making during disasters. In fact, to avoid mistakes, they do not solely base their decision to suspend classes on PAGASA’s advisory.

They also maximize the instrument and technology they have available at their headquarters. Pasig City is one of the local government units in Metro Manila with the most advanced technology for disaster risk reduction. (READ: Pasig City: Learning from Ondoy, ready for the rain)

Through a tool called mediogram, for example, they are able to automatically monitor weather stations and check typical weather indicators such as humidity, precipitation, wind direction, wind speed, barometer readings, and air pressure. (We’re looking in Doppler, then the satellite. We’re also checking the forecast, the analysis of the forecaster. If it’s raining, we check our own sensors if the water levels are rising.)

Ultimately, they use scientific data to decide weather it is worth it and safe to send students to school and government employees to work.

According to Marasigan, what they do not prioritize in their decision-making are the online noise and social media pressure coming from the public.

(We just replied that we have scientific basis in deciding not to suspend. It happened on Monday, it was a good decision because it’s sunny in the afternoon. So commended us, some got angry just because we didn’t cancelled but it’s not about pleasing anyone here. We are just doing our job to make sure that we give the right information.)

Angeles also noted that the tendency of many LGUs is to give in to the social media pressure that arises when one LGU decides to suspend classes. This should not be the case, according to the DRR chief, considering the different hazards present at each locality.

“If one or two LGUs declared suspensions, other LGUs will just follow. That’s the sad realization that the basis of suspension of classes: it’s not anymore based on scientific (data), but because of social media pressure,” Angeles said.

According to Angeles, a possible reason of miscommunication is the lack of standards and guidelines in the suspension of classes. He said that a small drizzle should not stop students from going to school.

(It is not a good practice for children that when it rains, there are no classes. When they grow up, they will not go to work anymore just because it’s raining. We should have a basis.)

When asked about how they deal with the reactions of their constituents over the LGU’s decision on class suspension, he said, “They have the right to say their piece, but for us, there are people in the government who undergo such training, with experience. And we handle our job and give recommendations because there’s scientific basis.”

Angeles also asked the public to understand and trust their local government’s decision.

(It’s a little bit unfair to say that we don’t care for others. The reason that we attended trainings and studied about this is because we wanted to ensure the safety of our families. It is hoped they should  trust their own localities and LGUs who are deciding this way). – Rappler.com