Boracay shifts to e-tricycles by August 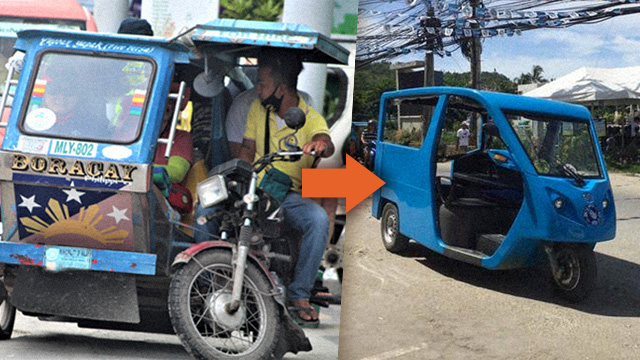 MANILA, Philippines – Only electric passenger tricyles (e-tricycles) should be seen plying the streets of Boracay by August this year, when the Malay town government in Aklan enforces the phaseout of motorized public tricycles in the island.

Former Malay town council member Rowen Aguirre, Executive Assistant for Boracay Affairs, said the move aims not only to improve the convenience and reliability of the island’s main mode of transportation but also to curb the effects of climate change. (WATCH: Why it’s time to act on climate change)

According to Aguirre, motorized tricycles were initially introduced to the island as a temporary mode of transportation. The local government searched for possible replacements for some time but was unsuccessful in doing so, he said.

When electric vehicles became popular in the early 2000s, Malay town officials considered e-tricycles as way to go for the island.

Aguirre and other local officials have pushed for the shift to e-tricycles, but the implementation of the e-tricycle policy proved to be a continuous struggle. Several administrations approved the policy but it was never fully implemented due to resistance of a number of tricycle operators, and the difficult search for e-tricycle manufacturers with reliable aftersales service.

Rose Martin, an operator of two units of tricycles, said she was only shifting to e-tricycles because the government has mandated it. She believed that the shift will become more inefficient and expensive on the operator’s part, and that e-tricycles will not put a dent on efforts to ease the effects of climate change since vehicles running on fossil fuel are still allowed on the island.

“They are  only replacing passenger tricycles, but that does not really do much for the environment because the trucks, the cargo tricycles, and other motorized vehicles of resorts and delivery companies remain in operation on the island. We tricycle owners are then forced to take out loans just to be able to purchase e-tricycles that are very costly, to allow us to continue operations.” 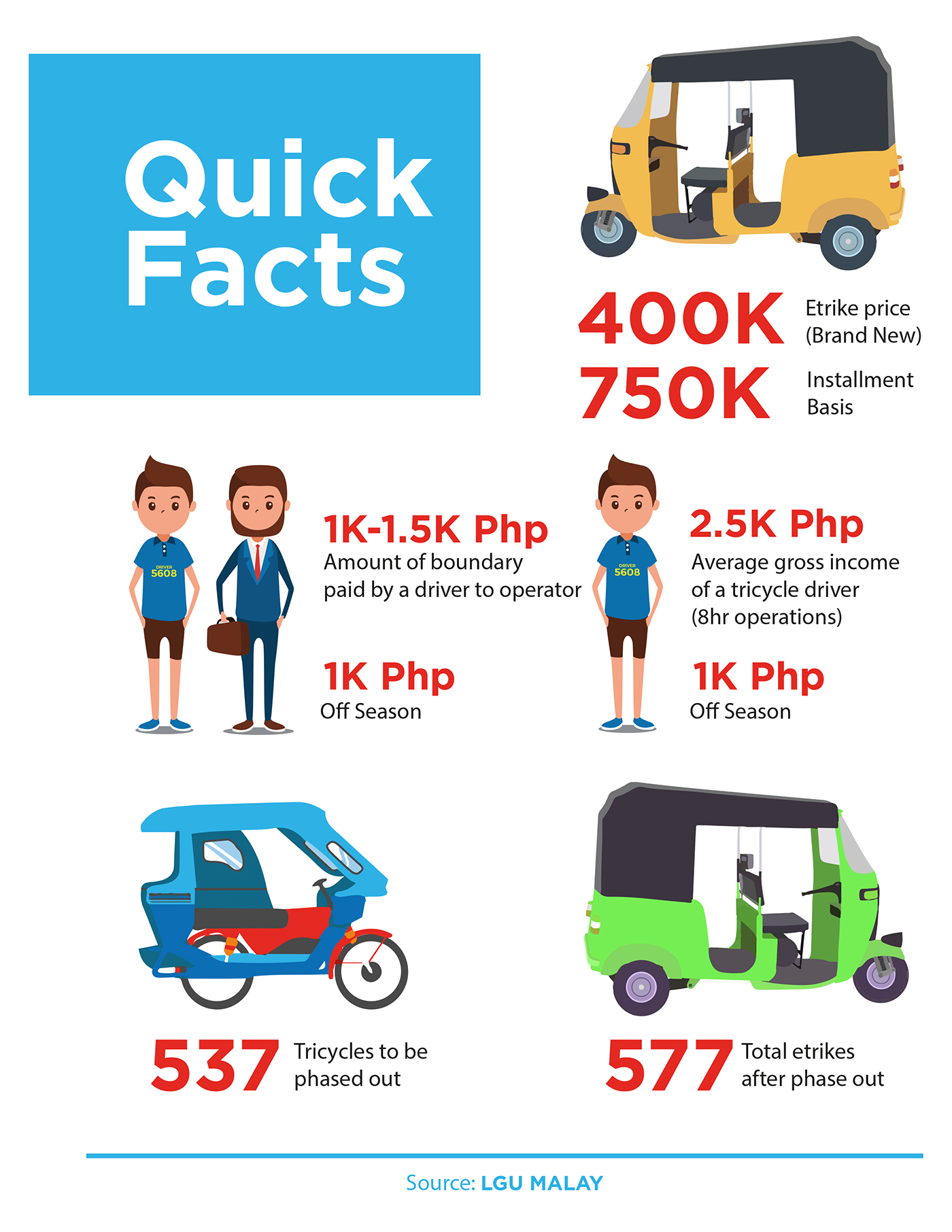 Martin has no option but to replace her tricycles. She is carefully weighing brand options based on reviews and feedback she gathered from e-tricycle operators.

Some brands offer a very low to no down payment scheme, while other terms of payment extend to 3 years. Prior to the closure, Martin earned at least P2,500 from each of her tricycle units.

However, during her first few years operating two e-tricycles, remittance from her drivers only covered the vehicles’ daily amortization and electricity bills.

Despite such feedback from operators, Aguirre believed the island’s shift to e-tricycles will ensure a more tourist-friendly, environment-friendly, and people-friendly mode of local transportation.

“There are no emissions and no noise pollution. I believe – initially – people, especially operators, are not really agreeable with the shift. They do not want to shift to something they are not comfortable with. As local government, it is imperative [for] us to initiate the plans and force people to comply by exercising political will because it is the right thing to do.” Aguirre said.

“Once we finish the e-tricycle program, we will also focus on addressing issues with the other types of vehicles on the island,” he said.

Aguirre is aware that using climate change to compel people to support the shift to e-tricycles will not be enough, since many are still not fully aware of the issue and is not a priority of locals. (READ: Climate Change: Why PH should care)

On a scale of one to 10 with 10 being the highest, Aguirre rates Boracay residents’ awareness on climate change a 5. Most are concerned with basic needs especially during the island’s closure, so climate change has a low rank among the people’s list of priorities, he said. (READ: Boracay now closed)

Still, even Boracay is not spared from the impacts of climate change. It is affected with sea level rise, which is evident especially in White Beach. (READ: Boracay: From pristine island to fragile paradise)

He said given this challenge, the Malay government is convincing tricycle operators to shift to e-tricycles as part of a holistic solution to save the environment.

“In our capability as the local government, we do our best to introduce the concept and solutions to climate change through programs such as the ban of two-stroke motorcycles, the ban on single-use plastics, the strict implementation [of] emission testing on an annual basis for island vehicles, and the ban on burning of trash,” Aguirre said. – Rappler.com