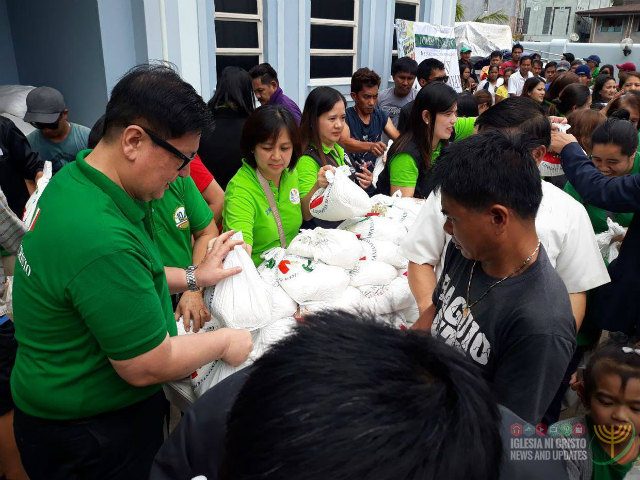 In a Facebook post on Tuesday, September 18, the INC said it reached out to Ompong-stricken families in Ilocos Norte. The church gave away relief goods through its charity arm, the Felix Y. Manalo Foundation.

The INC’s Local Congregation of Laoag in the Ecclesiastical District of Ilocos Norte also “opened its compound to welcome residents” affected by Ompong. The INC also donated to Ompong-hit residents in Baggao, Cagayan, where the typhoon made landfall.

“Members and nonmembers alike were thankful for the help they received as the recent typhoon severely affected their families and their livelihood,” said the INC in a Facebook post about the Baggao mission on Monday, September 17.

On Monday, the INC said it also distributed relief goods, including rice and other basic food items, in La Trinidad, Benguet.

The INC said in its post about La Trinidad, “It is the prayer of the members of the Church that those stricken with the calamity be able to rise up again and be able to resume the normalcy in their everyday living.”

Like the INC, other religious groups – the Catholic Church, the National Council of Churches in the Philippines, and the Mormon Church – have mounted their own efforts for typhoon survivors. This is on top of international aid that has begun pouring in.

Ompong killed at least 74 people and affected 800,000 others in the Philippines. Here is a list of ways how you can help typhoon-hit communities. – Rappler.com