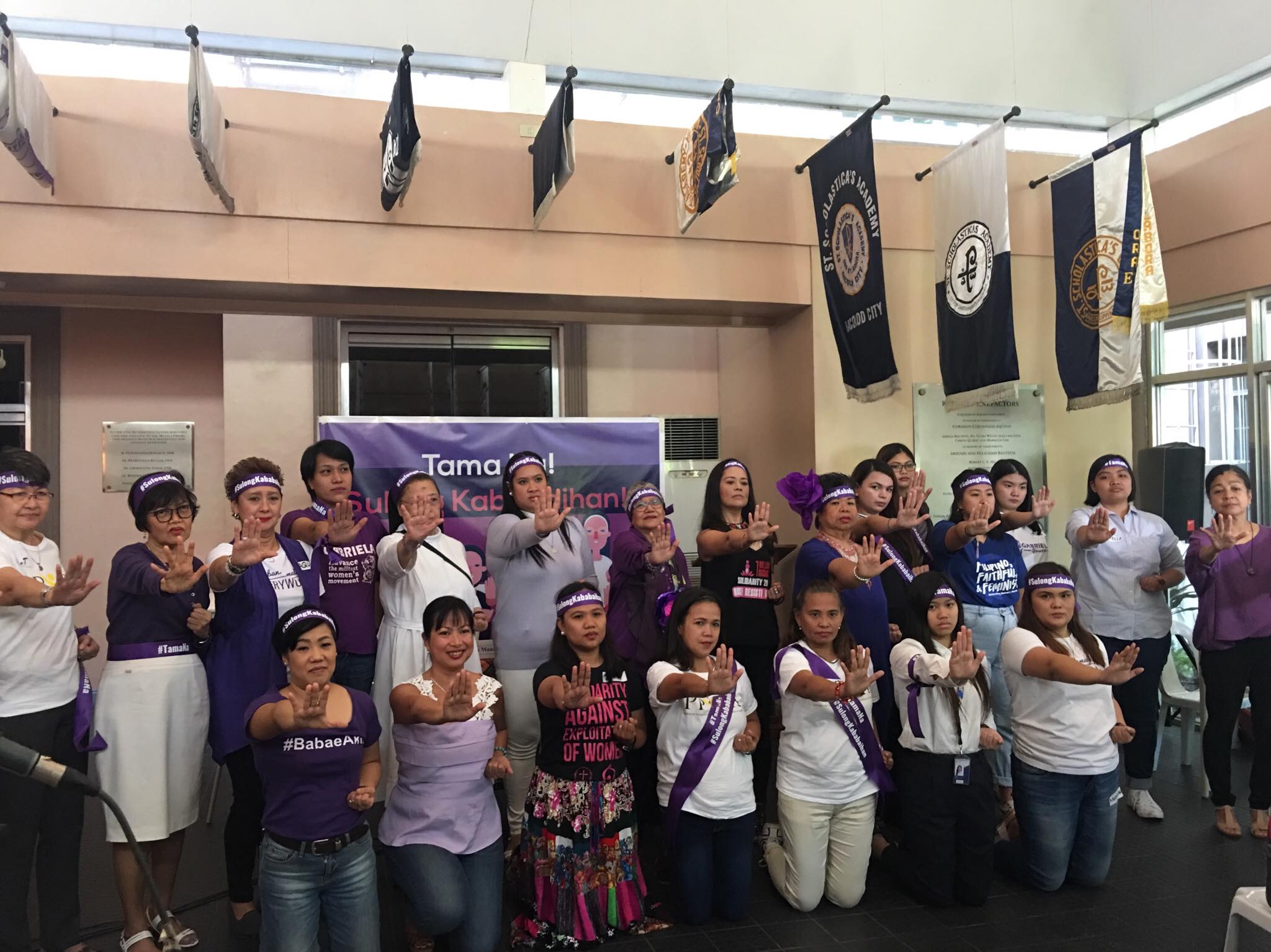 MANILA, Philippines (UPDATED) – Various women’s rights groups will initiate a broad and collective action against misogyny on Friday, March 8, by coming together at the La Madre Filipina statue in Rizal Park, Manila, in celebration of International Women’s Day. (READ: 8 incredible things women do for the world)

“Tama na! Sulong kababaihan!” (Enough! Onward, women!) is the cry of this year’s movement, organized by women’s alliance groups and networks such as Akbayan Women, EveryWoman, Gabriela, Pilipina, and Babae Ako, among others.

Throughout the day, different women’s rights groups will be having separate activities in celebration of International Women’s Day. They will later converge at the La Madre Filipina statue at 4 pm Friday for a united women’s action against misogyny.

Former peace process adviser Ging Deles described the united action as an “unprecedented coming together of women, not just the organized forces.”

Through the event, the groups want to stand as one, despite their differences, against President Rodrigo Duterte’s misogynistic behavior and remarks.

“The unmistakable odor of a decaying system can no longer be masked by misogynist remarks and rape jokes that are now consistently being used to lend humor to presidential speeches. This is why we know our fight for gender equality is on the right track. But we still have a long way to go,” Senator Leila De Lima said in her solidarity message on Wednesday, March 6.

The event hopes to unite people – regardless of gender, age, social class, ideological differences, and political affiliations – to rise against the inequality being experienced by women today. (QUIZ: Besides Women’s Month, what else do we celebrate in March?)

Maria Gabriela Aquino is a Rappler intern. She is a senior high school student at Mapua University taking the Humanities and Social Sciences track.