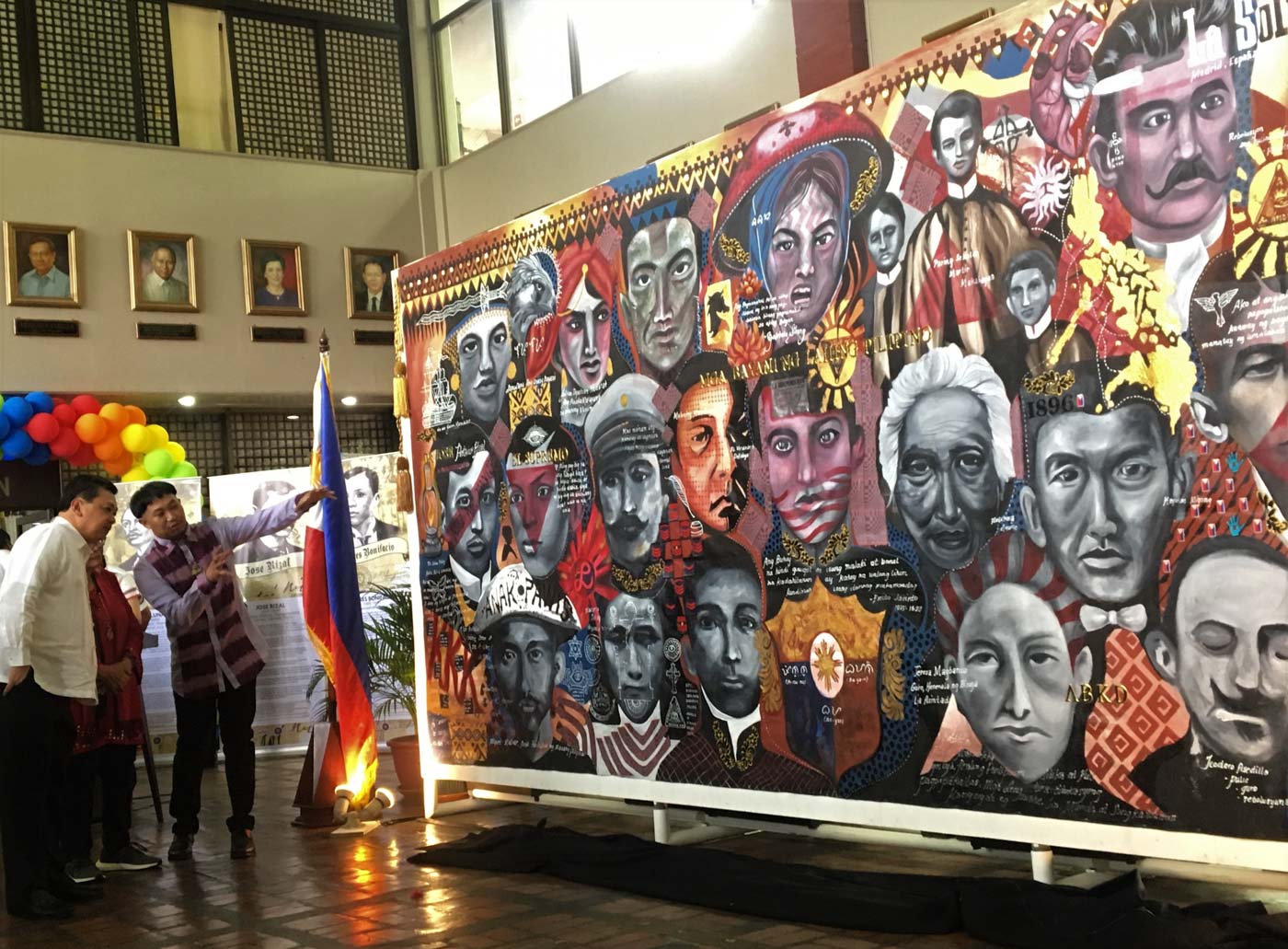 Aimed to hail Filipino heroism, the display commemorates the DepEd’s 121st founding anniversary, as well as Independence Day and Jose Rizal’s birth anniversary, according to a DepEd press release.

“Una, kailangan na pag-aralan natin muli kung ano ang ating konsepto ng isang hero [dahil] lahat ng Pilipino ay may pagkakataong maging hero (First, we need to look back at our concept of a hero because all Filipinos have a chance to be a hero),” DepEd Secretary Leonor Briones said.

The exhibit showcases the 8×18-foot mural of national heroes by Baguio-born artist Angelo Aurelio, along with other artworks such as portraits and biosketches of the “Founding Fathers of the Filipino Nation.” (READ: FAST FACTS: What makes a Filipino historical figure a national hero?) 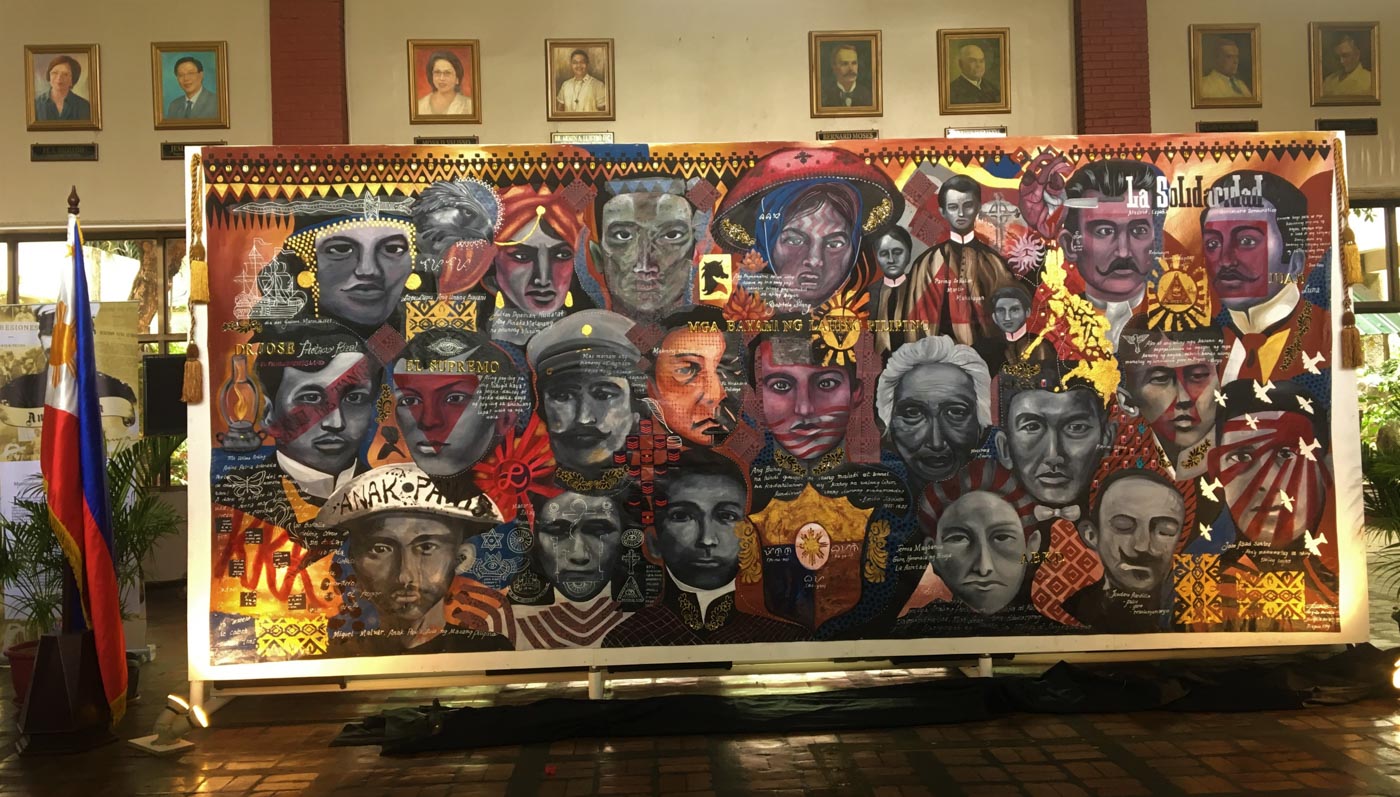 Aurelio created the mural – originally titled “The Bayani Matrix Project” –  in 47 days. It was first displayed at the Baguio Museum for 3 days starting June 12.

Briones also stressed the need to exhibit regional heroes along with national heroes, and challenged her agency’s regional directors to do research on heroes in their respective regions. (READ: The unsung heroes who fought for Philippine independence)

“Ang ating bansa ay binubuo ng ilang milyong Pilipino sa iba’t ibang rehiyon na nagbuwis ng kanilang buhay, na nagsisilbi, na nagtitiis para sa ating bayan at para sa ating kinabukasan (Our nation is comprised of millions of Filipinos from various regions who offered their lives, who are serving, and are enduring everything for our nation and for our future).”

Aurelio’s artwork will be a staple at the Office of the Undersecretary for Administration (OUA) after the exhibit at the Bulwagan on July 5. 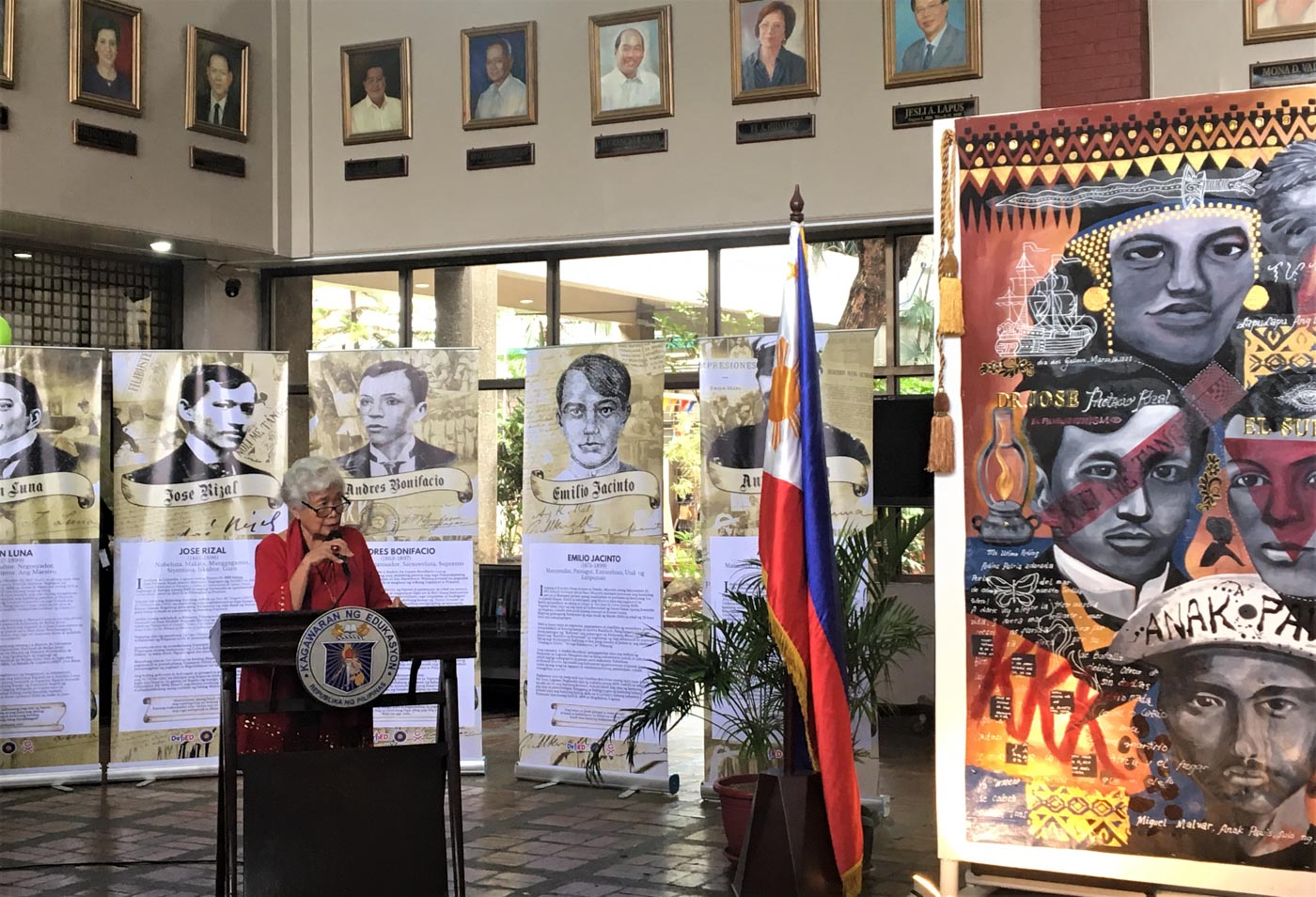 The exhibit was initiated through the OUA, Youth Formation Division, and in cooperation with Kaakbay ng Guro Research. – Rappler.com