[OPINION] Agriculture graduates should try working with an NGO Facebook Twitter Copy URL
Copied
You may decide not to stay long, but the lessons will stay with you forever 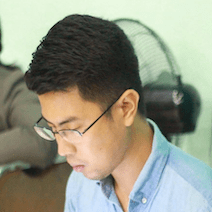 “I really haven’t thought things through,” said my former student when I asked him about his plans.

He just obtained his degree in Agricultural Biotechnology from UP Los Baños  on June 22. His reply did not surprise me. I had gone through the same uncertainty about a decade ago; unsure about what direction to take shortly after I received my diploma in agriculture from the same university.

Many fresh graduates in agriculture are likely to remain jobless in the coming months. A survey by my institute found that crop science majors have to wait about 6 months before they land a job. Other crop science majors might delay their job search to prioritize their preparation for the Licensure Examination for Agriculturists (LEA) that takes place in November each year. However, a few lucky ones do find jobs right after graduating and might choose to take the LEA as they adjust to their new environment.

The choice of work placement is arbitrarily binary for agriculture graduates.“Where do you intend to get a job: academia or industry?” I was asked by my fellow student when we graduated. “Academia” describes teaching or research in state universities and colleges and “industry” describes agricultural production and supply chain professions.

However, there are alternatives. If one’s family owns farmland, one could help manage the business. Entrepreneurship is a good option for those who can survive the day-to-day struggles of a start-up. Government agencies and local government units also employ many agriculture graduates. A far less popular choice is working for a non-governmental organization (NGO). This is for those whose calling is in development work and those who do not mind the low pay and can endure the inconveniences that come with working at the grassroots level.

I did not know this when I joined an NGO in Bukidnon. I had been jobless for 4 months since graduating, so I took the first job that came along. It was my first job, my first plane ride, and my first time setting foot in Mindanao. I did not have even the vaguest idea of what to expect. All I had was a heavy luggage, some pocket money, and idealism nurtured by inexperience.

The NGO’s mandate was to help the Department of Agrarian Reform (DAR) in land distribution and, most importantly, to assist small farmers obtain land that was rightfully theirs through government land reform programs. As part of the NGO, I joined rallies with farmer beneficiaries.

The rallies were usually organized by fellow UP alumni. Mel and Lui were graduates of UP Mindanao, and Maribel was a graduate of UP Diliman. We were all about the same age. When I joined, Mel and Lui had been working with the NGO for two years and were pros at organizing these rallies.

I surmised that they had, unlike me, participated in many such gatherings during their undergraduate years.

Having to be part of the NGO itself was an internal battle. As a student, I shied away from campus demonstrations, despite feeling strongly about certain issues. It was a personal choice. However, I now wish I had given it more serious thought. I regret spending countless hours fighting imagined enemies in computer shops but never taking the real fight to the streets.

Thankfully, participating in the rallies organized by my NGO awakened me to the social reality that is fundamentally tied to agriculture and development work. After all, my official job title was “Agriculture Development Officer.”

Once farmer beneficiaries have been awarded the 3 hectares of promised land after years of struggle, my duty as the NGO’s in-house agriculturist begins. However, for the resource-poor, fighting for land is only the beginning of even greater challenges. Now that they legally own the land, they must prove that they can make it productive and profitable, lest it be taken away. I worked closely with farmer beneficiaries to ensure successful harvests.

Once, I gave a demonstration about a special seed-coating for corn. It was a product of my university; naive and proud of my alma mater, I profusely professed how effective it was. The product was made of finely-ground charcoal and beneficial microbes. It had to be mixed with the corn seeds before sowing.

After the demonstration, the farmers carried on with the sowing. When the planting was done, I asked the farmers to gather around for feedback. There were not as many of them this time. The women had to excuse themselves to prepare lunch or to send the children to school, while some of the men, having satisfied their curiosity, decided that the product was not worth the money.

I was stunned and asked him to clarify what he meant.

Raising his hands and showing me his fingernails, he said, “Sir, sumisiksik po sa kuko ‘yung uling (Sir, the charcoal gets under my nails).”

I was awash with confusion. I knew that the product underwent extensive laboratory testing, field validation, and likely produced several journal articles for the technology developer. However, culture, user experience, and preferences seemed to have been forgotten. For me, it was a hard lesson in agricultural technology development.

For researchers and scientists, data doesn’t lie. For farmers, data is only useful if it is rooted in on-farm realities. This helped me immensely when I later became part of a research team and during my postgraduate studies.

I resigned from the NGO after 6 months because I could not reconcile a funder-driven program that encouraged resource-poor farmers to take loans that I thought they did not need and which eroded their way of life.

It has been 10 years since my stint with the NGO. Looking back, it helped refine the principles I live by, and influenced future decisions shaping my career. It is being conscious of the larger society within which agriculture operates and the plight of resource-poor farmers that gives me direction. If you are an agriculture graduate on the lookout for a job and are unsure of how to utilize your education, try working with an NGO.

You may decide not to stay long, but the lessons will stay with you forever. – Rappler.com

Emman Bernardo is an assistant professor at the Institute of Crop Science, College of Agriculture and Food Science, UP Los Baños. Prior to academia, he worked closely with farmers in Bukidnon as a community organizer with an NGO that fights for land rights.