[OPINION] Finding the middle ground with the Middle Kingdom 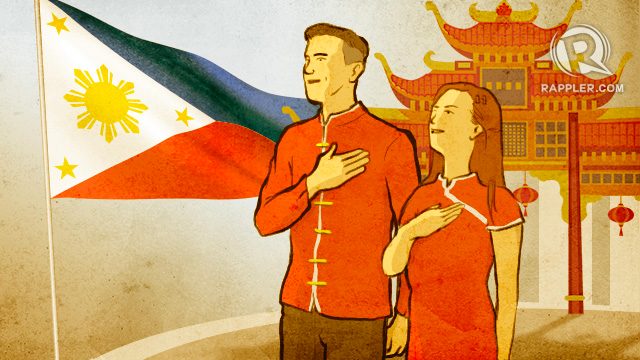 Let me start off with stating that I am Chinese Filipino, Chinese being the adjective and Filipino being the subject. I am a Filipino of Chinese descent, and a third generation immigrant. My grandparents migrated from China’s Fujian province to the Philippines. I am a Filipino who happens to have ancestors that come from China.

I am born of two worlds, and two cultures. I speak 4 languages, with Filipino being my primary language. English comes second. I speak and understand Hokkien well enough, and have passable skills for Mandarin. I belong to both cultures yet am never fully accepted in either, and I am equally wounded whenever someone speaks ill of Filipinos or the Chinese.

This peculiar diplomatic situation our country is in with China has put me, along with all the other Chinese-Filipino people, in a weird and difficult position, not because of divided loyalties but because we are constantly questioned. Even prominent writers have accused us of being sleeper agents and of being secretly disloyal to the Philippines. Even the more aware people don’t really know how to talk to us or about us when it comes to the Philippine-China diplomatic issue.

I can’t claim to speak on behalf of all Chinese Filipinos, but I think my personal sentiments reflect those of the majority. We may cling to a lot of our ancestral culture, but for the majority of us, we have no love for the government and ruling party in China. There was probably a reason our ancestors decided to leave China, and they left a very different China than the China we are dealing with now. The culture my grandparents left is very different from the culture of China today. There are aspects of current mainland Chinese culture that shock me, and I’m pretty sure that if my grandparents were alive today, it would shock  them too. (READ: Filipino-Chinese businessmen give P1.2 million for sunken boat’s repair)

What follows is purely my personal opinion seen through the lens of a Chinese Filipino. I am troubled by the provocative behavior the Chinese military and fishermen/militia have shown in the West Philippine Sea. The behavior is disrespectful and is cause for alarm. I am also troubled by the lack of nuanced thoughts from people on social media. I am also troubled by the increasing racist rhetoric from critics of the current direction the Philippine government has taken towards China. I almost feel like a child watching helplessly as I see my parents fighting. (READ: Owner of sunken boat: I feel like we’re slaves of China)

While the behavior of the Chinese government is troubling, we must distinguish this from the Chinese people. Having personally met and worked with people in China, I feel that their government’s behavior does not reflect the current general sentiment of the people of China. They have the same basic desires as the Filipino or pretty much any other people in the world. Average Chinese people just want to get on with their lives and have a chance to improve it. They would very much just like to have business with us as usual than cause trouble with the Philippines.

While I was not a fan of the overly confrontational way we had dealt in the past with China, I am also not a fan of being too accommodating to the Chinese government. Our partisan politics have forced us into a false dichotomy. It almost feels like only extreme positions are valid.

I won’t claim to be an expert on international relations and international law, so I’ll refrain from asking or espousing specific policies for us to take with regards to this issue. I can only ask that we Filipinos, Chinese Filipinos, and mainland Chinese see past the constructs of race and politics that blind us, conduct ourselves based on common human decency, and treat each other with respect. With that as our guide, maybe then we can find a viable middle ground to work on with the Middle Kingdom. – Rappler.com

Freddie Tan is an entrepreneur and a tabletop games advocate with more than two decades worth of experience points.