Sep 21, 2019 8:05 PM PHT
Jaia Yap
Facebook Twitter Copy URL
Copied
Young people all over the Philippines amplify calls to uphold national sovereignty, fight for the rights of marginalized sectors such as farmers and the urban poor, and end attacks to government critics 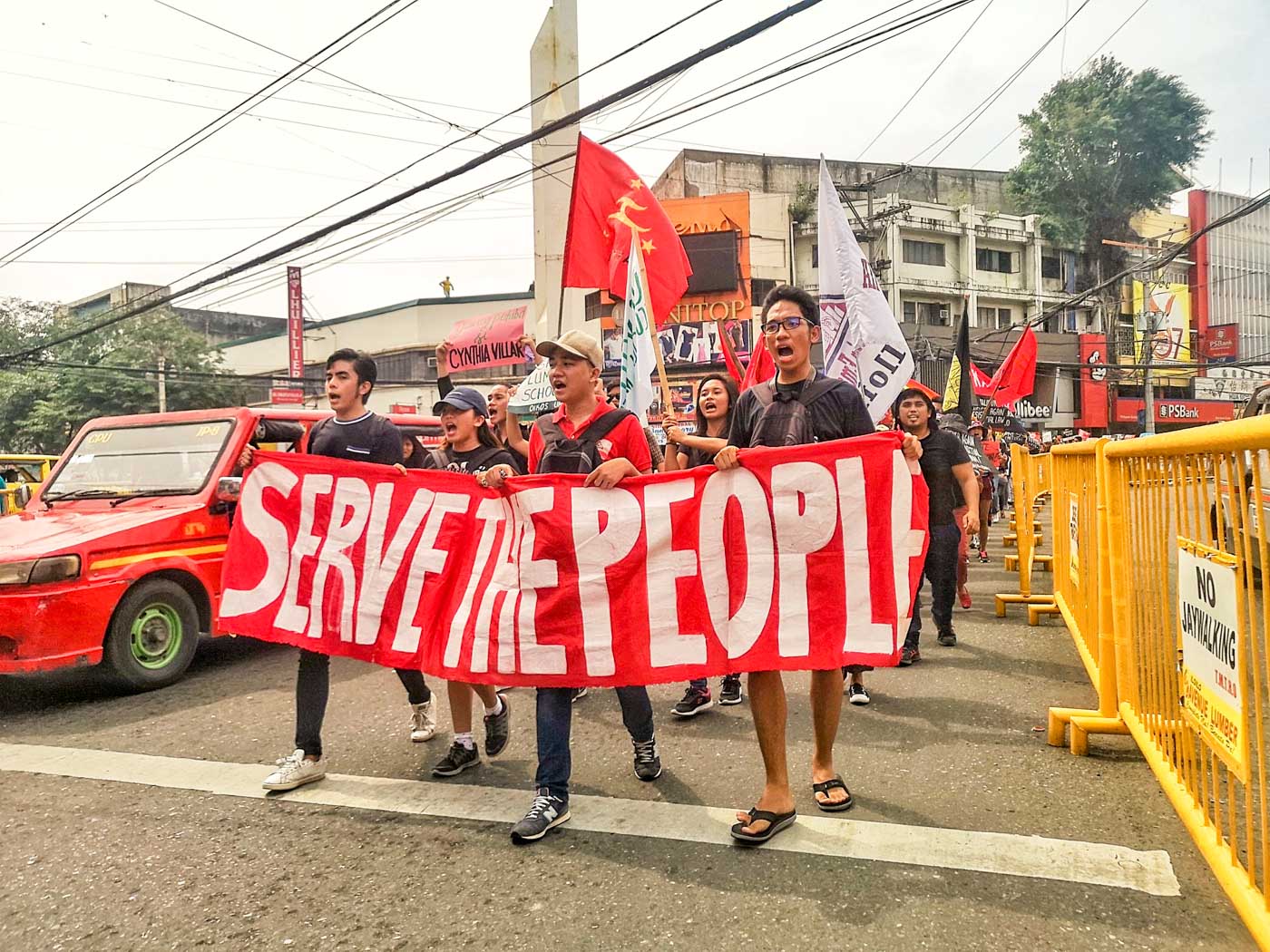 MANILA, Philippines – Youth from all over the Philippines took a stand against injustices and a looming dictatorship under President Rodrigo Duterte through various protest actions on Friday, September 20, marking the 47th anniversary of the declaration of Martial Law by the late ousted dictator Ferdinand Marcos.

With the support of various groups including the United People’s Action coalition, the multi-sectoral front led by the youth highlighted their mobilization with a protest at Luneta Park in a bid to never forget the horrors of martial law.

Along with coordinated satellite mobilizations held in key regional cities across the country, protestors amplified calls to uphold national sovereignty, fight for the rights of marginalized sectors such as farmers and the urban poor, and end attacks to government critics.

The protest action called for resistance against what the multi-sectoral front said was increasing state repression under the current administration: from the red-tagging of activists and the harassment of student journalists, to the militarization of countryside communities and schools. 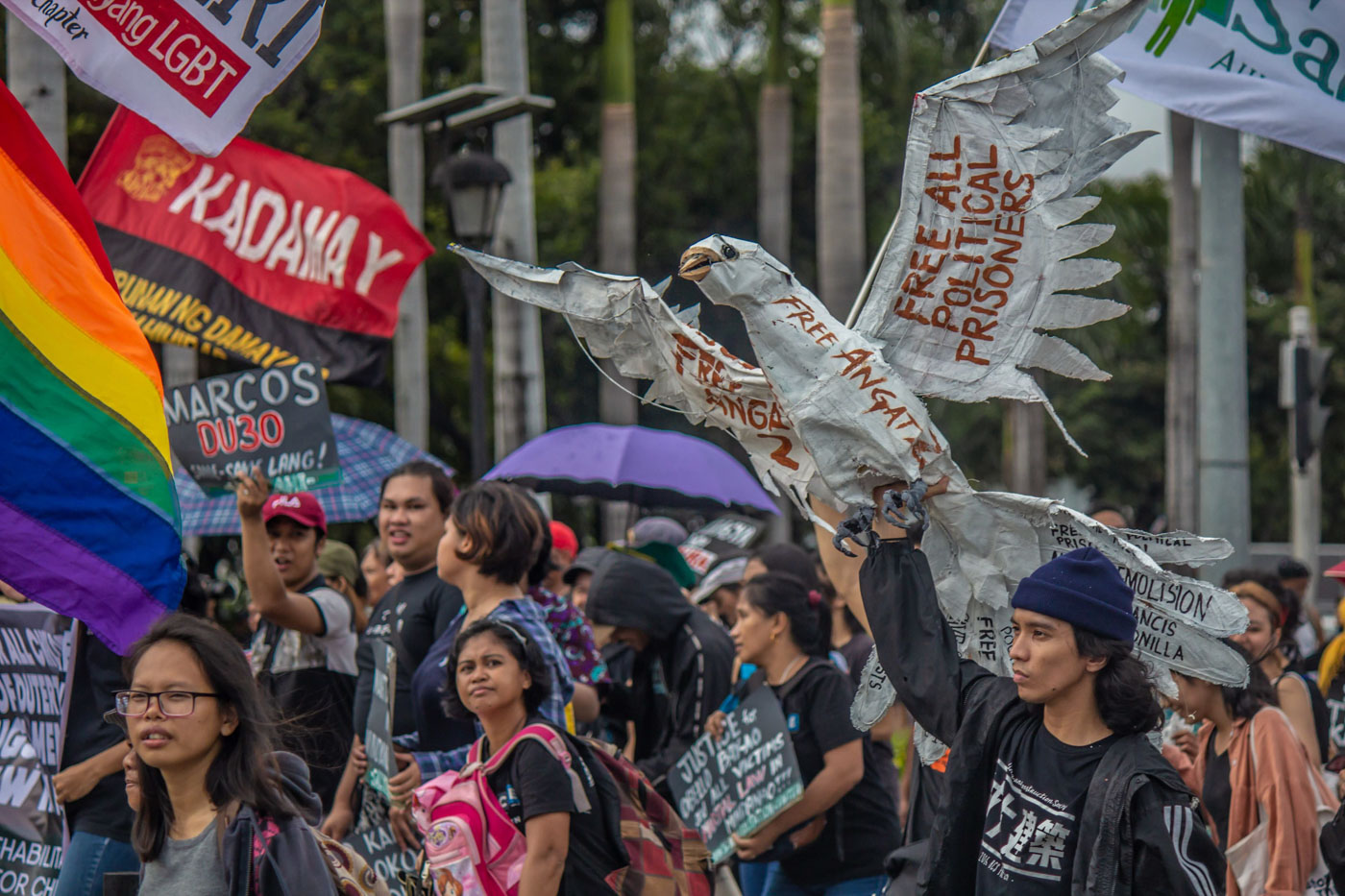 According to the youth leaders, the reimposition of mandatory ROTC in senior high school, encroachment of military forces into schools in the guise of randomized mandatory drug tests, the red-tagging of activists, and the spate of bomb scares showed the desperation of the Duterte administration in suppressing democratic dissent.

Youth Act Now Against Tyranny’s Raoul Manuel asserted that the youth have witnessed the silencing of critics and the unabashed perpetration of injustices under the Duterte administration. 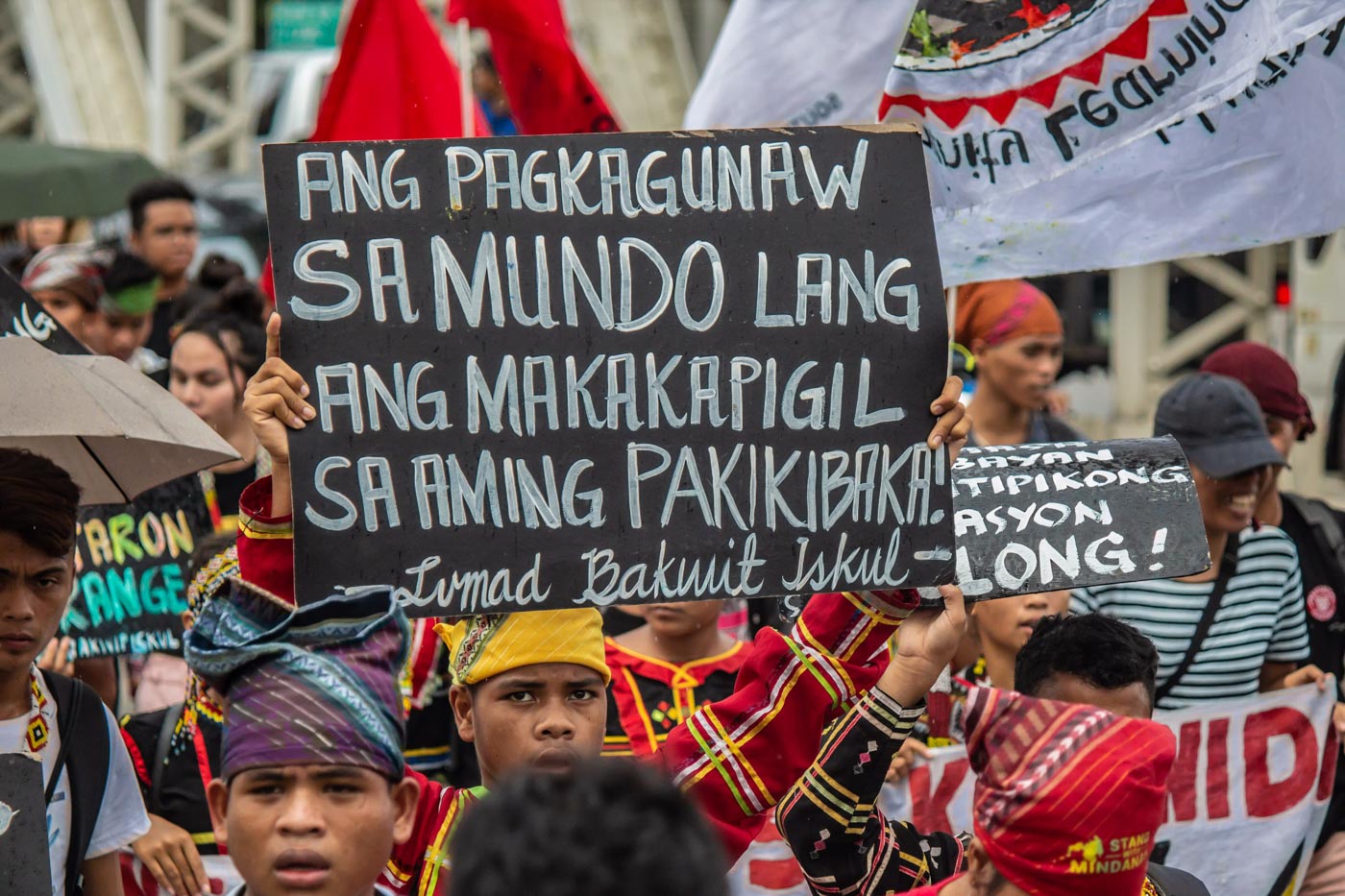 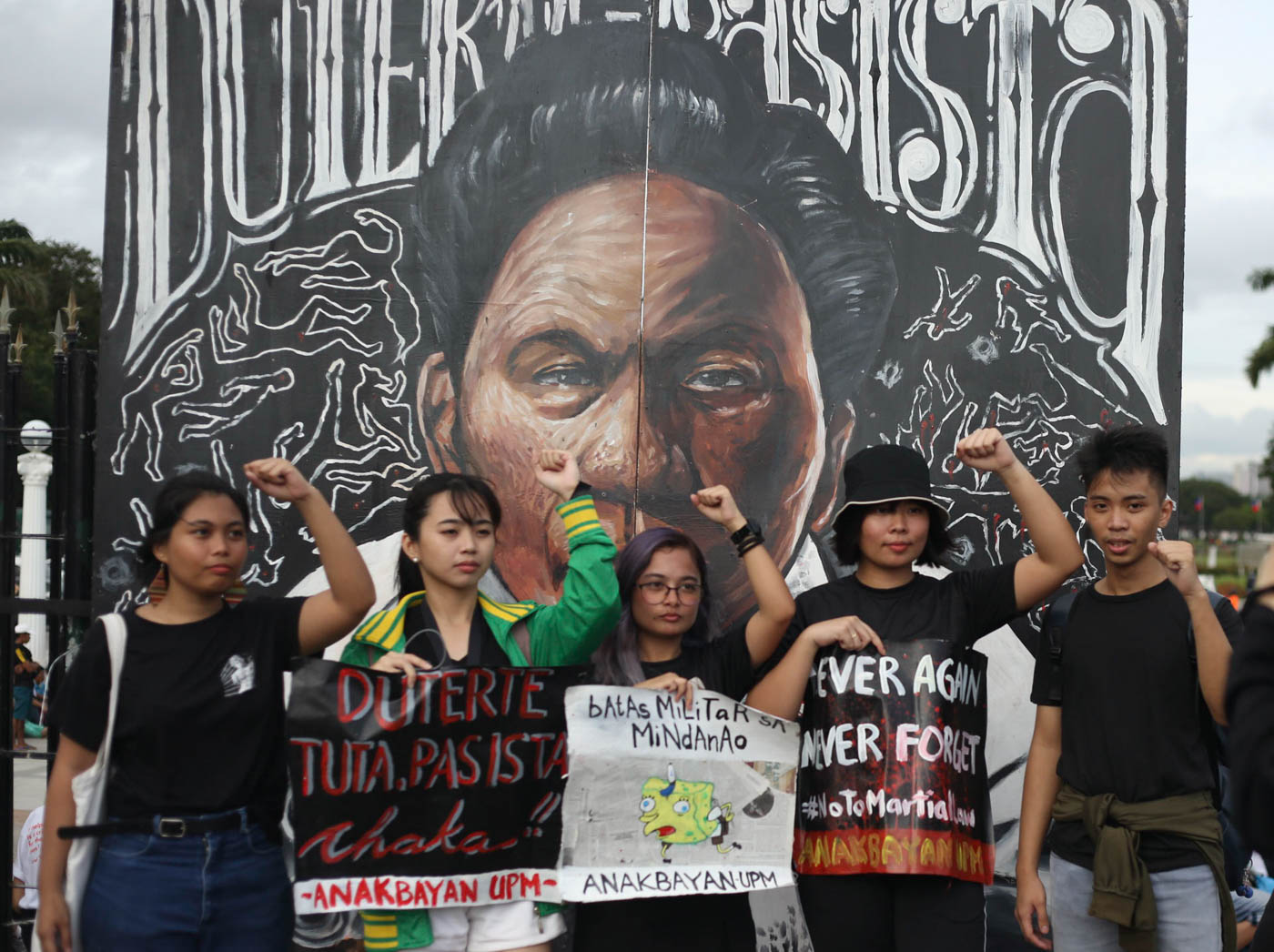 Manuel assured that especially under the current administration, the youth would stand firm in resisting any attempt to bring back authoritarian rule in the country and prevent the horrors of martial law from occurring again.

(We promise that we will continue the fight. We will carry this responsibility: to fight dictatorship that’s prevailing in our nation.) 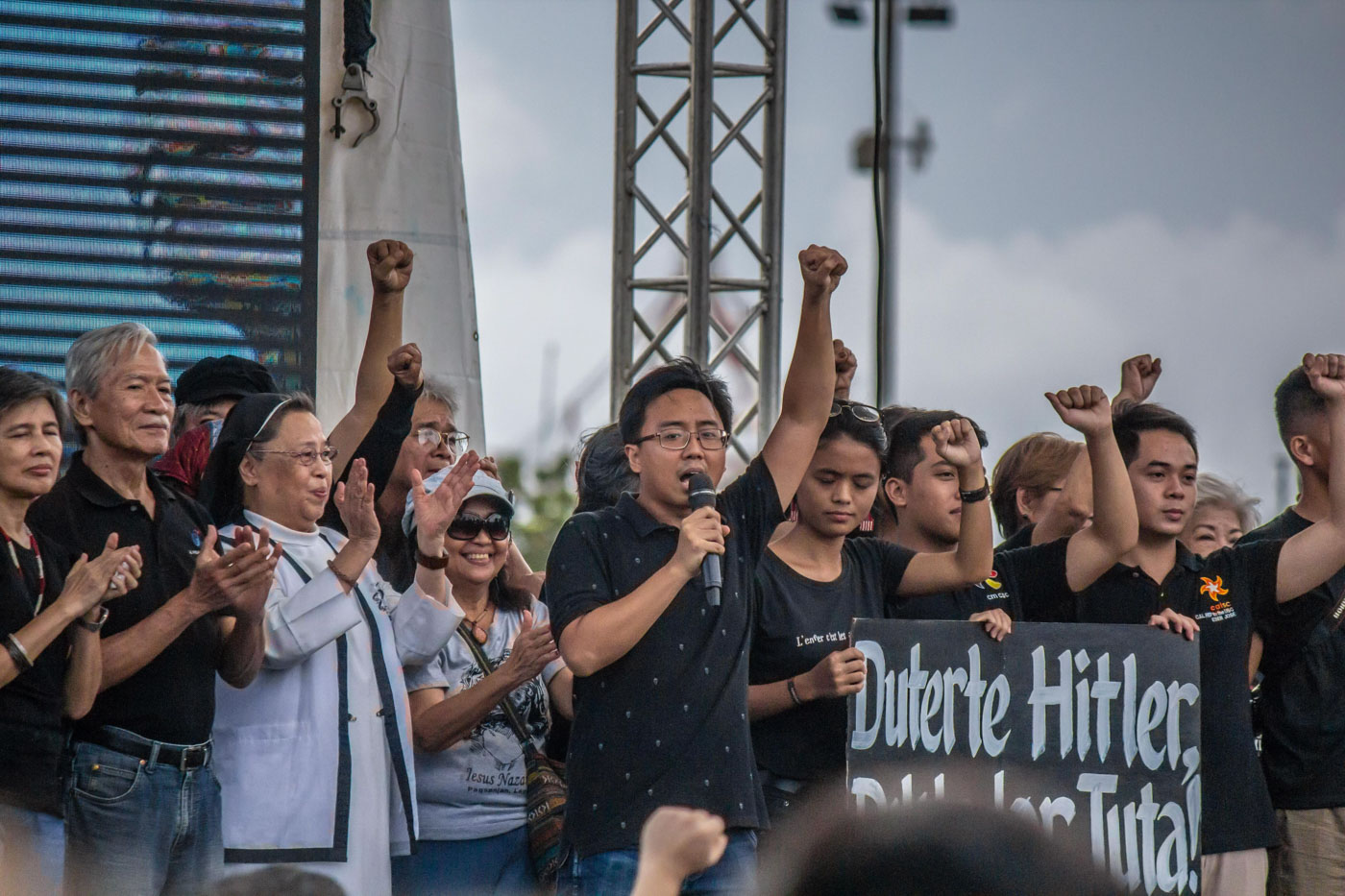 Manuel said that, with the veterans’ stories of valor and courage, the youth are enabled to meet the challenge to resist Duterte’s looming dictatorship. 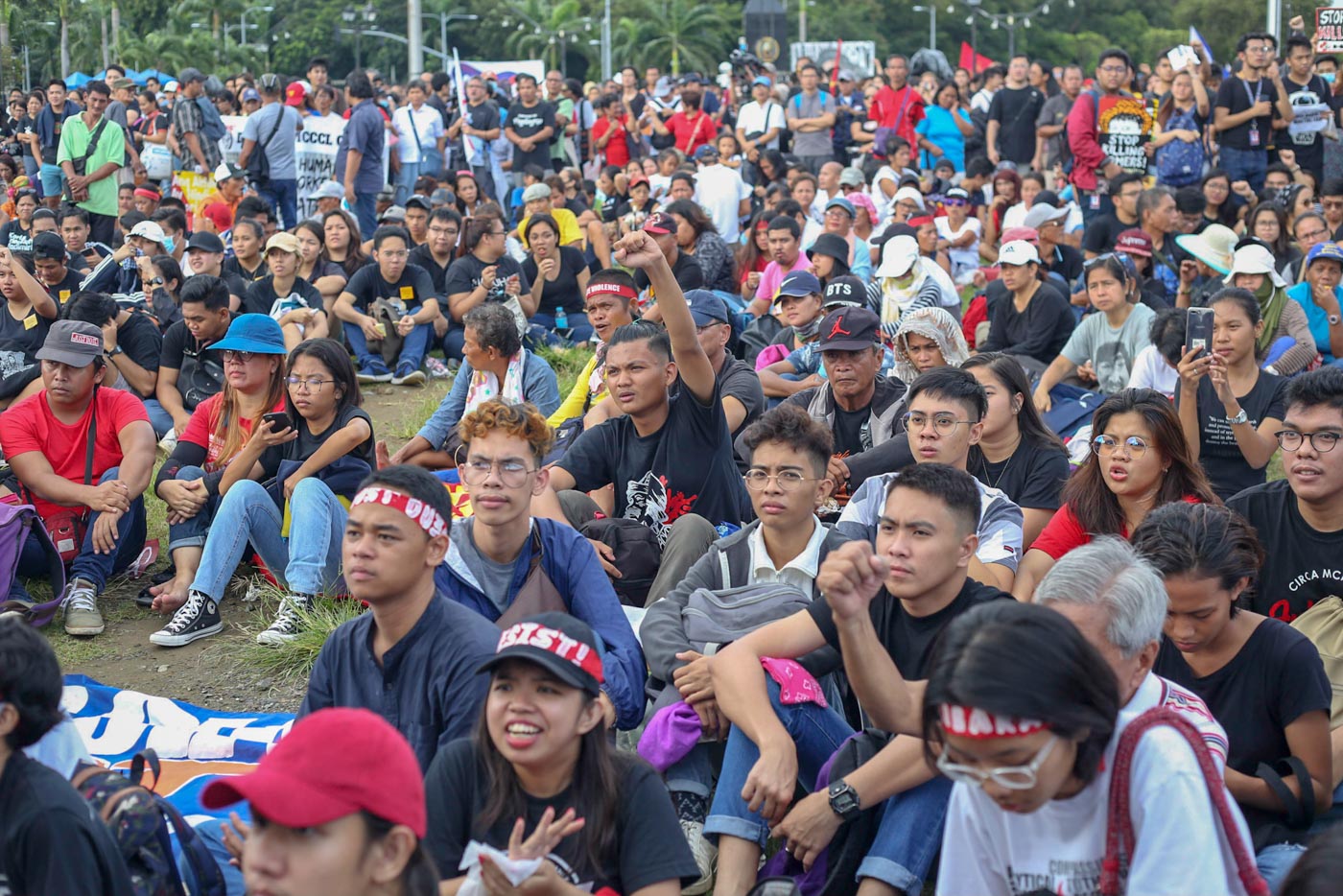 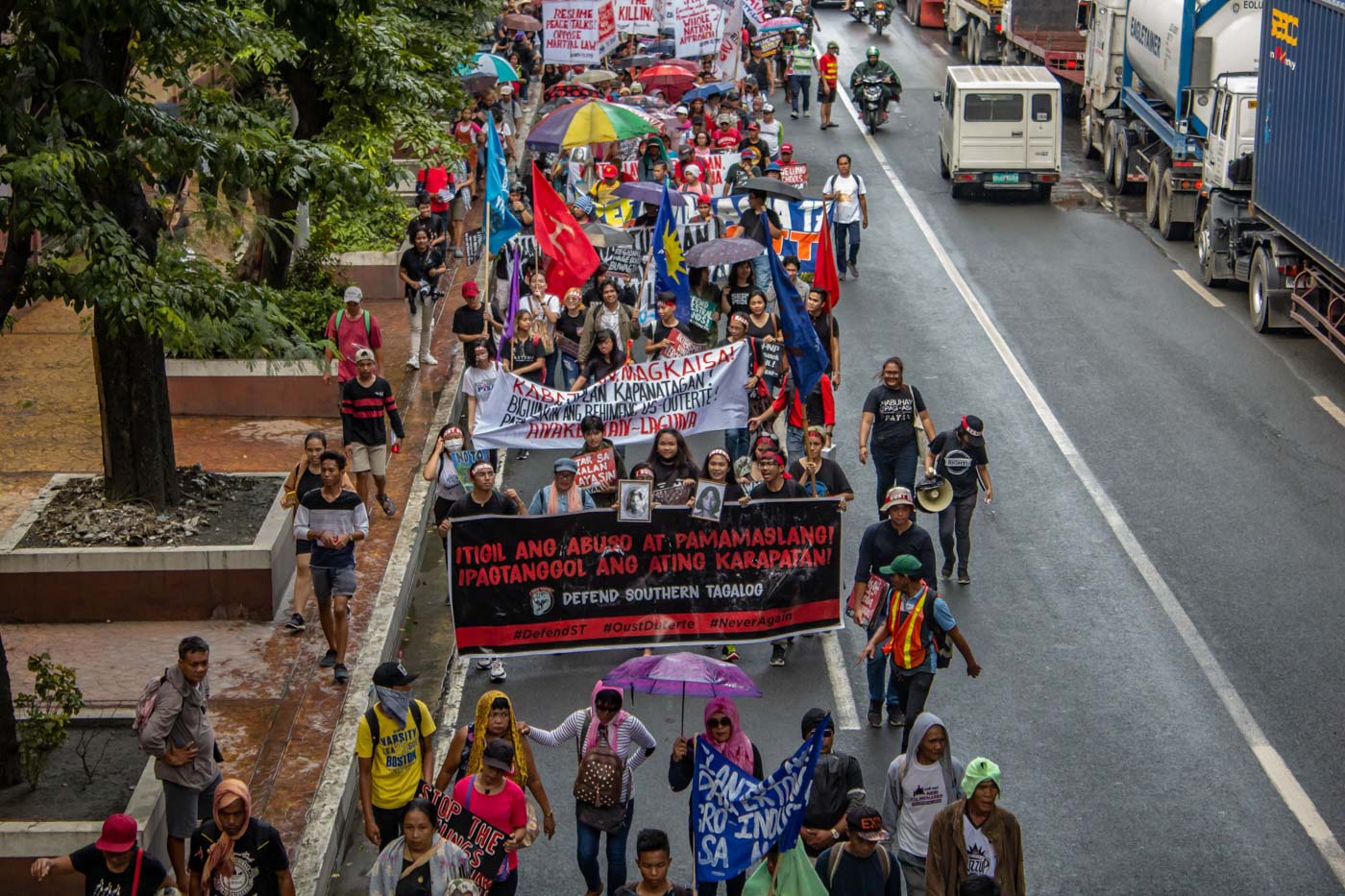 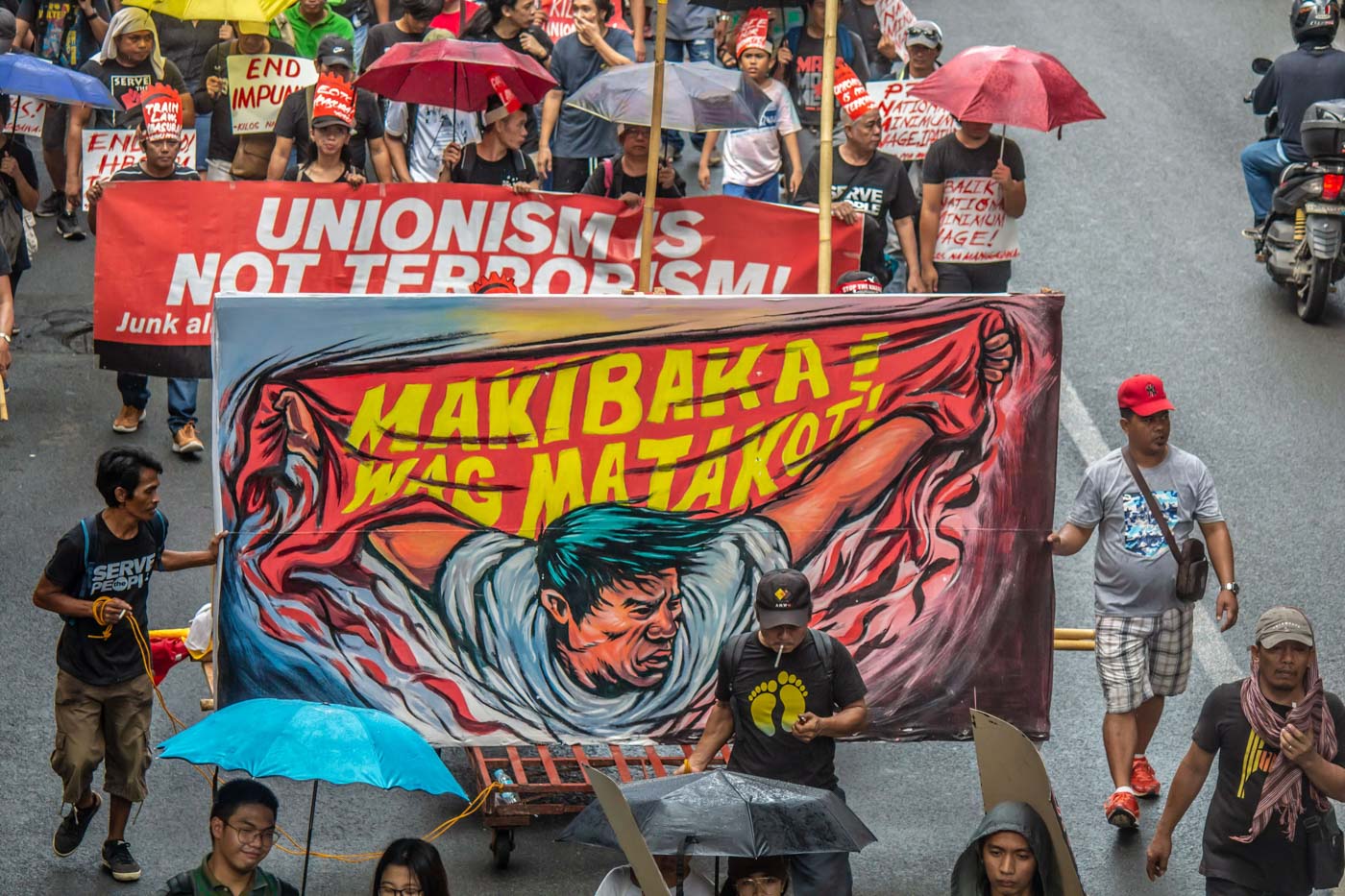 According to Diokno, the Marcos regime frequently invoked a “favorite” set of laws and decrees to silence critics. Among these was Republic Act 1700 or The Anti-Subversion Law, which was recently almost revived by Duterte’s administration.

Diokno said that President Duterte is now using the “old playbook” to quell civilian dissent to his rule.

“Walang forever sa Malacanang. Baka nakalimutan nila na our democracy and our freedom is worth fighting for. Lalong lalo na kayo, mga youth: you, are worth every drop of my blood, sweat, and tears,” he added.

(There’s no forever in Malacanang. Maybe they (would-be dictators) have forgotten that our democracy and our freedom are worth dying for. Especially for you, the youth: you are worth every drop of my blood, sweat, and tears.)

Meanwhile, Neri Colmenares shared the importance of recognizing those who had fought the Marcos dictatorship, particularly the thousands of students like him who were imprisoned and tortured because of their condemnation of human rights violations.

He lamented how young activists are treated as criminals as he shared his pride on how today’s youth are slamming President Duterte’s oppressive policies, just as the youth of his era also fought Marcos’ dictatorship.

“It is but proper for the youth and students to continue the struggle,” Colmenares said.

From those who remember

Mananzan asked forgiveness from the youth, saying that Martial Law veterans should have documented more of the regime’s many atrocities.

(We should’ve made it into a book, which should’ve been an obligatory textbook in all schools. Because we have not done that, historical revisionism persists. They (the Marcoses) are changing the story. They’re showing that it was a good era. It was not.)

Since Marcos was kicked out 33 years ago, his family has steadily climbed back to the heights of Philippine politics. Many have attributed the return to power of the Marcoses’ to online disinformation campaigns primarily aimed at whitewashing their late patriarch’s dictatorship.

(Now, even if we have been lacking, we also have a legacy to you. Because before, we have risen and fought, even at the riskof of our lives. We have persevered to fight Martial Law. This is our legacy to you, the youth.)

Here are other protests across the Philippines that were done to observe the 47th anniversary of the 1972 martial law declaration: 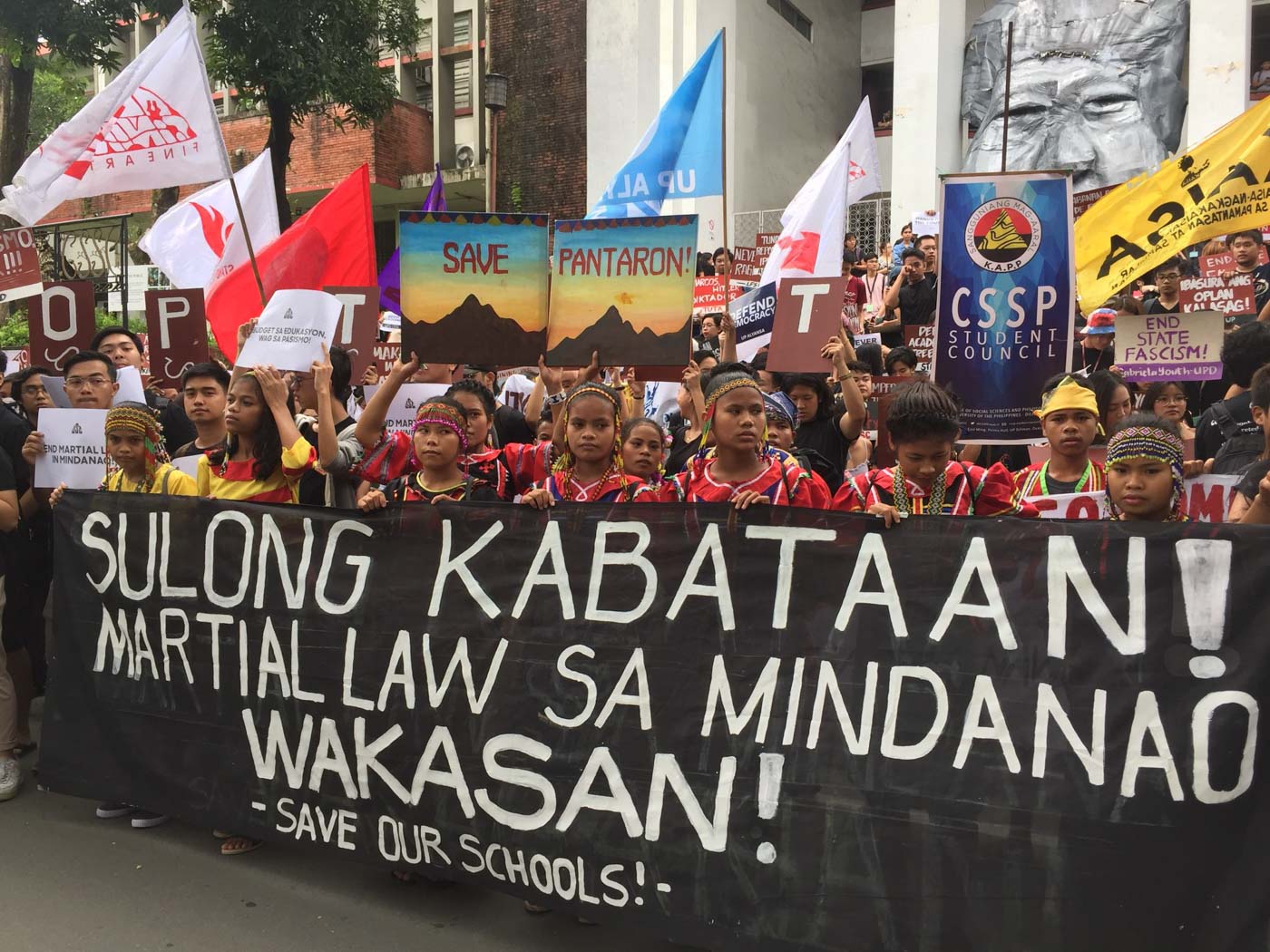 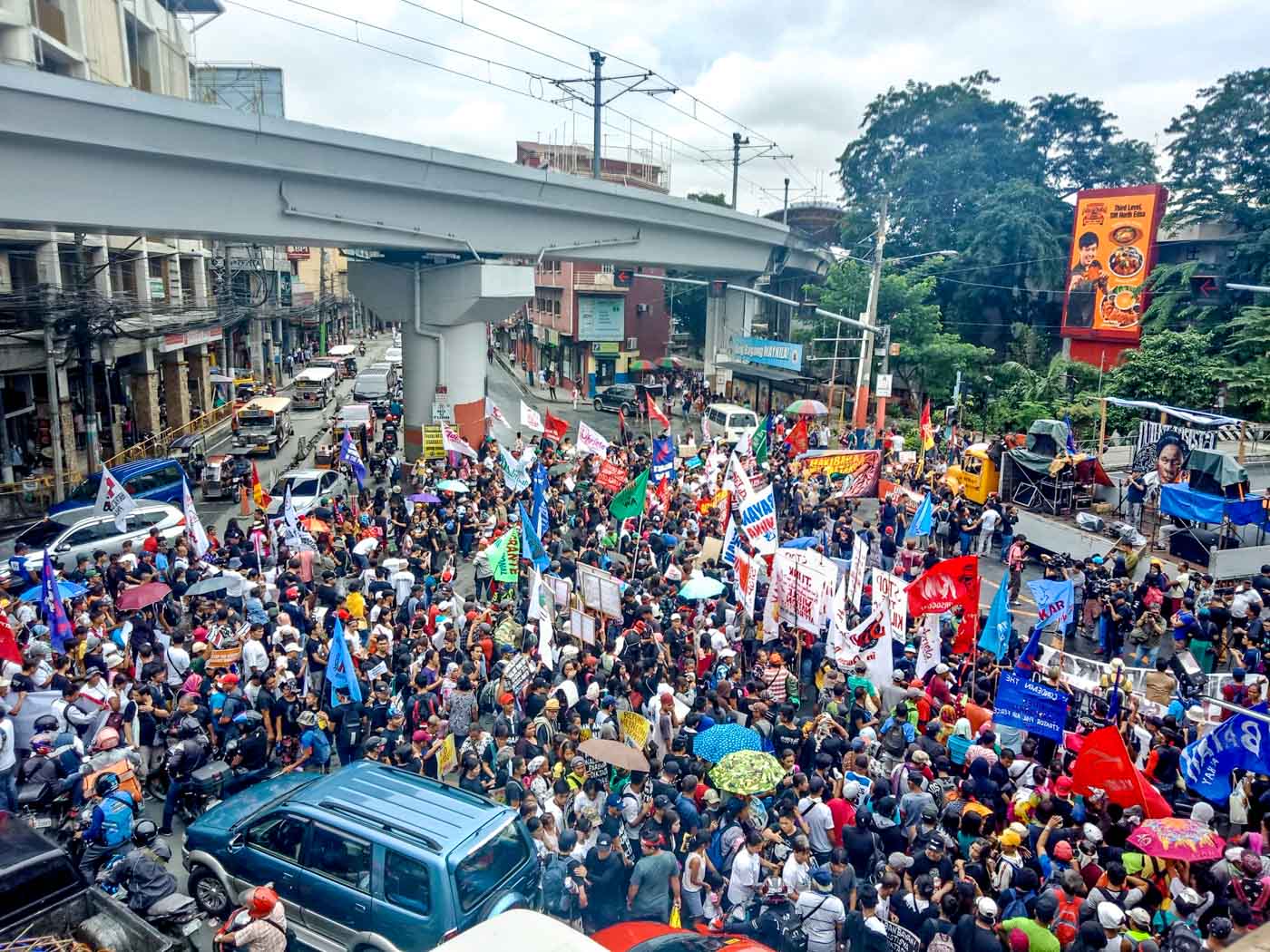 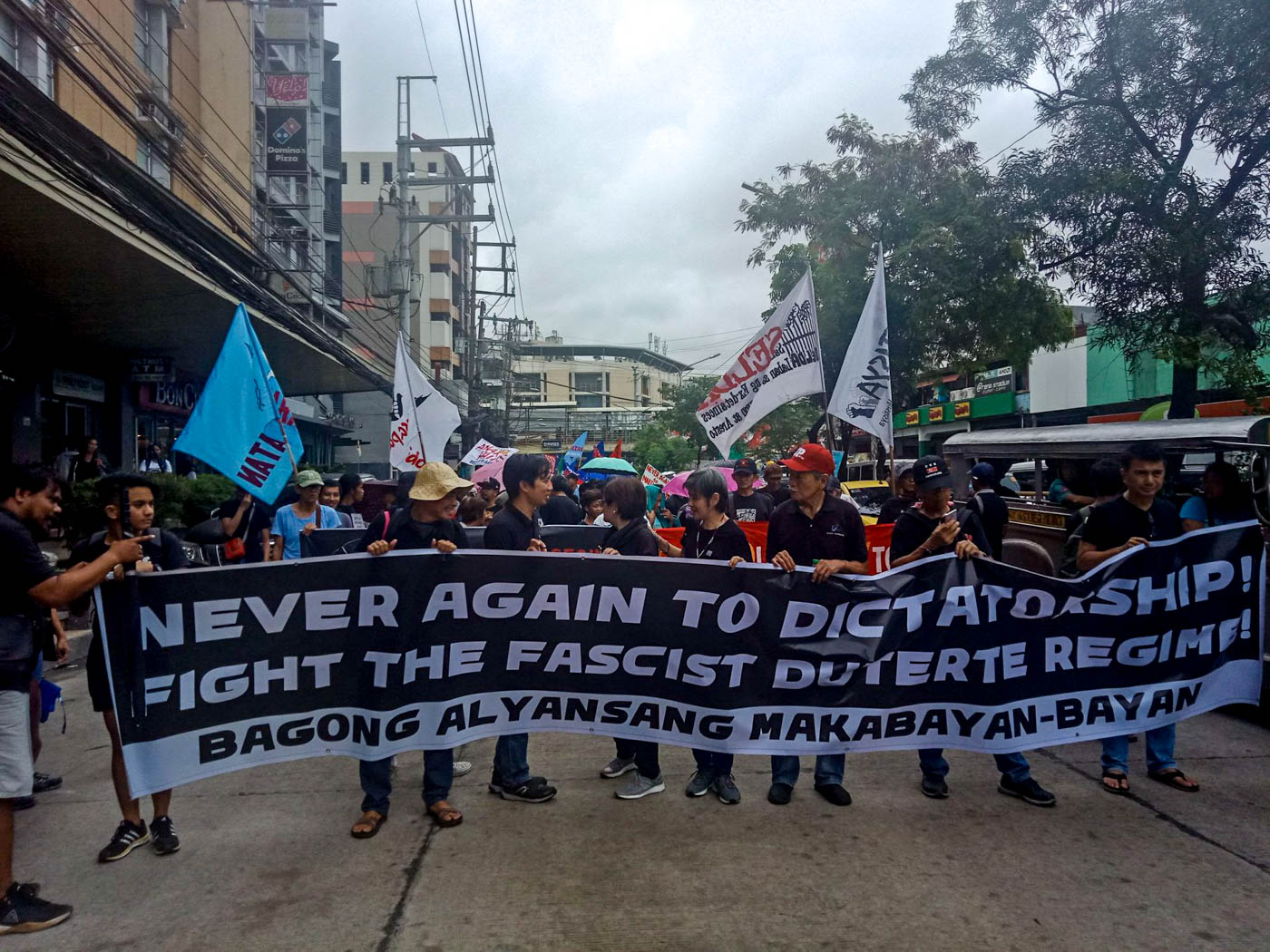 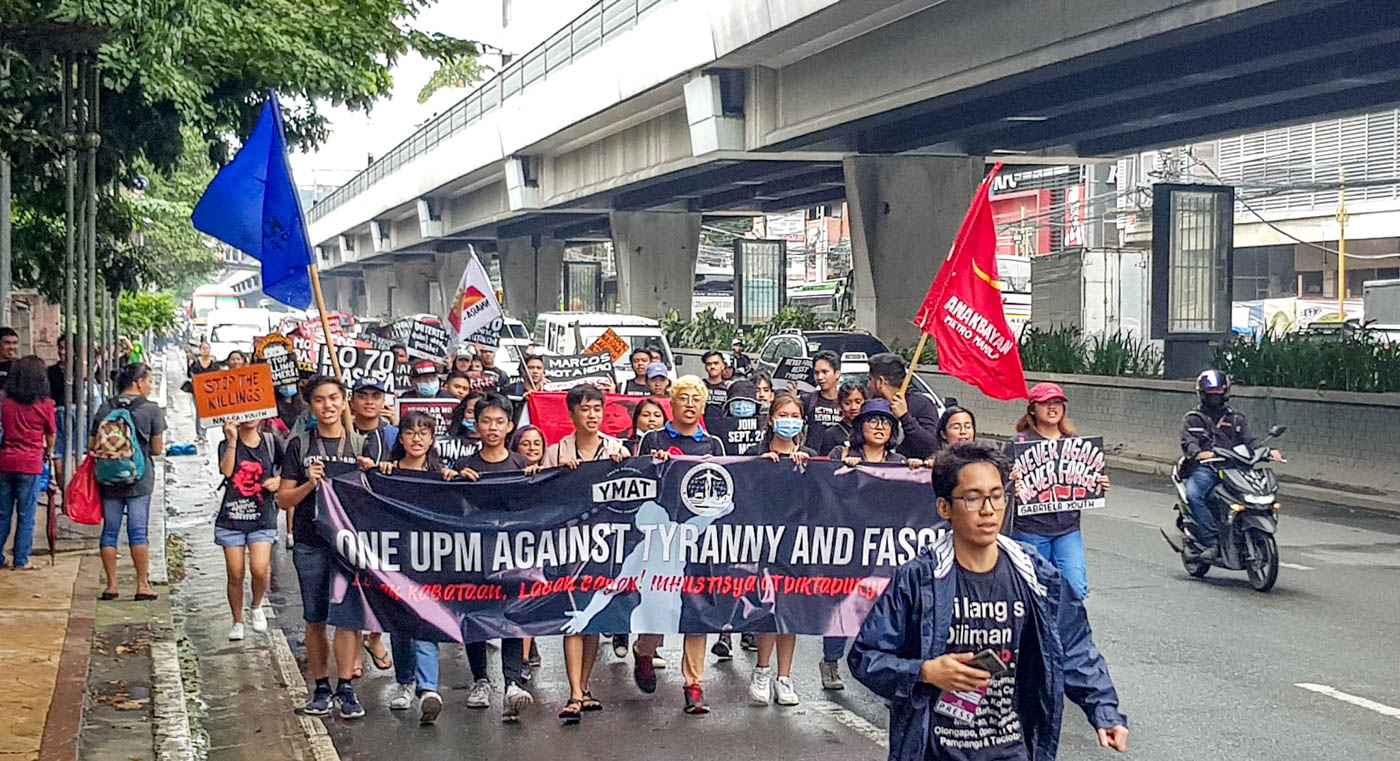 Jaia Yap is a Rappler intern with a bachelor’s degree in Business Administration from the University of the Philippines Diliman. He tweets at @jaiayap.