WATCH: All hail the queens of Philippine drag 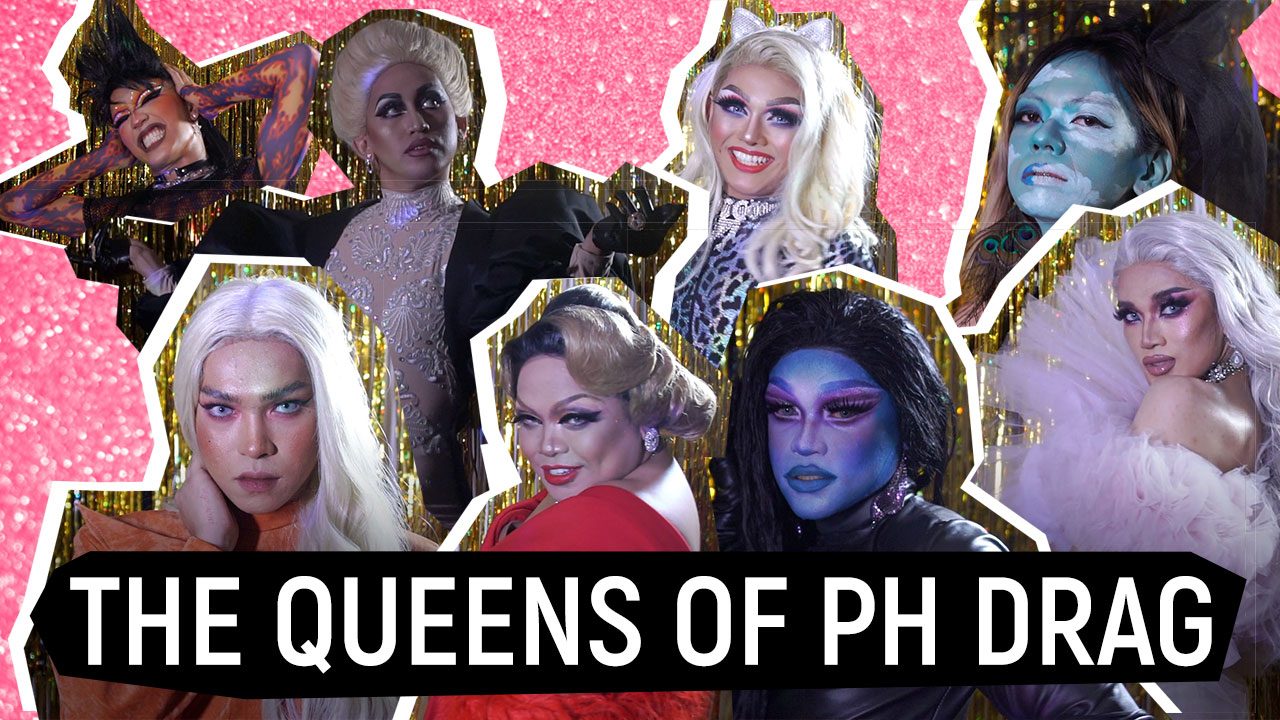 Facebook Twitter Copy URL
Copied
Wigs snatched, mugs fully painted, corsets laced, and heels on point, these drag queens are breaking barriers and using drag not only as a platform for self-expression and art, but also for social commentary

MANILA, Philippines – Start your engines, turn up the music, bring it to the runway, and pose.

Since gaining popularity, drag has become a platform for creativity, self-expression, and entertainment. The up-and-coming queens of Philippine drag are making their mark through makeup, fashion, live performances, and social media.

In the Philippines, drag queens have become synonymous to the gay nightclub culture. They can be seen performing in gay clubs such as Club Level in Quezon City, Nectar in Bonifacio Global City, and O-Bar in Pasig City. (READ: ‘I know a place’: 10 safe spaces for LGBTQ+ people in Metro Manila, from clubs to cafés)

Getting influences from Hollywood celebrities, comics characters, and pop icons, a drag queen usually portrays a character through makeup, fashion, and live performances.

But beyond the layers of colorful cosmetics, stacks of coiffed wigs, and hordes of extravagant clothes and accessories, these drag queens are pushing sociocultural boundaries in predominantly Catholic and conservative Philippines. (EXPLAINER: What you need to know about SOGIE)

The life of a drag queen is not all rainbows and glitter, as they confront discrimination and struggle for equal rights. (EXPLAINER: What you need to know about SOGIE Part 2)

In this Rappler feature, they tell us the story behind their names, how they got into drag, and what they think the future holds for drag in the country. – Rappler.com