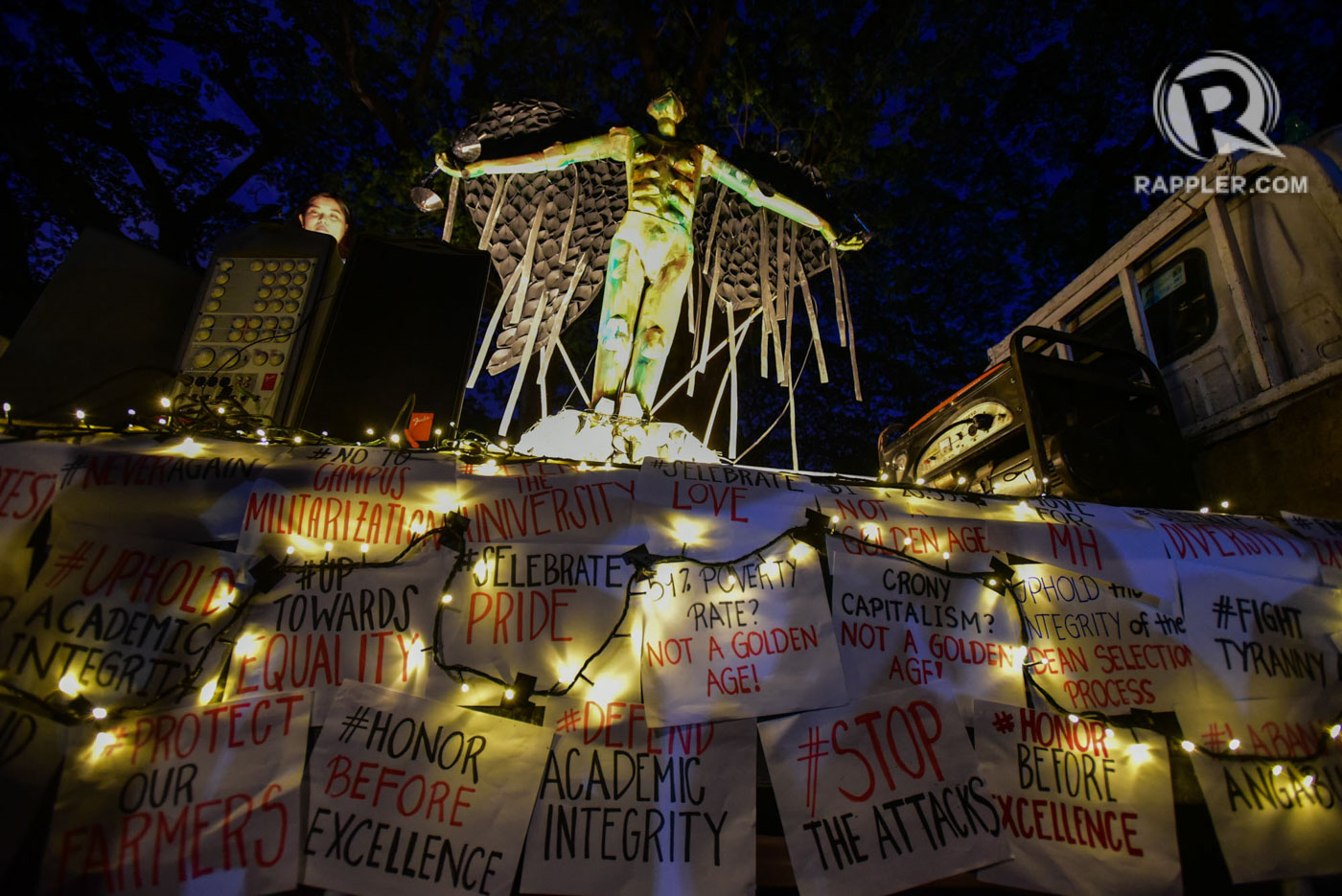 MANILA, Philippines – Taking a stand on various issues, the 2019 University of the Philippines (UP) lantern parade winged its way to display different artworks and floats on Friday, December 13, at the UP Amphitheater.

Alluding to the changing social and political landscape of the University and the country, various UP academic units and student organizations anchored their display on issues tackling press freedom, spirituality, combating historical revisionism, human rights, and the call to end all forms of violence, among others.

Following its theme, Pumailanlang (to soar), the UP lantern parade was centered on bird-like figures symbolizing the university’s efforts to help marginalized communities seeking refuge, and its advocacy for civil rights in times of turmoil. (READ: ‘Bakwit school’ for Lumad children opens in UP)

The UP College of Arts and Letters moored its float on the statement Malikhain Kritikal, featuring bird-like figures to align with the lantern parade theme. It won 1st place with a cash prize of P50,000. The UP College of Social Work and Community Development bagged the 2nd spot while the UP College of Science got 3rd place.

Among those who took part is the UP College of Mass Communication where its float featured a cauldron in reference to the recent Southeast Asian Games. It also showed words such as aktibista (activist), katotohanan (truth), media, and balita (news), highlighting the importance of press freedom and fighting disinformation.

LOOK: UP Diliman College of Mass Communication features a float with words such as “aktibismo”, “balita”, and media, showing the importance of press freedom. | via @biancavlsc pic.twitter.com/C0g5Dny9uV

Meanwhile, other floats portrayed their displays in relation to the West Philippine Sea territorial dispute. The UP Fine Arts students, for instance, featured Filipino fishermen and a panda which symbolizes China while students chant, “Atin ang ‘Pinas (The Philippines are ours).”

In light of the recently declared global climate crisis, UP Youth Agham demanded climate justice through Christmas-themed signs made from various recycled materials. 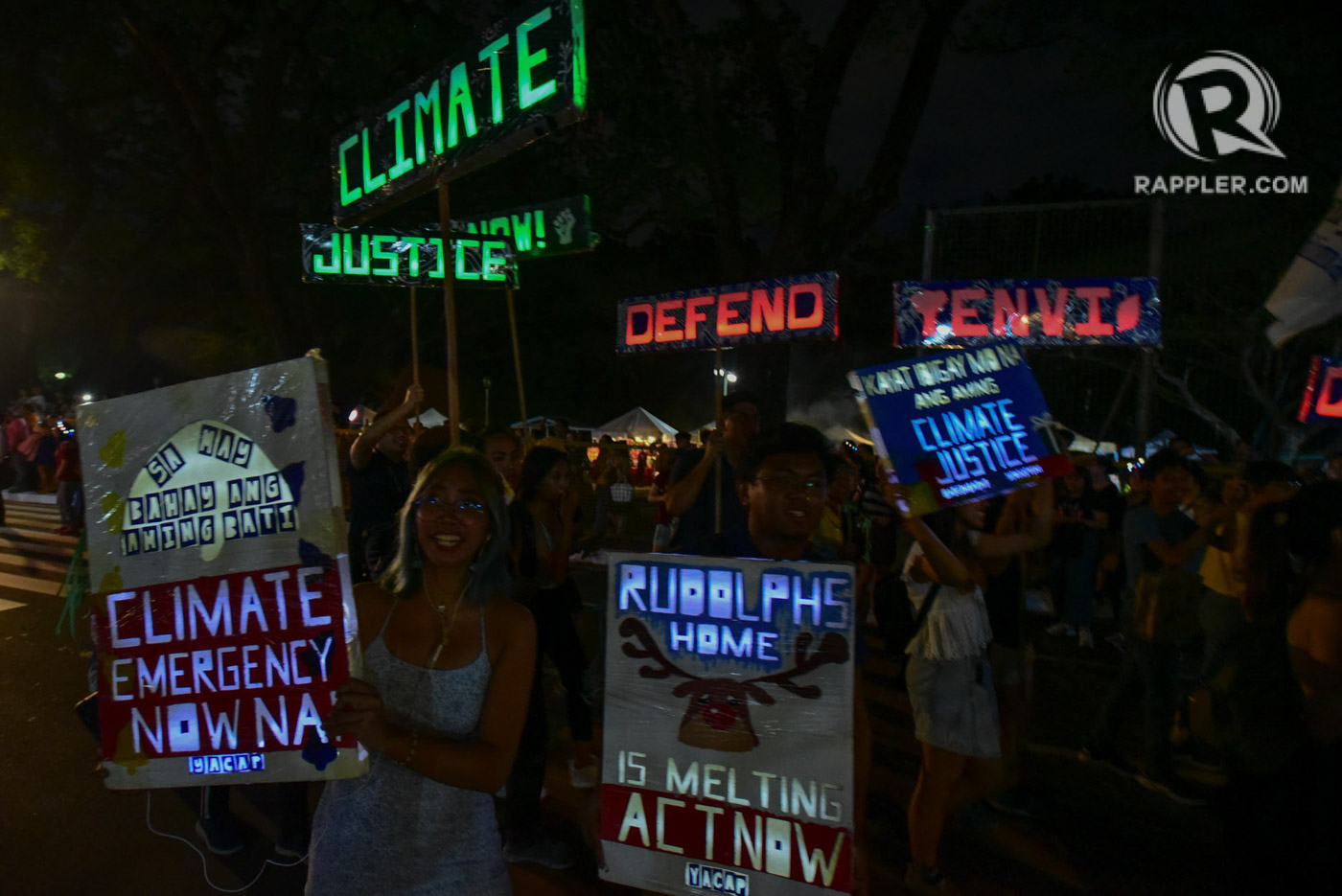 Around 2,500 people attended the 2019 UP Lantern Parade, according to John Barona. acting director of the UP Diliman Safety and Security office.

Here are Maria Tan’s photos from the 97th UP lantern parade: 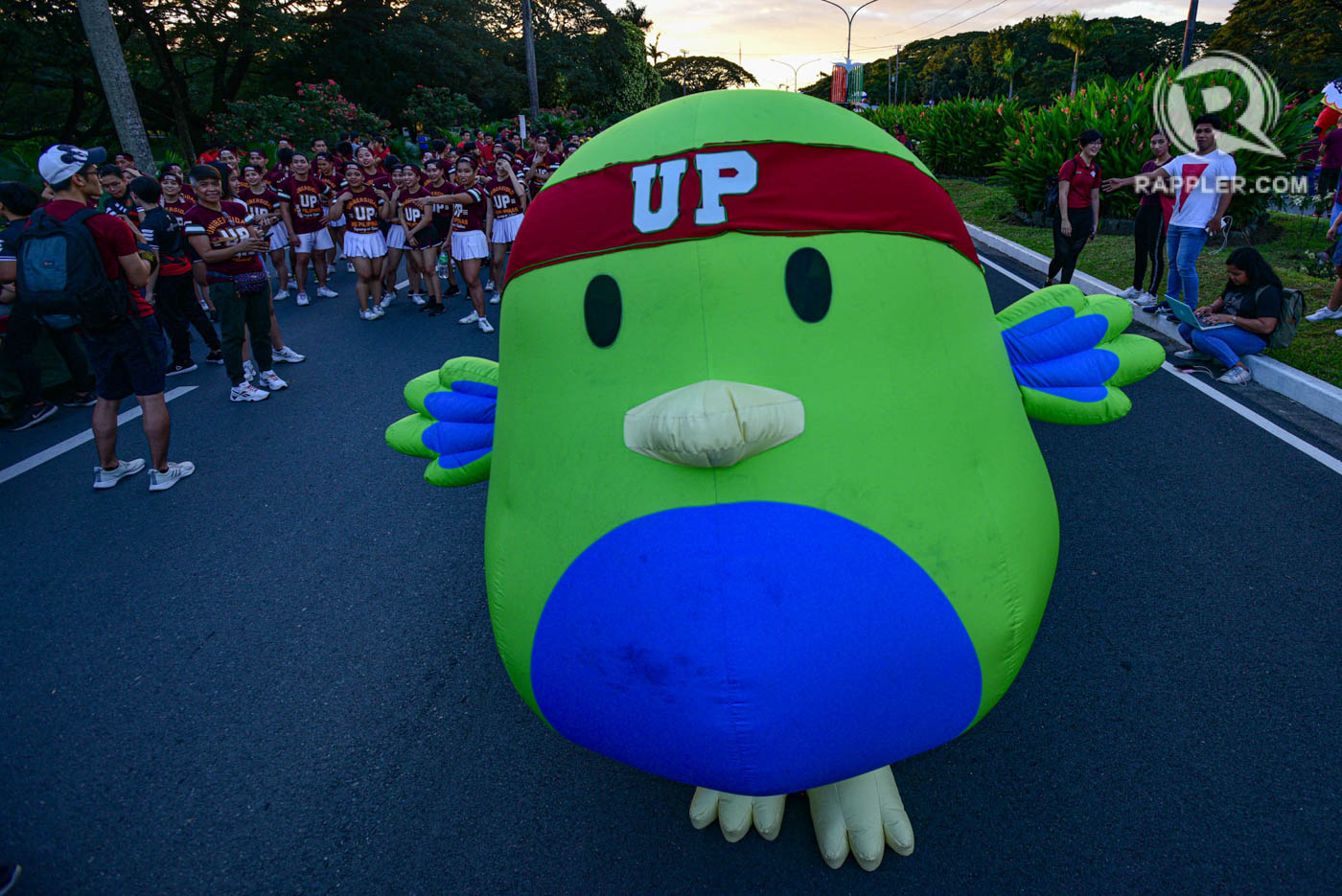 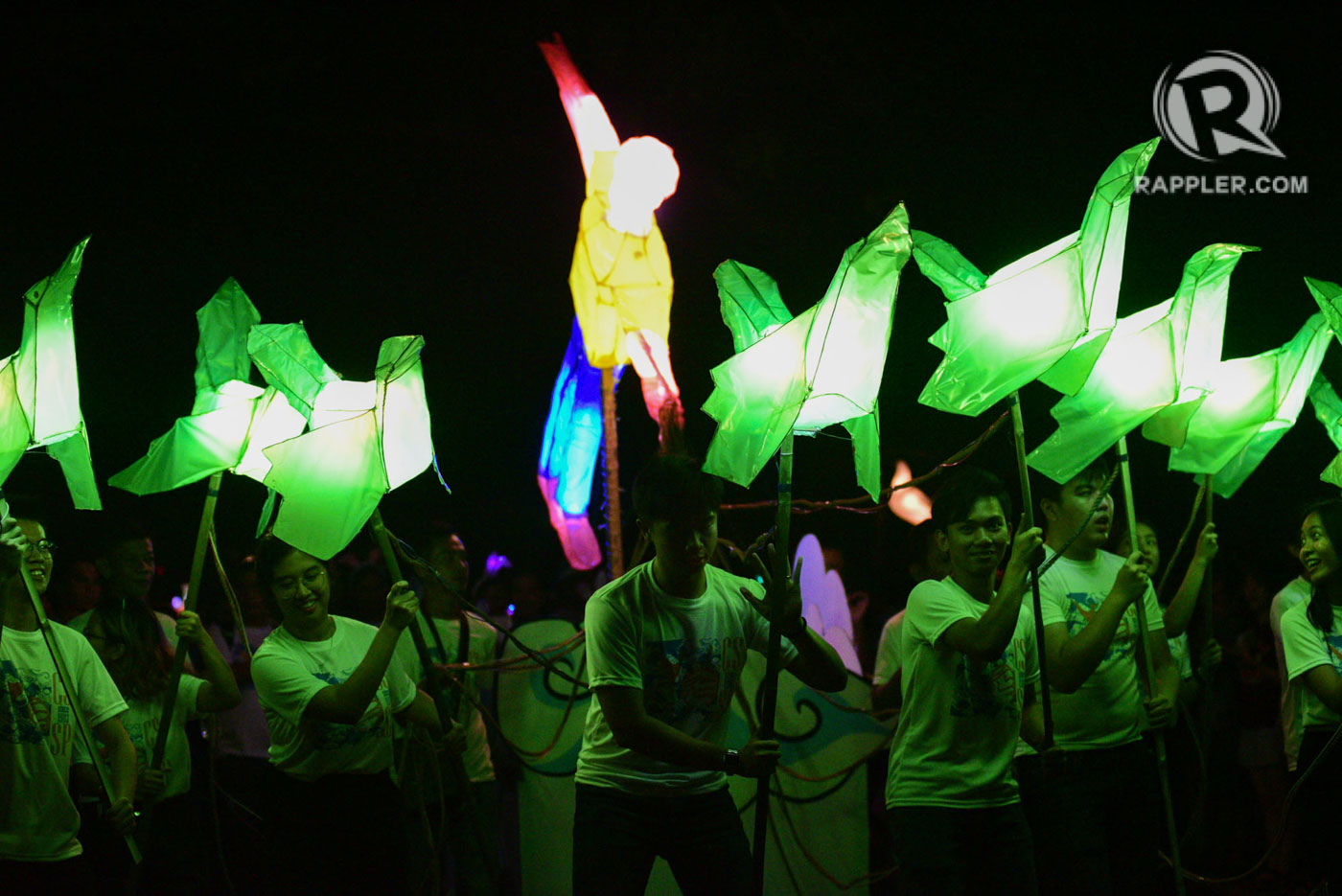 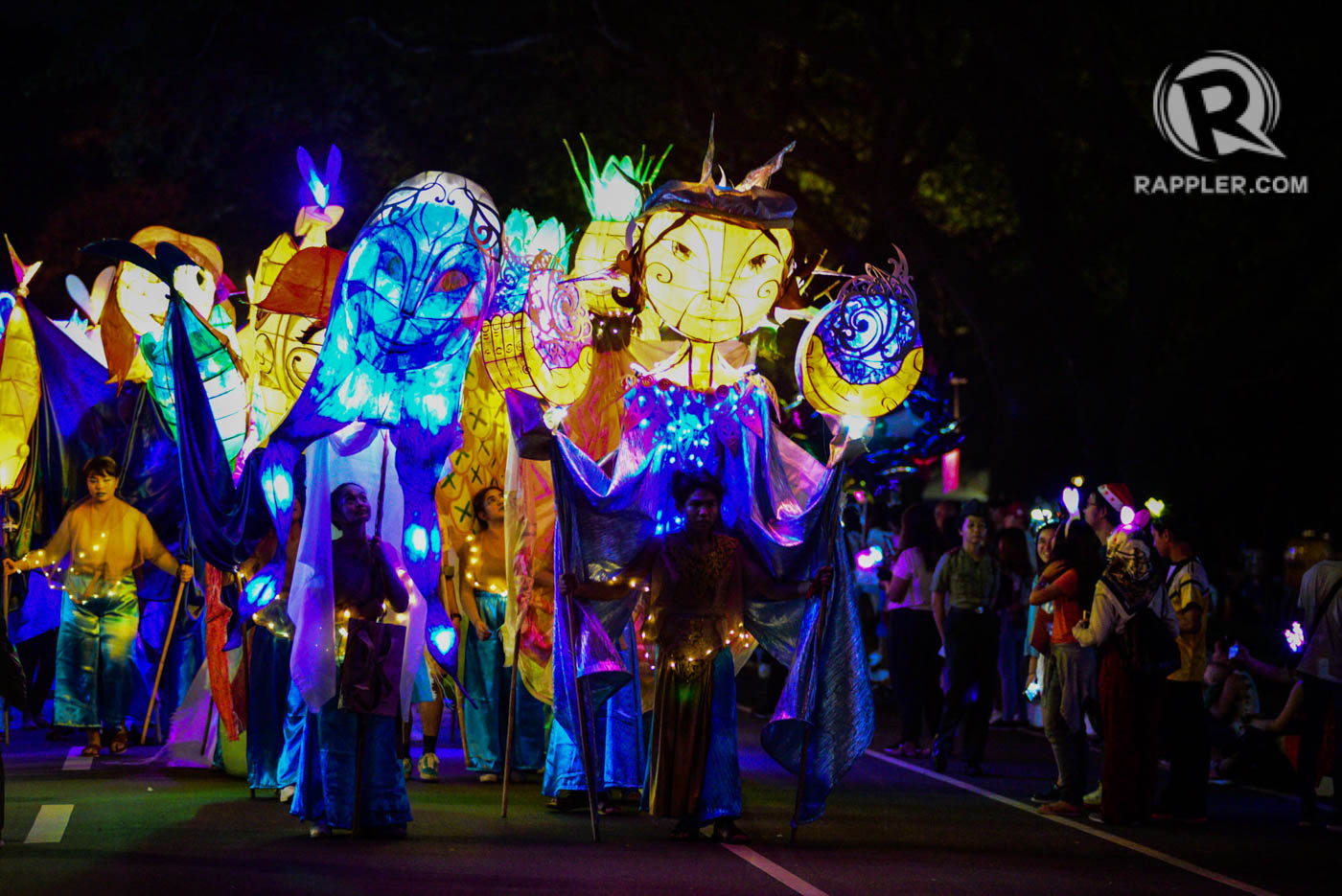 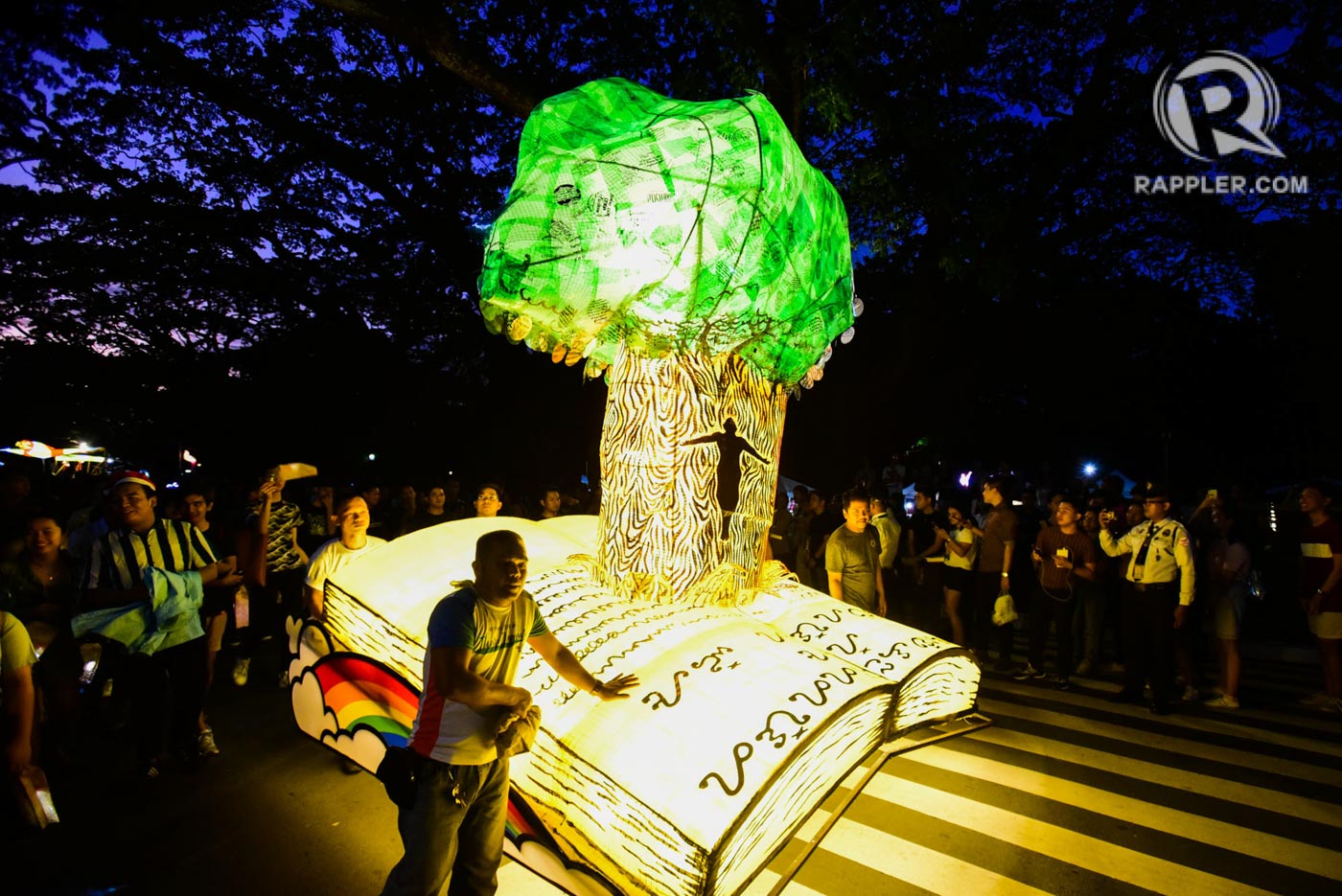 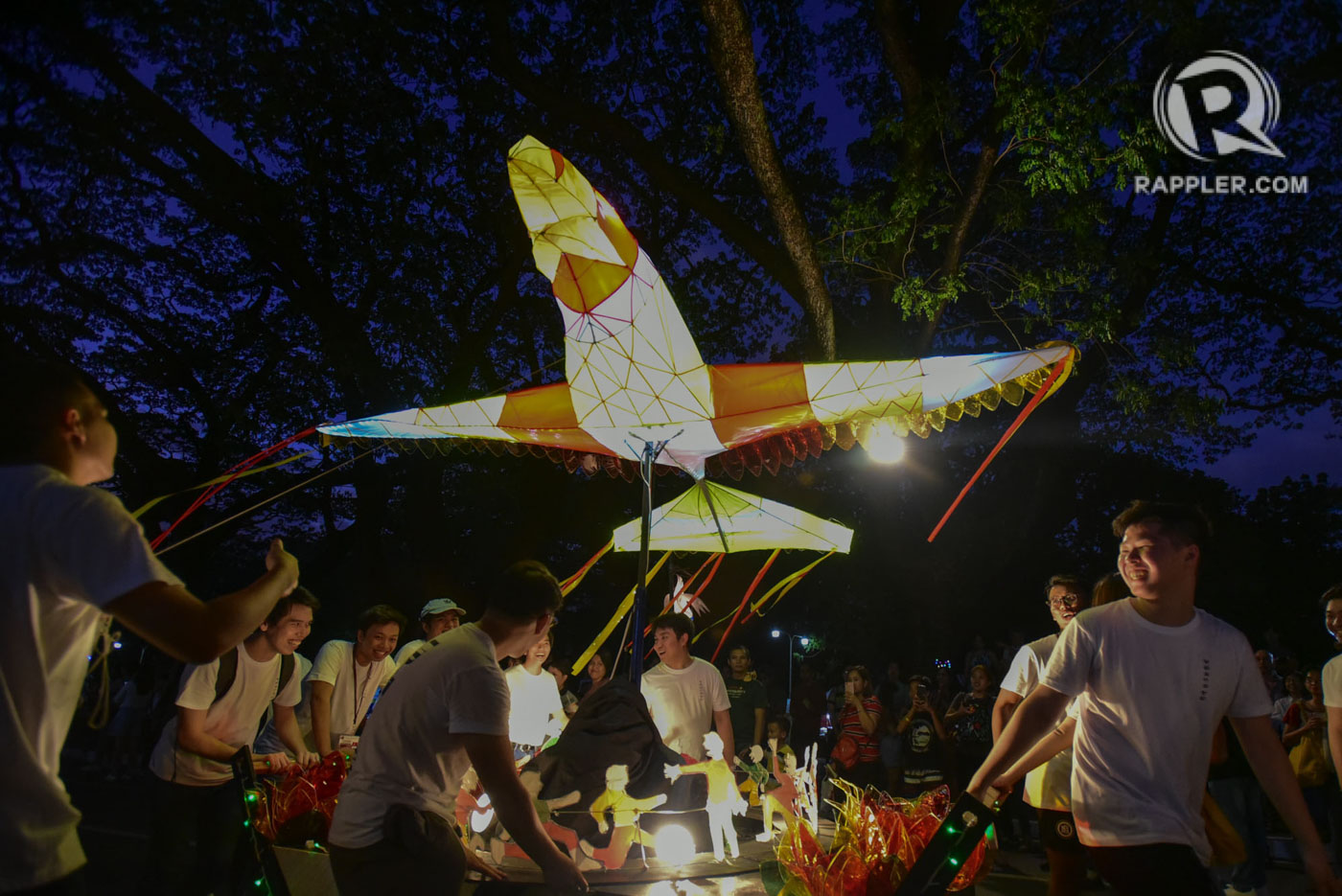 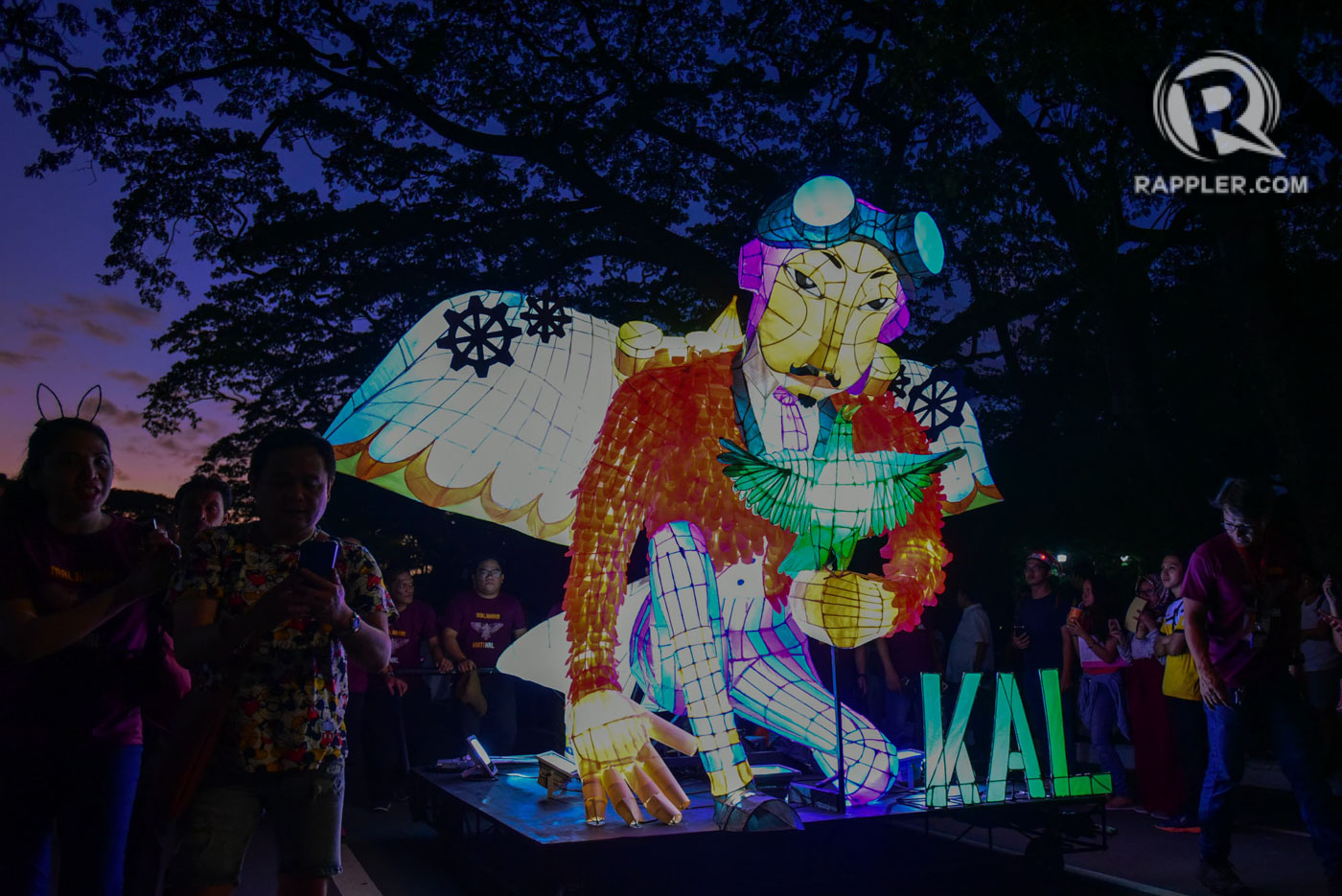 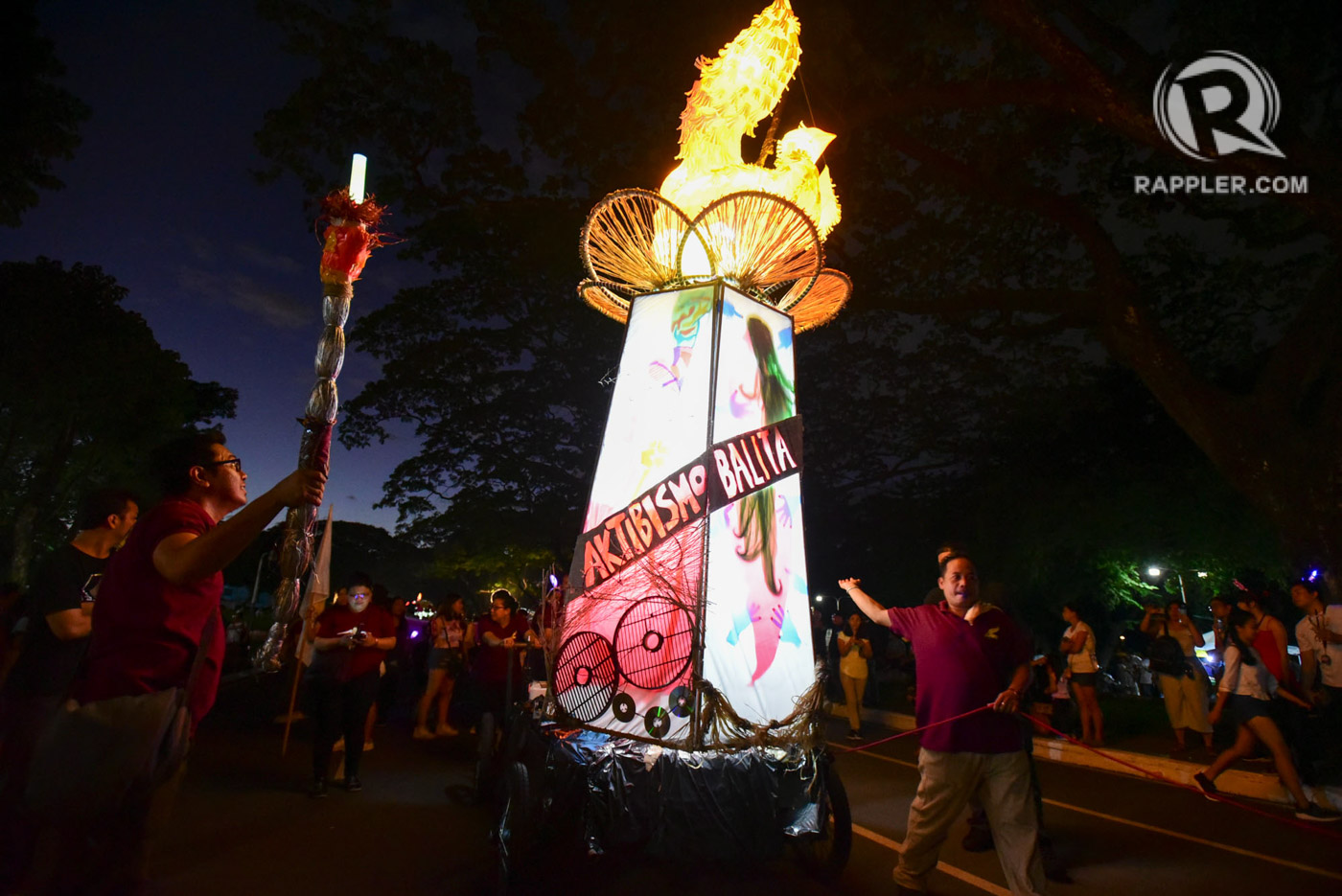 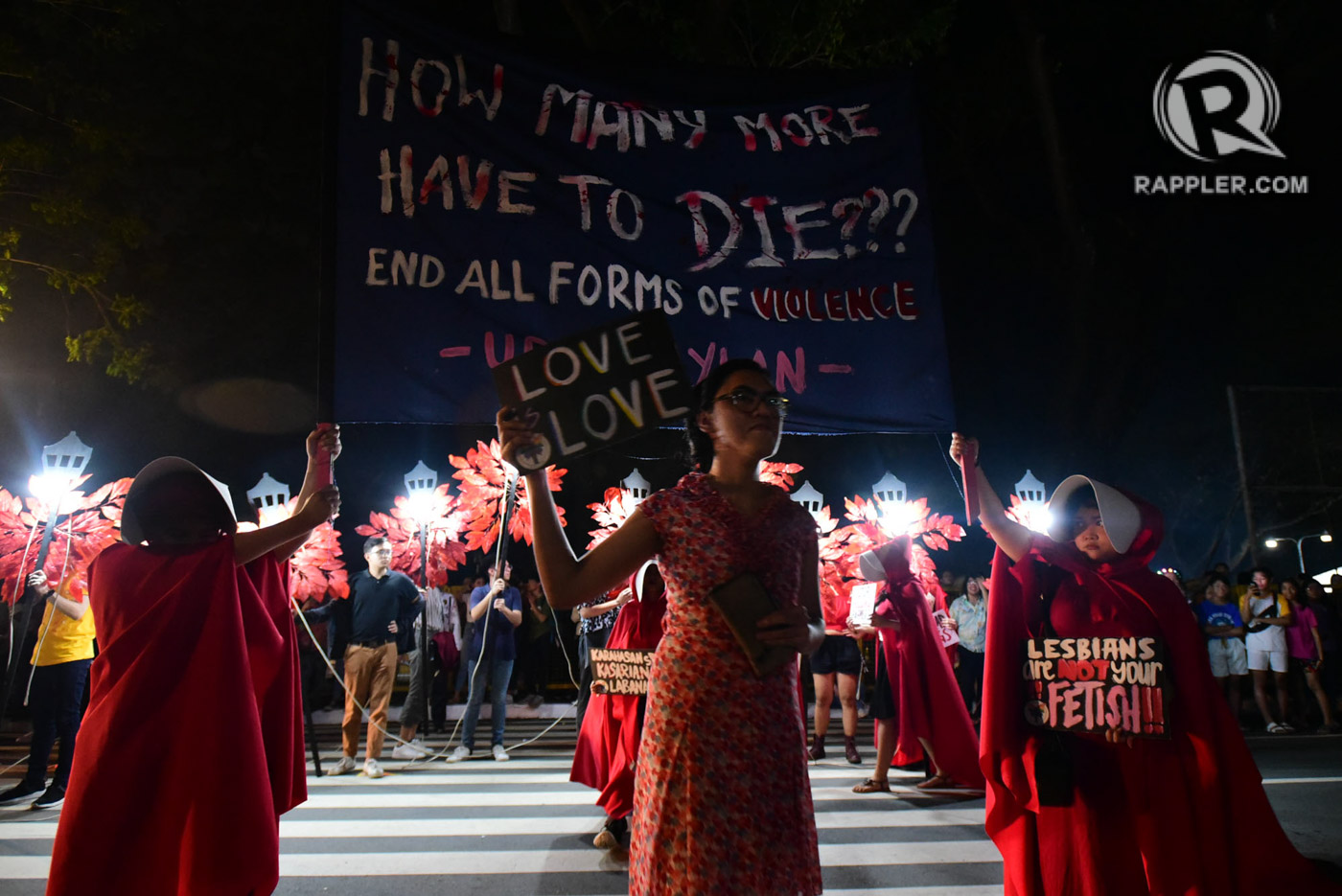 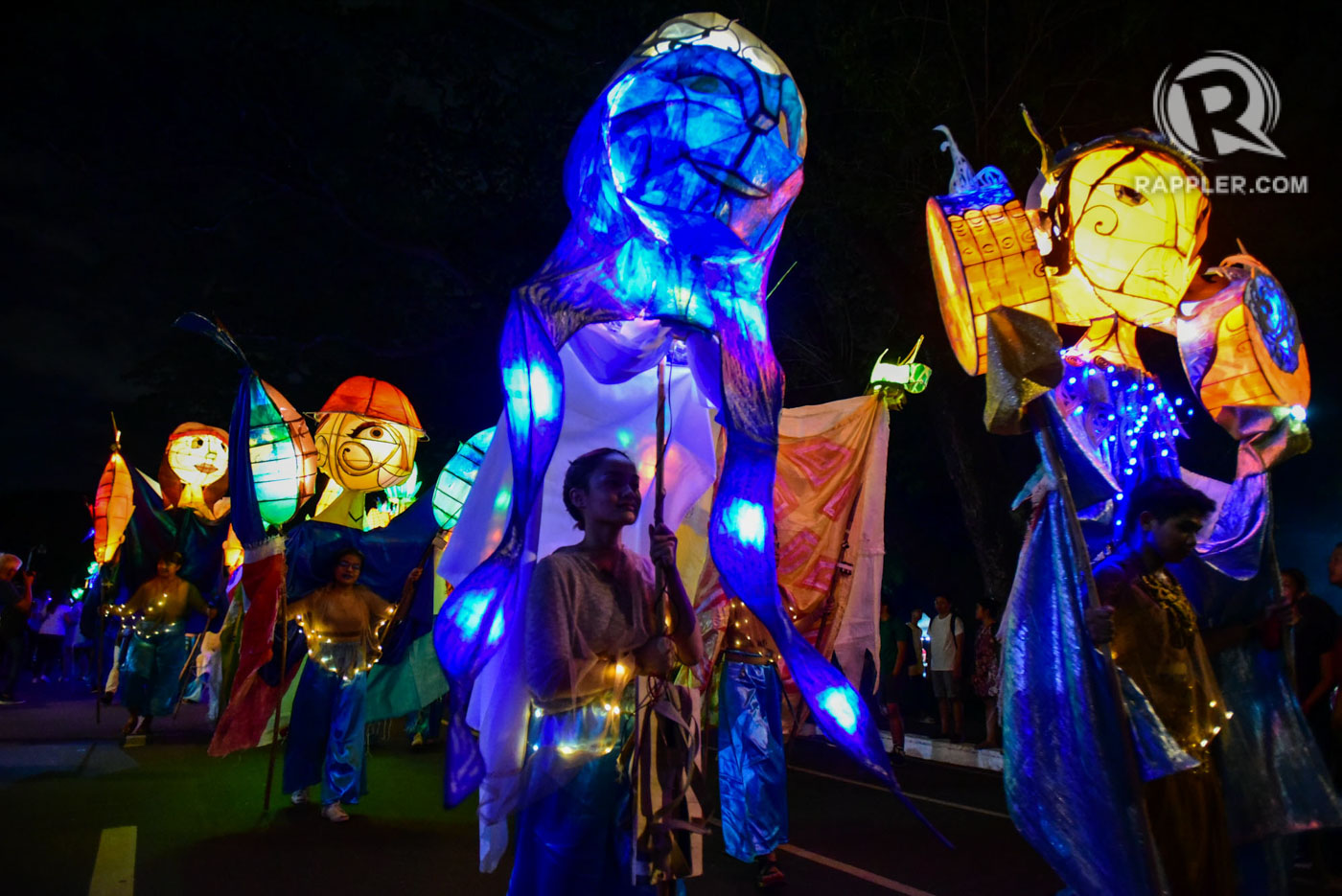 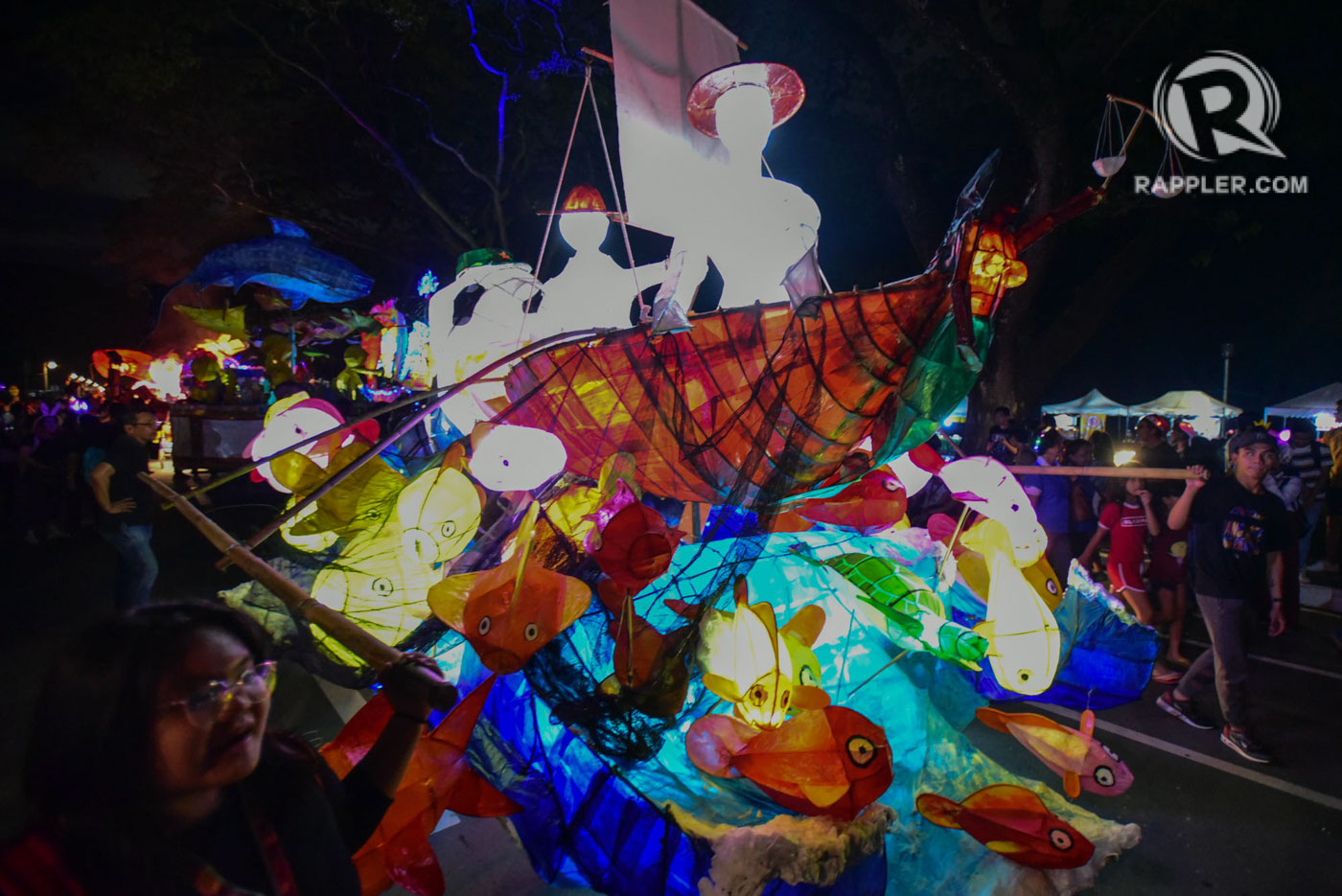 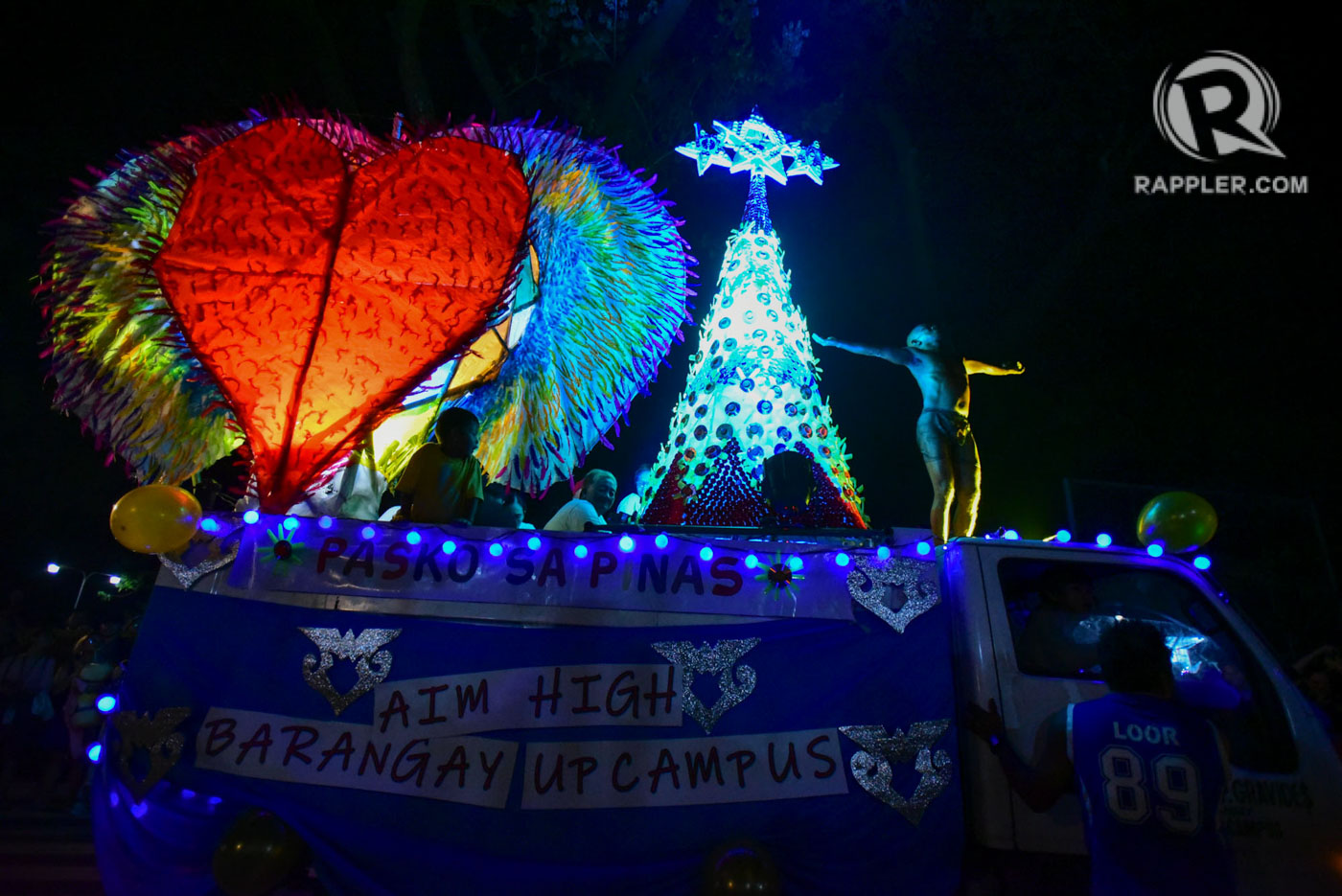 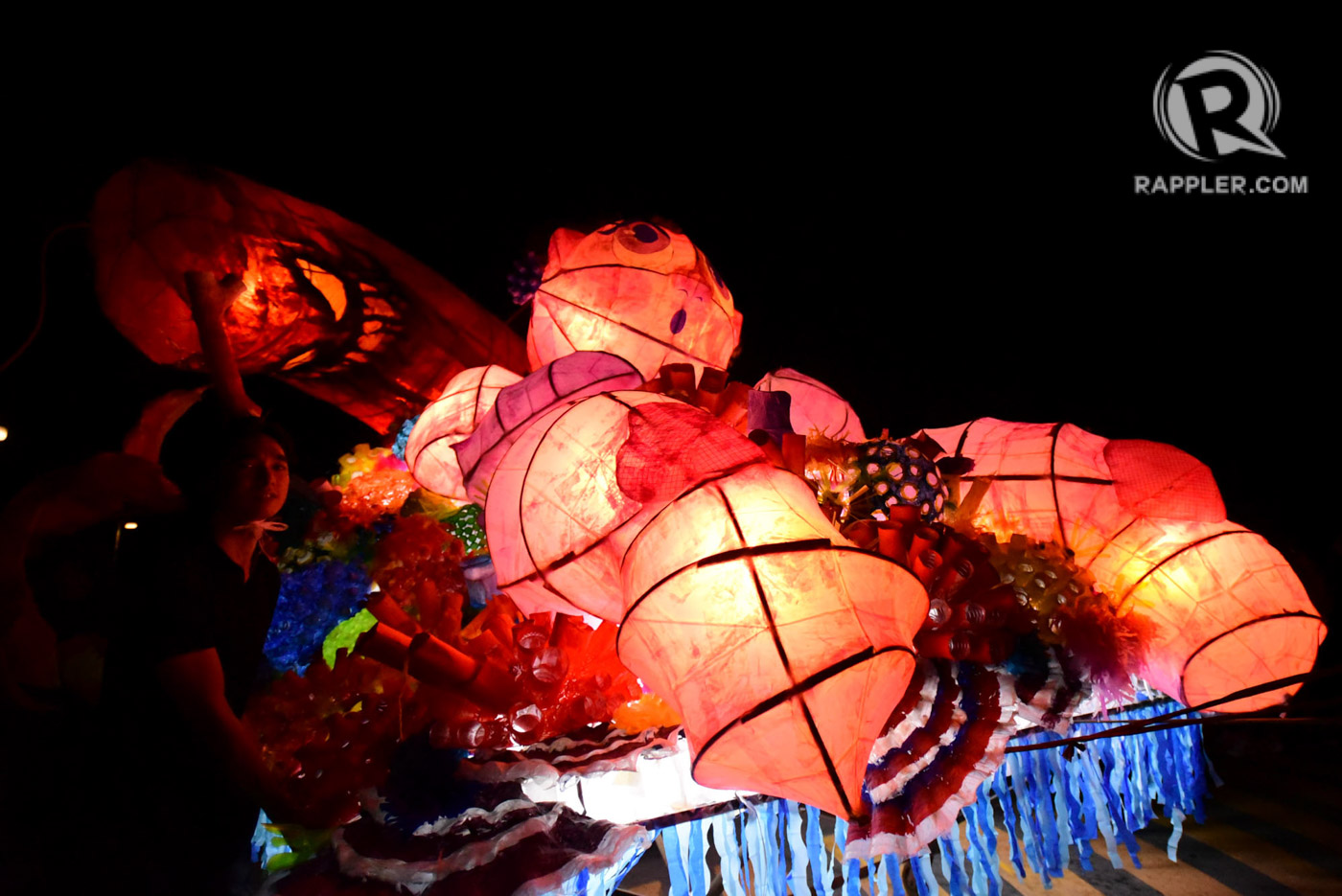