ILOILO CITY, Philippines – This year’s Dinagyang Festival filled the streets of Iloilo City with revelry and vibrant performances as locals and tourists witnessed one of the country’s grandest and most anticipated tourism events on Sunday, January 26.

In its early years, Dinagyang was a parish celebration where natives covered in ash danced in the streets, adopting the Ati-Atihan of Aklan. Now in its 52nd year, the celebration has evolved to feature joyous performers in colorful costumes, dancing to the beat of the drums while chanting “Hala Bira” with the crowd. The annual Ilonggo festival is celebrated every 4th Sunday of January as a way to honor the Holy Child Jesus, referred to as Señor Sto Niño.

Dinagyang Festival is a mixture of culture and religion. Among the common themes of the performances during Dinagyang are the pagan rituals of the Ati tribe and the introduction of Catholicism, represented by relics of Señor Sto Niño in all forms and sizes.

Iloilo Festivals Foundation Inc (IFFI), a new group of organizers, handled this year’s Dinagyang Festival with the aim of reining back the focus of the festival to the faith and devotion of the Ilonggos. (READ: Devotee for 40 years: Iloilo’s faithful steward is Dinagyang’s hermana mayor) The word “dinagyang” comes from the Hiligaynon term “dagyang” which means merrymaking. During the festival, revelers flock to the streets of Iloilo to dance, listen to local music, and relish the company of people from different cultures.

The highlight of the monthlong Dinagyang Festival is the Ati Tribe dance competition, where students form school-based tribes and conduct theatrical street performances.

This year’s theme was “Perfect Vision: Celebrating the Ilonggo Spirit in Honor of Señor Sto Niño.” Hoping to change things up, IFFI set up an arena-type presentation of the tribe dances, giving the audience a 360-degree view of the performances during the Ati Tribe dance competition. There were 4 stations where revelers can witness performances from every angle: the Iloilo Freedom Grandstand, Iznart-Solis Street, Valeria-Ledesma Street, and Iloilo Central Market.

Besting 7 other contingents, Tribu Paghidaet of La Paz National High School took home the top prize with their performance showing the evolution of faith in the island – from folk healing traditions to faithfulness to the Sto Niño.

Trailing after Tribu Paghidaet was Tribu Panayanon with their vibrant take on the conversion of the Ati tribe to Christianity through Sto Niño, as they gave thanks for their bountiful harvest.

Tribu Dagatnon, with their performance depicting Ati healers and their rituals, got 5th place.

Here are some photos of this year’s Dinagyang Festival: 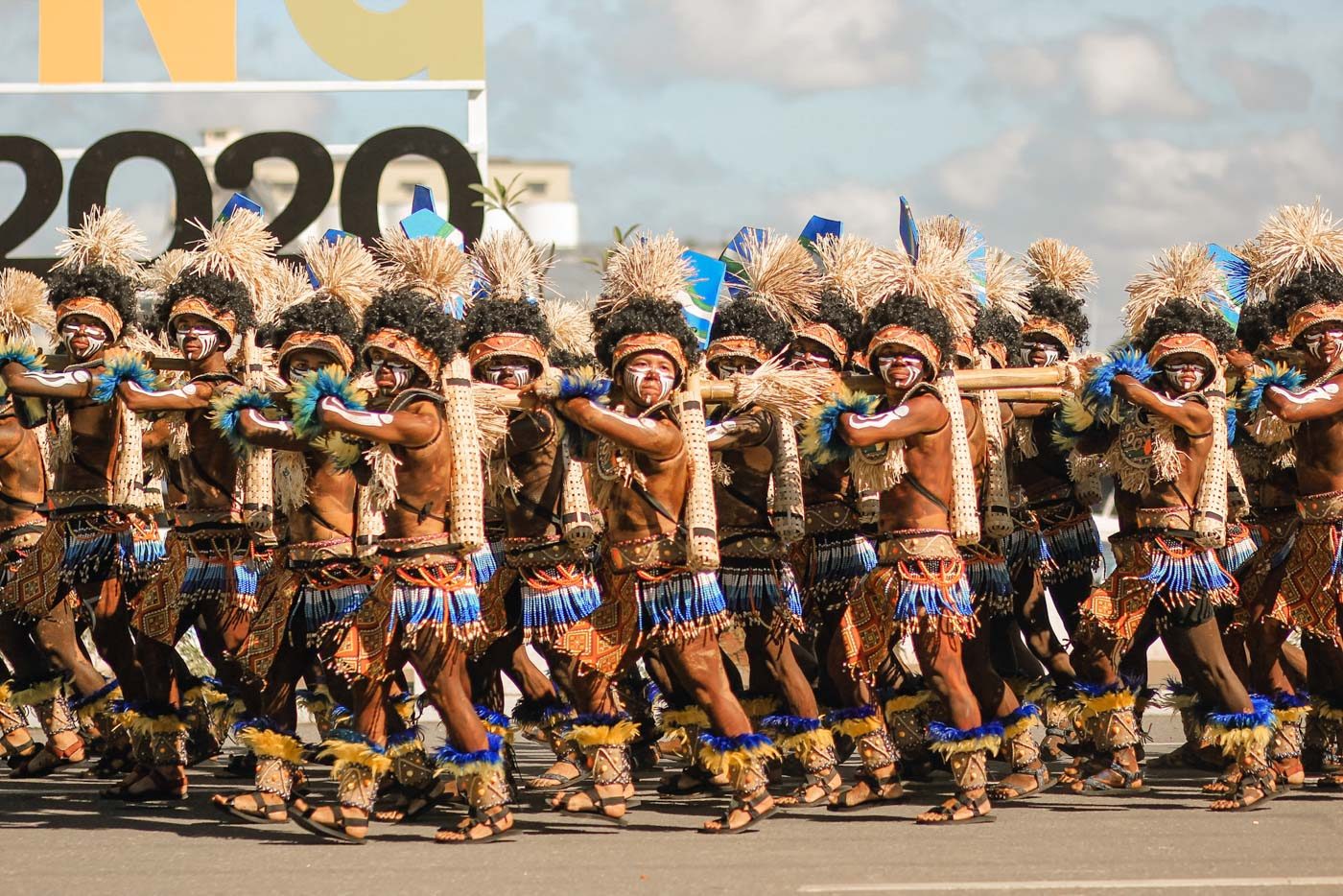 Carl Don S. Berwin is a Rappler Mover and a SharePH ambassador in Iloilo City. He is also an Accountancy student at the University of the Philippines Visayas.