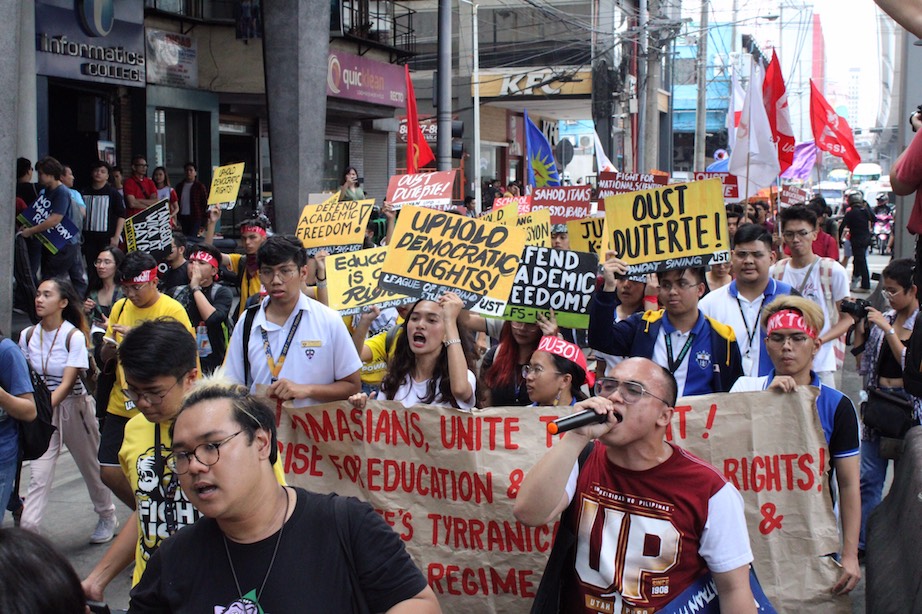 MANILA, Philippines – Holding up their placards and signages, students from various colleges and universities joined forces in a “walkout” in Mendiola, Manila on Friday, February 28, to protest the impending increase in tuition and miscellaneous fees.

For the students, “Ayokong magmahal” (I don’t want the cost to go up) meant more than just an expression on love phrased in a hashtag, as the protest expressed their opposition against a tuition hike.

According to the National Union of Students of the Philippines (NUSP), the University of Sto. Tomas, Far Eastern University, De La Salle-College of St. Benilde, De La Salle University – Manila, St. Louis University, and University of San Carlos were among the universities with proposed increases in tuition and other school fees, varying from 4 to 7% in the next academic year. 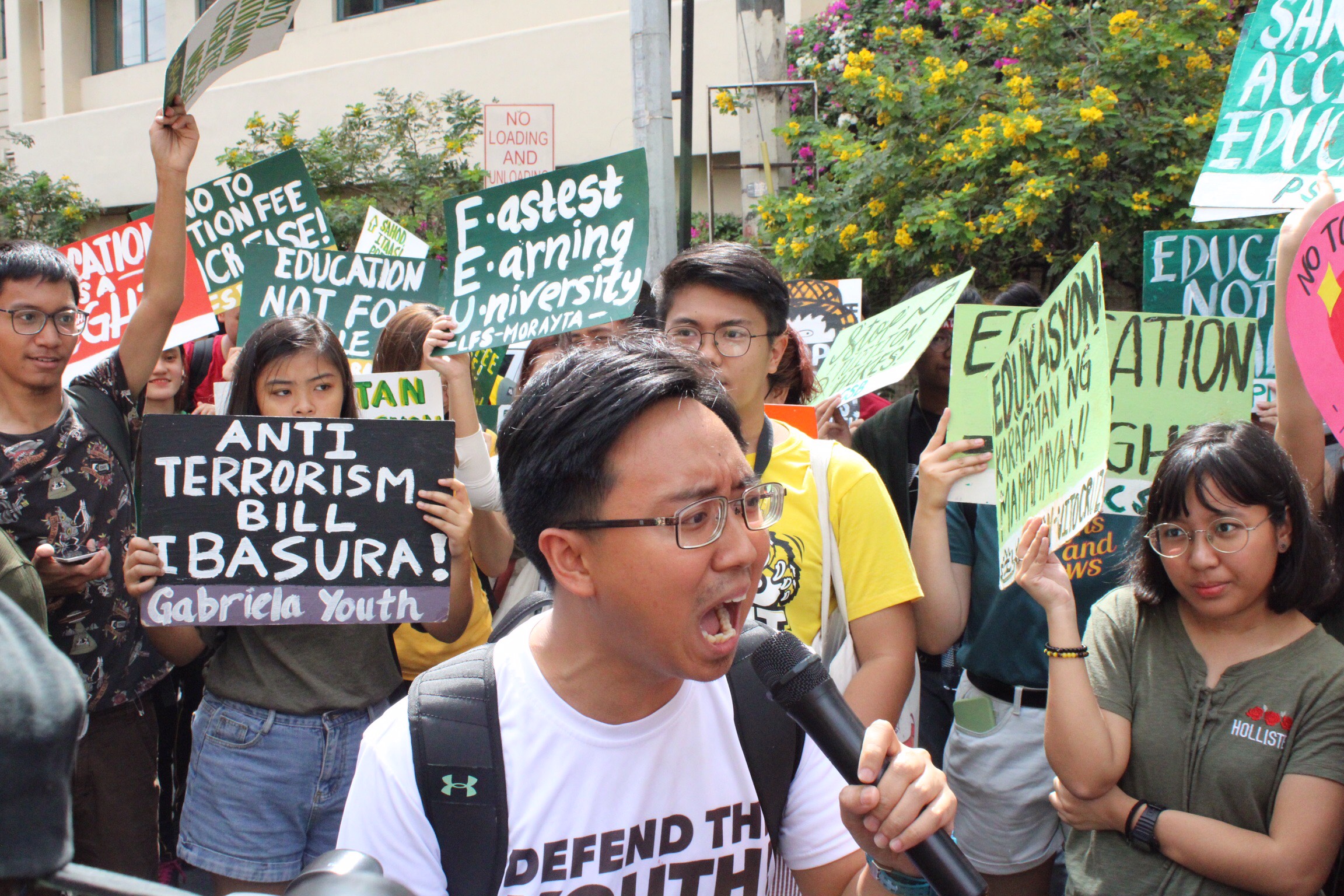 (The truth is, our country’s higher education is a big scam because it prioritizes profit rather than the quality of education that President Duterte is proud of.)

(Under Duterte’s administration, the tuition increase every year is much higher than our inflation rate. That’s why, if there’s a ‘tuition hike king,’ it’s no other than Duterte. He’s the reason why our education system is very unaffordable.)

(The percentage of the youth going to college continues to decrease. This is a challenge to the Duterte administration to show that if he is truly concerned for our rights, he should oppose these kinds of policies.) 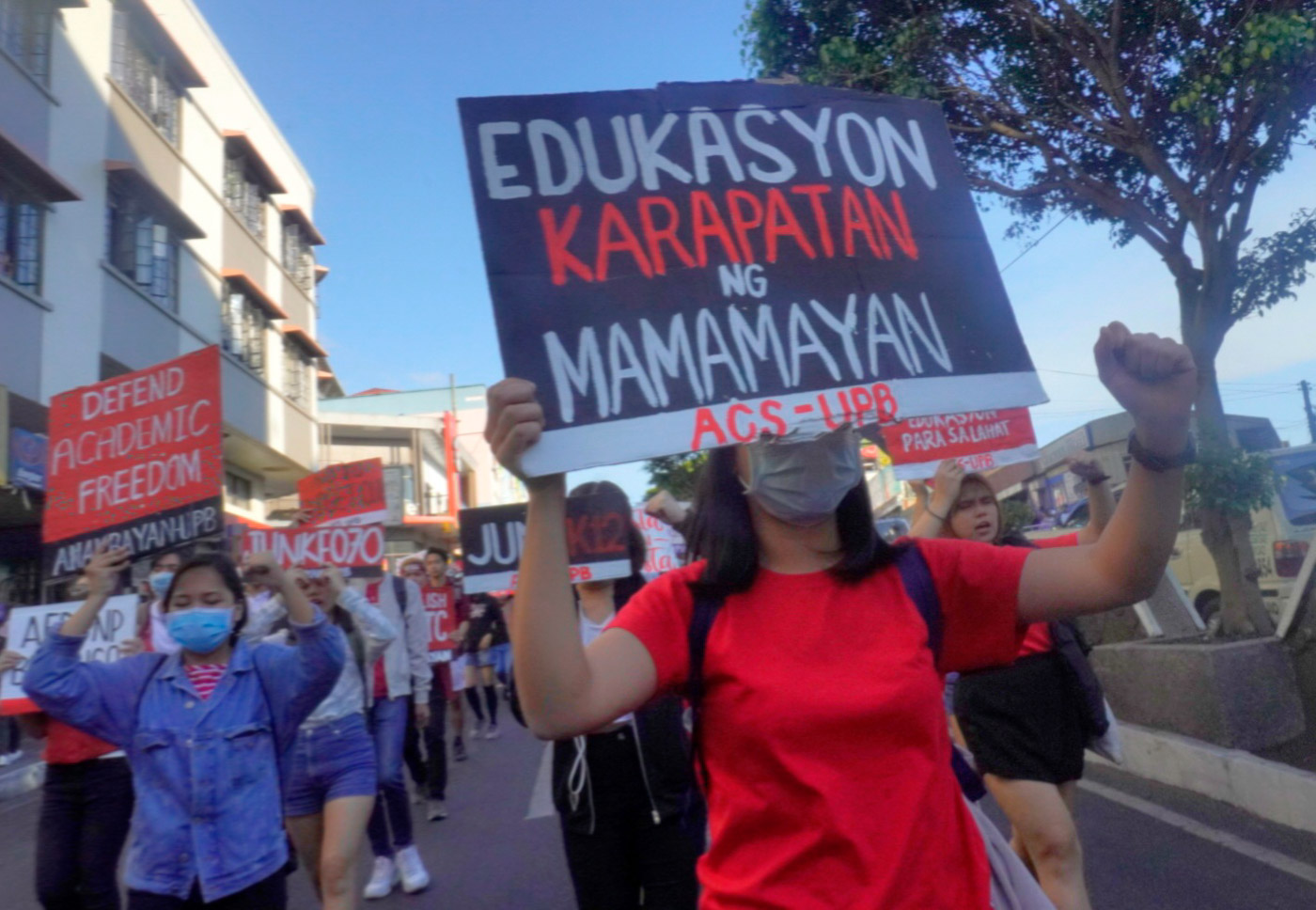 Groups such as Anakbayan, Kabataan Partylist, and League of the Filipino Students, as well as local organizations gathered in front of the FEU Morayta gate and marched to Mendiola.

The League of the Filipino Students (LFS) also listed University of the East, De La Salle University (DLSU) – Dasmarinas, Cavite campus, and Central Philippine University (CPU) in Iloilo City among those that may be affected by the tuition fee hike.

However, some student leaders pointed out that although consultations were done with the student councils and faculty regarding the proposed hike, these do not validate the increase.

The University of the Philippines (UP) Office of the Student Regent said that the effort to revive the mandatory ROTC started in the House of Representatives in Congress through a bill proposing the Citizen Service Training Course (CSTC). This would require SHS and college students to undergo a “combination of military and non-military training.” The proposal is to pilot-test this in UP. 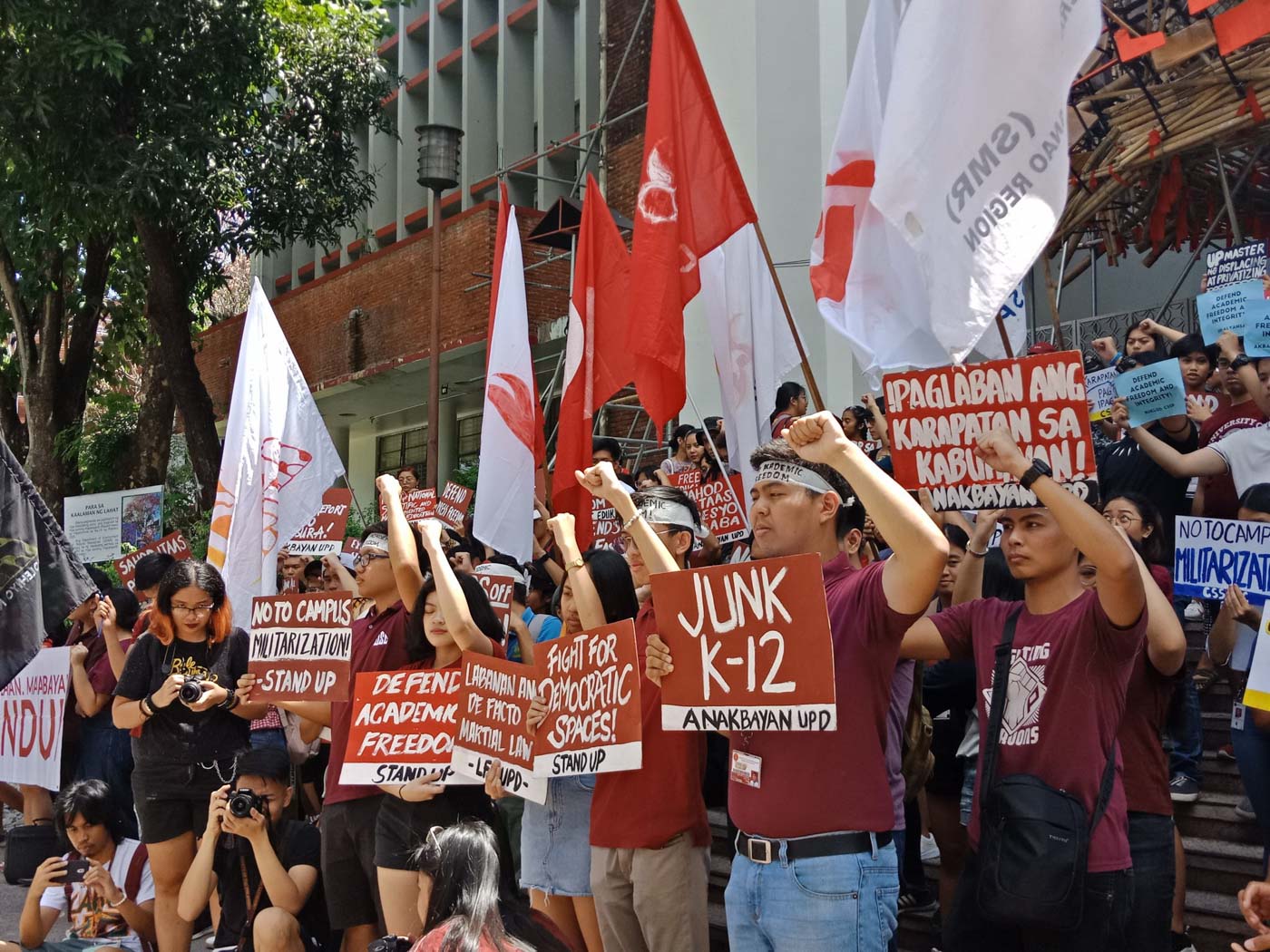 Ludwig Bables from the Polytechnic University of the Philippines’ Sandigan ng Mag-aaral para sa Sambayanan (SAMASA-PUP), meanwhile, urged the government to focus on the improvement of school facilities instead.

Protesters also sang “Makibaka” to the tune of Sarah Geronimo’s hit song “Tala” to encourage the youth to fight back against injustice through activism.

They also carried tarpaulins depicting cartoon caricatures of President Duterte, Commission on Higher Education Chairman Prospero de Vera III, and Department of Education Secretary Leonor Briones.  They threw paint bombs at the caricatures at the end of the program.

The said protests were also staged inside campuses of colleges and universities in Metro Manila such as in UP Diliman, DLSU, UST, Ateneo de Manila University, and in the Polytechnic University of the Philippines-Sta. Mesa; as well as in other cities and provinces including Baguio, Bulacan, Cavite, Laguna, Cebu, Iloilo, and Davao.  – Rappler.com

Danilo Navarro Jr. and Kristine Vega are members of The Communicator, the official student publication of the Polytechnic University of the Philippines – College of Communication. Navarro also serves as the publication’s managing editor.