May 5, 2020 10:22 PM PHT
Raisa Serafica
Facebook Twitter Copy URL
Copied
'The move is clearly a case of political harassment against a pillar of Philippine democracy that employs thousands of Filipinos whose livelihoods are now at risk with the order' 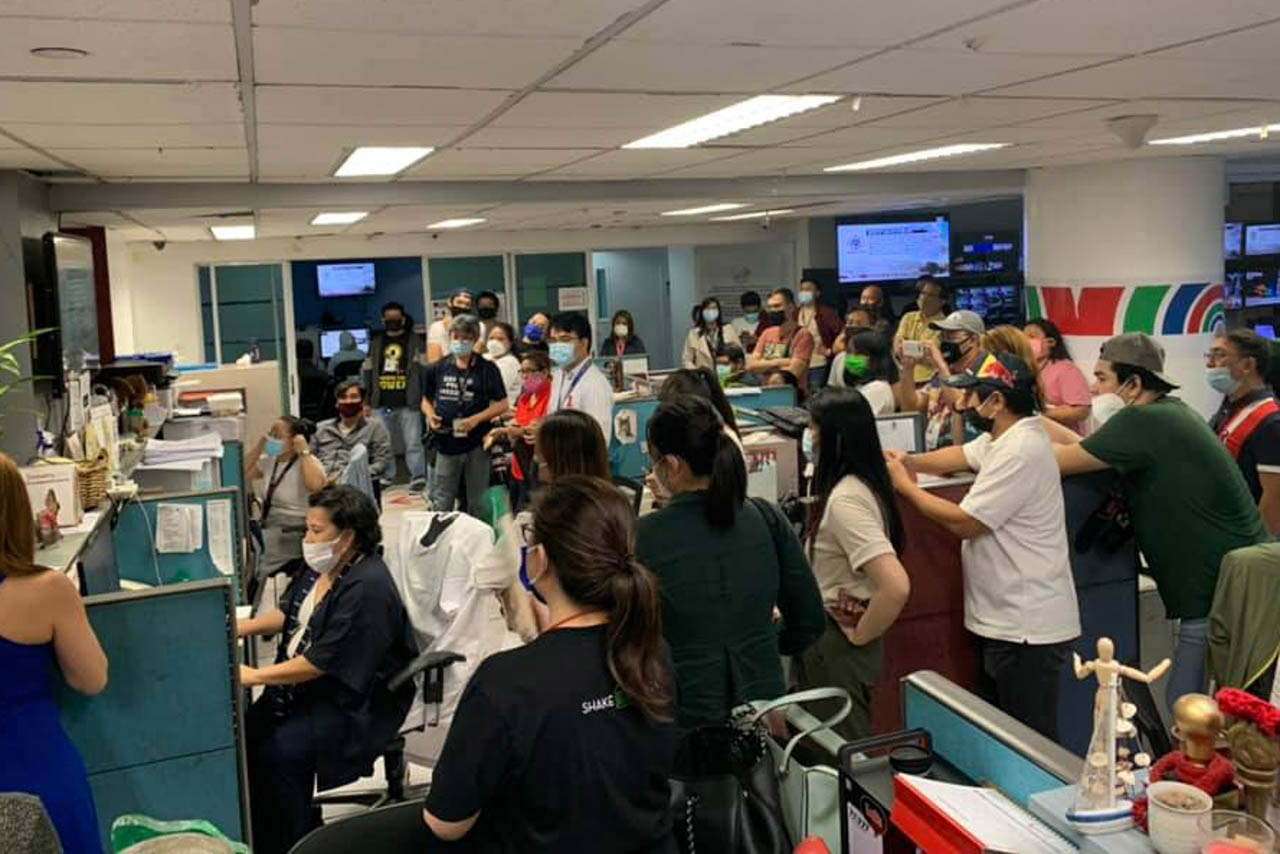 In a rare show of solidarity, several media groups rallied behind ABS-CBN after the National Telecommunications Commission (NTC) ordered its closure on Tuesday, May 5, 2020.

The media giant that employs around 11,000 workers officially went off-air at 7:52 pm on Tuesday.

The Photojournalists’ Center of the Philippines (PCP), Foreign Correspondents Association of the Philippines (FOCAP), and the Consortium on Democracy and Disinformation (D&D)  – composed mostly of media practitioners – condemned the NTC order against ABS-CBN.

“The order threatens press freedom at a time when the public needs an unfettered press the most. As the Philippines reels from the fallout of the coronavirus pandemic, ABS-CBN’s critical eye is needed now more than ever to help inform the public,” FOCAP said in a statement.

According to PCP, for this closure to happen in the middle of a global emergency like the coronavirus is nothing short of insensitive. (READ: Press freedom takes a hit in PH during coronavirus pandemic)

“We in the media have been foregoing our own safety to be able to cover the COVID-19 crisis so that valuable information can be disseminated. For the government to cancel the franchise of ABS-CBN in the middle of this crisis is a wanton disregard for the interest of the public,” PCP said.

The D&D pointed out that this move cannot be taken apart from the “wider context of the Duterte administration’s war on the media.”

Aside from this, other news groups like Rappler, Inquirer, VERA Files, and the Philippine Center for Investigative Journalism have been on the receiving end of various forms of attacks against the press. On multiple occasions, President Rodrigo Duterte and other members of his administration have also red-tagged alternative news groups. (READ: ‘An act of betrayal,’ Rappler says on closure order vs ABS-CBN)

“If the nation will allow an unjust ABS-CBN shutdown to stand, we should all expect increased media harassment, more widespread and more malevolent disinformation, worse obscenities committed against journalism in the name of ‘the law,’” D&D said.

“The move is clearly a case of political harassment against a pillar of Philippine democracy that employs thousands of Filipinos whose livelihoods are now at risk with the order,” FOCAP added.