ABS-CBN employees to lawmakers: Renew franchise so we can continue to serve 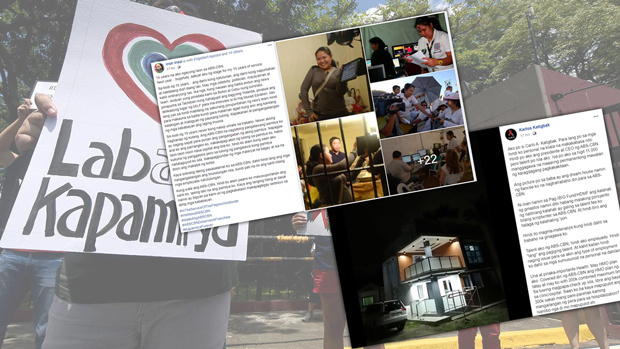 Much has been said about the 11,000 employees of ABS-CBN who will be affected in case the broadcast giant’s franchise renewal gets the thumbs down from Congress.

The Congress this week resumes its hearing on the bills that would renew ABS-CBN’s franchise, which expired last May 4. Despite assurances from the National Telecommunications Commission that the network would be granted a provisional permit allowing them to operate past this date, ABS-CBN was asked to immediately cease operations on May 5. (READ: ABS-CBN employees petition House to grant network new franchise)

But who are the 11,000 employees anyway? How have their lives been changed by the network? And how will the Congress’ decision on the network’s franchise affect their future?

ABS-CBN employees, including talents and longtime staff, broke their silence on social media over the weekend to share personal stories, in a bid to put a human face on the 11,000 figure often mentioned in various hearings, news reports, and social media posts. In the past, employees have generally withheld their comments on the ongoing case, citing network policy. (READ: TIMELINE: Duterte against ABS-CBN’s franchise renewal)

Many employees took to social media to share their story. Some of them are talents while others have been employed by the network for decades already. Some of them worked behind the cameras while others are personalities known to the public because of their television appearances. (READ: Without a franchise, ABS-CBN may start laying off workers by August)

One of them is Carlo Katigbak, an ABS-CBN talent involved in scriptwriting, and the namesake of the network’s CEO. He shared how, even as a talent, he enjoyed several benefits from the company, including health plans, loan services, and opportunities to travel and study. 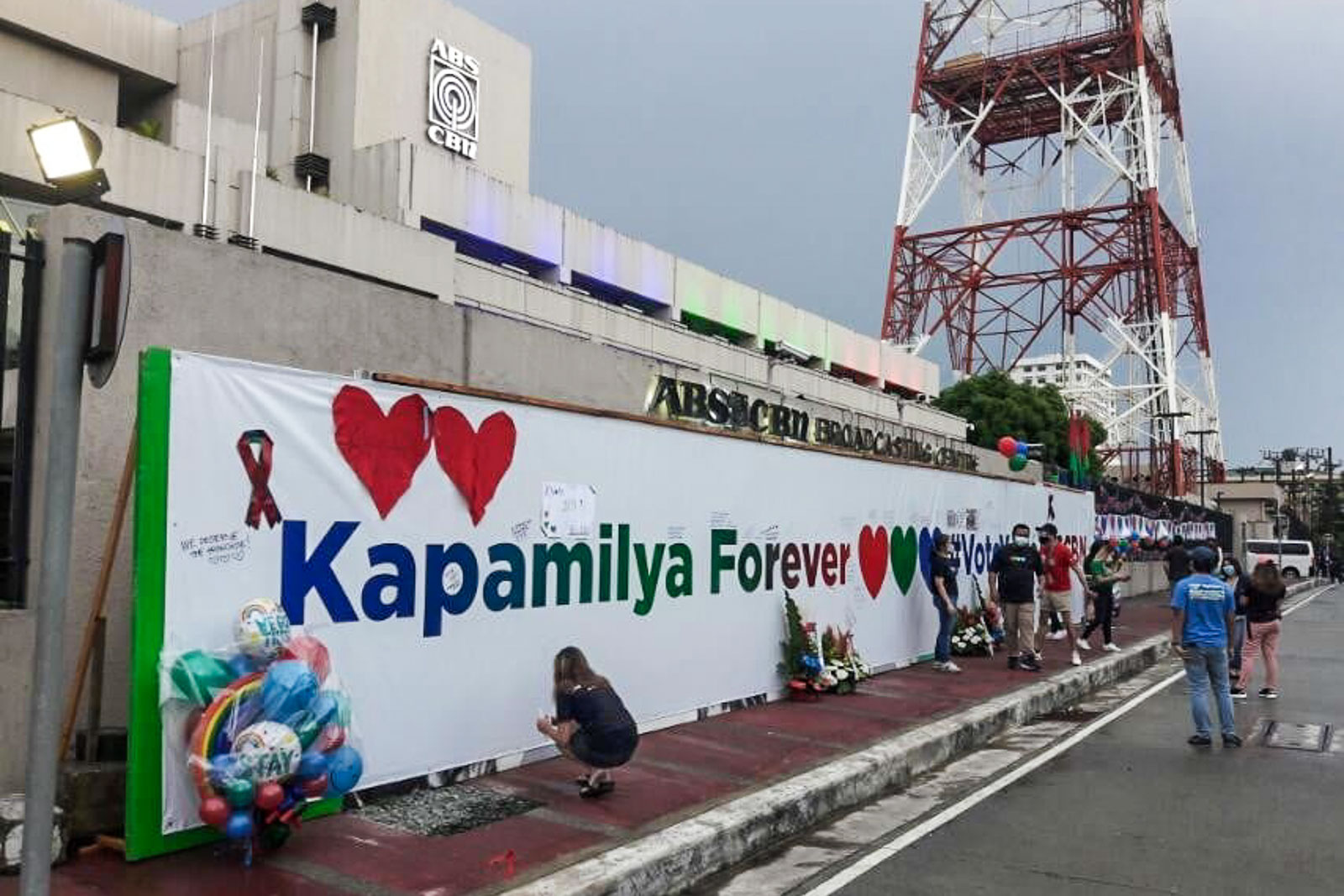 (Like what has already been reiterated and proven with proper documentation in past hearings: ABS-CBN is compliant with the BIR, SEC and DOLE.)

Katigbak also admitted that the network – like any other organization – could still improve on a number of issues. Supporters have argued in the past that if there are any violations, ABS-CBN should be penalized accordingly, not shut down.

Irish Vidal, another employee who is part of the network’s news team, shared how the network not only widened her career horizon but also helped her during times of personal need.

(I managed to send my relatives to school. I was able to support my family. When my grandmother was in the hospital almost every year, I didn’t know where to get the money, but with the help of my second family, I was able to help them.)

‘To be in service’

All of the employees who shared their personal stories online made the same appeal to the lawmakers who will decide on the network’s franchise – and consequently the future of its 11,000 employees: Renew ABS-CBN’s franchise so they can stay in “service of the Filipino people,” as the network’s slogan goes.

(Without ABS-CBN, I don’t know how else I’ll be able to support myself and my family. That is why my only hope and prayer is to be given the opportunity to continue serving the public.)

Below are other online posts made by ABS-CBN employees, using the hashtag #IbalikAngABSCBN and #DefendPressFreedom: