Jul 5, 2014 11:00 AM PHT
Jodesz Gavilan
Facebook Twitter Copy URL
Copied
A healthier body can be achieved by following the food guide of the FNRI 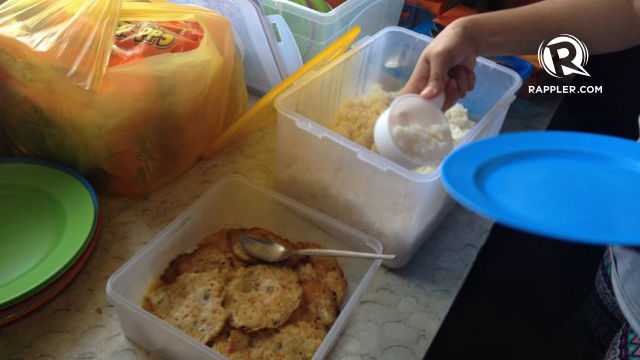 MANILA, Philippines – Do you know what makes a meal healthy?

If not, you might be one of the many adults with diet and lifestyle-related diseases in the Philippines.

In answer to the growing concern, the Food and Nutrition Research Institute (FNRI) developed a new food guide to promote healthy eating habits among Filipinos.

Pinggang Pinoy, literally translated as Filipino Plate, is a visual representation of what a person should consume on a per meal basis. It is a plate-based food guide that features the right proportion of food that contains the right nutrients needed by the body of an average Filipino.

A person with Chronic Energy Deficiency is someone who has low energy storage due to lack of intake of the proper nutrients. In 2013, the survey results showed that one in every 10 Filipino adults is CED. Women tend to be more energy deficient than men. (Read: Nutrition facts: Hidden hunger)

Meanwhile, the prevalence of obesity increased among Filipino adults in 2013 with 3 in every 10 people considered obese. Seen as a health risk, an abnormal accumulation of fat mainly due to the wrong type of food intake leads to obesity.

According to Science Research Specialist Ma. Jovina Sandoval, this is what the new food guide wants to correct.

“The most important message we want to give to Filipinos is that they need to take the right proportions,” she explained.

The Pinggang Pinoy aims to complement and not replace the existing Daily Nutritional Guide (DNG) Pyramid. It is an effort to translate the recommended portions to household measures.

Through this, the Pinggang Pinoy becomes a familiar food plate model that is simple and understandable. It also emphasizes the need for variety in the diet of an individual.

A banana represents the fruit portion as it is the most accessible type of fruit among FilipinosThe visual guide shows a plate in 4 portions, each with a symbol:

Meanwhile, the 3 food groups GO, GROW, and GLOW are placed on the brim of the plate. The whole set is accompanied by a glass of water and is placed on top of a native hand-woven placemat to depict the roots of the Philippines.

By making it visually appealing, it becomes more acceptable and understandable to the public.

“It’s necessary to provide consumers with a visual guide to encourage them to eat what is right,” Sandoval said during the 40th seminar series of the FNRI.

The Pinggang Pinoy team pre-tested the visual guide in several rural and urban areas. Results from the test show that the respondents preferred and followed the said format than a written one.

The current version of the visual guide is only for adults aged 19 years old and above.

Sandoval explained that producing a Pinggang Pinoy for children and other groups such as the elderly is already in the future plans of the FNRI. These population groups have a different set of required nutrients considering different lifestyles. (READ: Dealing with hunger among elderly Pinoys)

She said the FNRI  will continue working closely with the Department of Health, National Nutrition Council, and the World Health Organization to secure a healthy future for Filipinos of all ages. – Rappler.com