Who are your barangay nutrition scholars? 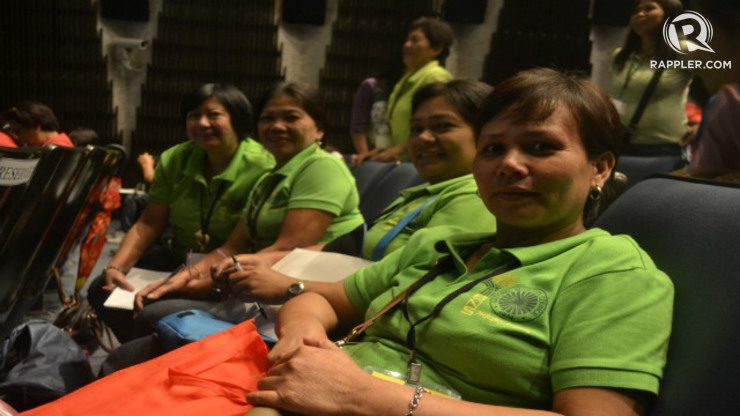 MANILA, Philippines – Aside from the Taytay Falls, there is also one more thing that a small town in Laguna should be proud of.

Majayjay, a fourth class municipality tucked in the foot of Mount Banahaw, is home to almost 27,000 people. Most residents depend on agriculture for their daily needs, some get by with their humble stores that cater to tourists passing by on their way to Mount Banahaw.

A lot of people tag the famous mountain as a holy pilgrimage site. Several shrines, said to be revealed by the holy voices to a certain Agripino Lontoc more than a century ago, can be seen in the various corners of the mountain where visitors can pray or pay their respects. Its springs are considered sacred, an alternative to holy water, that can cure diseases of any kind.

But for the children of Barangay San Miguel, one of the 40 barangays in what used to be called “Monte de Majayjay,” a woman known for carrying a long piece of board with numbers, is their fast ticket to a healthy life.

Jenny Hubilla, one of the Barangay Nutrition Scholars (BNS) of Majayjay, has been going from house-to-house for 3 years to ensure that all children are accounted for. (READ: Ending the malnutrition cycle)

(We evaluate who are the malnourished children in our area so that we can prevent further complications. It’s really important to treat the children while they’re still young.)

BNS are considered the frontliners in providing the basic health and nutrition services to their communities. According to the Food and Nutrition Research Institute (FNRI), they are the “key implementers” of the numerous grassroots projects of the government. One of the responsibilities of barangay nutrition scholars is identifying malnourished children by visiting each house in their area and weighing each child of the household. It is called Operation Timbang (OPT).

(We measure their height, using a height board, and also their weight. And then we will calculate whether these are right for their age.)

A general height-and-weight procedure happens twice a year, every January and July. All children in every barangay are required to undergo the tests. According to the 44-year-old BNS, it usually takes her a week or more to finish examining all the children in their barangay.

If a child is found out to be suffering from undernutrition, he will be subjected to nutritional interventions provided by the local government unit while closely monitored by a BNS for improvements.

(We have a monthly report on those we deem malnourished and also babies aged 0-23 months. We will find out through reports whether their height-for-weight is already okay and is considered healthy.)

In Barangay San Miguel, the methods done by Hubilla’s group are considered successful since there are only 16 malnourished children in their area as of early 2014. (The nutrition rate in our area is okay. Not that high but of course there are things we still have to fix.)

NNC records show that in 2013, almost 94% of the total number of children aged 0-56 months have normal weight and height for their age in Majayjay. The municipality belongs to the upper half in Laguna. (INFOGRAPHIC: What is the nutritional status of Filipinos?)

Interventions done by a BNS include feeding programs and counseling. As a mother herself, Hubilla finds it easy to teach mothers of malnourished children how to nurture their children to become healthy. (We have mothers’ tools that have useful information for maintaining a healthy child. In addition, we often conduct feeding programs.)

The group gets its fund from the local government, sometimes they ask money from their barangay officials. Hubilla admitted that there are times they are short on cash. (READ: How can LGUs help prevent hunger?)

(Sometimes the budget is not enough, sometimes there’s none at all. There are times that we have to shell out money from our own pockets.)

In CALABARZON alone, only 10% of 4,011 barangays have a legitimate height board. Some BNS have to improvise to do their job.

Implemented in 1987 through Presidential Decree No. 1569, the BNS program is part of the Philippine Plan of Action for Nutrition (PPAN) and is handled by the National Nutrition Council (NNC). (READ: Who is on top of PH nutrition?)

A person who wants to be part of the roster should be a resident of the barangay for 4 years and is fluent in their local language. Each BNS aspirant needs to undergo a 30-day training where they are taught the many ways to save children from malnutrition. Aside from this, they are also required to attend seminars and fora related to nutrition and health.

Being a BNS is not an easy job, according to D. Corazon Barba, as the future of children is in their hands.

(Being a BNS is a big role. It’s important that they do it right.) – Rappler.com

Do you have other creative solutions on how we can help fight hunger? Send your stories and ideas to move.ph@rappler.com. Be part of the #HungerProject.