An open letter to England

Aug 24, 2014 5:22 PM PHT
Facebook Twitter Copy URL
Copied
'To my mind, you represented everything that's screwed up with this world – intolerance, aggression and the severe affective climate' 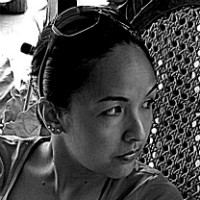 I clearly remember being in my early teens and staunchly professing that I would never consider living abroad because I loved the Motherland too much. A prophecy from a renowned manghuhula based in an obscure street in Katipunan plus a lifetime of what I actually did for love later, I find myself wondering if my younger self would ever get anything right. You, England, it appeared, were in the cards.

What was apparent from the beginning was that it was not love at first sight. It was raining when I arrived – your kind of wet and dreary that sits perfectly with Sherlock Holmes but entirely too sullen and dispiriting for real life. Where I used to take delight in the pink noise of the rain in Manila, your version inevitably evoked a sense of wretchedness and foreboding because, yes, winter is coming.

It certainly didn’t help matters when I had a rather unpleasant experience while I was waiting for my husband outside one of your ubiquitous corner shops as he topped up our travel cards. Lost in melancholia, I unwittingly directed my eyes towards a young, black girl who may have thought I was giving her a pointed stare as the shopkeeper threw her out of the premises, perhaps because the lass was caught attempting to shoplift. I’d never know for sure, but this was the simplistic narrative I kept repeating to myself weeks later to rationalise what happened next and just so I wouldn’t have to deal with the suspicion that I had voluntarily moved to a nation peopled by psychos. So, one minute I thought I was minding my own business, and the next I was absentmindedly soothing my sore collarbone as I watched the girl angrily running away with two other adolescents after having given me a massively solid side fist-bump on the chest.

After years of knowing my place in the universe borne of my relatively strong grasp of your lingua materna (which I supposed was as portrayed in Buffy and Ally McBeal), I was delivered right smack into the middle of Cockney hell where rubbers, pants and jumpers did not mean what I thought they meant (translated, in order: erasers, underwear and knit tops).

Your purported natives, who hardly know how to spell and whose grammar crimes are worthy of repeated caning by the Gestapo, regularly found my unaltered accent wanting. Nevertheless, my stubborn Pinoy pride refused to let me co-opt your much bastardised Queen’s English so I clung to my hard Rs and short As and refused to be broken. After all, I did not spend four grueling years at the State University just to begin referring to my male sibling as bruva or to my female child as do-ah.

Then I also encountered your run-of-the-mill xenophobes who unfailingly maxed out my daily limit for ignorance, hate and bigotry with their running commentary on how unchecked immigration has destroyed the English soil. Spouting accusations of infringement, these types randomly pontificate about foreigners taking over their beloved country and lament about being minorities in their birthplace. In my head, I start composing a snarky rejoinder regarding their Germanic roots and then close with, “Well, if your compadres from down in the continent and your descendants from across the pond never pillaged my country’s natural resources in the first place, we wouldn’t be having this imagined conversation now, would we?”

It goes without saying that, most days, I detested you, England. To my mind, you represented everything that’s screwed up with this world – intolerance, aggression and the severe affective climate. I could not wait to leave you.

The fact is, I stayed for nearly 10 years. Just like how the multitudes before me came to illustrate, the lure of your pound is stronger than the enticement of the peso. For the sake of the almighty sterling, I soldiered on and let your glottal stops pass unharmed.

Unsurprisingly, the moments I am able to recall with some measure of fondness were the ones which grounded me to my Filipino-ness and the sense of community that take us all back to who we were before the Diaspora became a way of life.

“It takes a village to raise a child” was never more evident than when neighbours each took turns taking our kids on the school run and many other instances when we helped each other out because the duties of the home conflicted with the requirements at work. We’d all take part in preparing kaldereta, dinuguan and bistek for another’s birthday party, then end up being the guests ourselves. We’d sit and wait patiently for the New Year’s Eve countdown on the BBC, then quickly surf back to regular TFC programming as soon as the fireworks show was over.

Nevertheless, although I eventually came to identify with a very small subset within which I felt that I belonged, I was not a fan of the petty quarrels that predictably arose stemming from close associations, rural mentalities and, most importantly, your oppressive polar winds. After being victimised by your arctic blasts, some of my susceptible kabayans‘ brains would turn to lard, causing them to start validating their existense by comparing it with another Juan’s life. What ensues is not very pretty, and I blame you for that.

In many ways, I am unassailable proof that what doesn’t kill you makes you stronger. For this, England, I owe you. Amidst your stark Anglo winters which tried to crush my soul, I discovered my voice – fierce and true. But, in the end, I did not know the words to say goodbye.

Cheryl is a married mother of three who recently moved from London to Melbourne. She wants to be a writer when she grows up.