Oct 2, 2014 4:09 PM PHT
Jodesz Gavilan
Facebook Twitter Copy URL
Copied
With the looming effects of climate change, it is important that the hardest-hit sector is secure 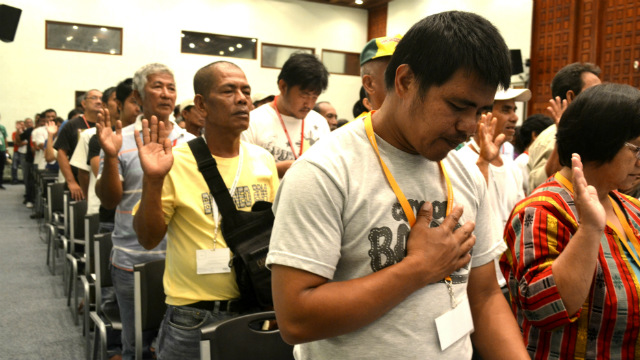 MANILA, Philippines – Pests used to be the number one enemies of farmers.

The problem now has a different face: climate change.

The Philippines is now on its way to adapting measures that will ensure zero or minimal effects of climate change.

Unfortunately, the agricultural sector isn’t prioritized despite it being the hardest hit by disasters.

Serrano even lamented that it is sad that most casualties come from the poorest sector.

“Hindi katanggap-tanggap na may mawawala tayong mangingisda dahil sa lakas ng alon o magsasaka dahil sa mga landslide,” he said.  (It is unacceptable that fisherfolks will go missing because of the strong waves or farmers die because of landslides.)

To answer this problem, Farmers’ Day 2014 held on October 1 and organized by the International Rice Research Institute (IRRI), focused on the many ways modern technology and information can help farmers adapt to the drastic changes in climate.

Almost 400 farmers from all over the Philippines came together this year to discuss how they can make their livelihood less vulnerable to disasters and how they can still function despite the unpredictable weather. 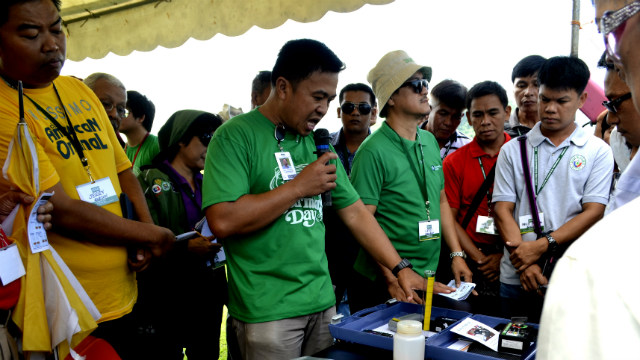 According to IRRI, it is important that farmers are empowered with knowledge as they are the best resources this country has. By ensuring they are aware and have access to the means, rice self-sufficiency may be achieved.

Held every two years in the Los Baños campus of the institute, the gathering of workers from the agricultural sector aims to introduce them to various concepts that can maximize the potentials and even the yield of their lands.

Participants were treated to a tour of the world-renowned research facility where resident scientists introduced methods they can adopt. They were also lectured on the numerous rice varieties IRRI has been working on for years.

Among these is a rice variety that can survive being submerged underwater for two weeks – perfect for areas that are easily flooded.

This IRRI-developed variety was an answer to the severity of poverty in rain-fed and flood-prone areas.

Almost 20 million hectares of rice land is prone to flooding in Asia, often leading to millions-worth of losses. 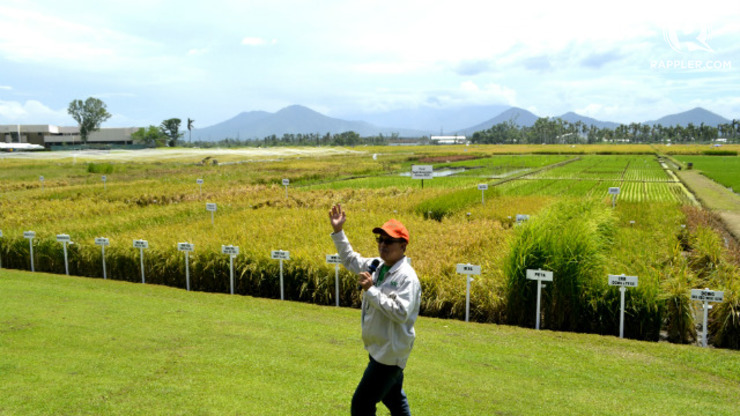 Modern technology for the modern farmer

The DA acknowledges that climate change has become a big problem already.

(Climate change is a big challenge for the department. One problem also is the uneven understanding of climate change by government.)

For their part, the department is trying its best in coming up with efforts to help the farmers cope with these challenges.

According to a study done by the Food and Agriculture Organization (FAO), modernizing and improving the agricultural sector contributes to poverty alleviation and helps the economy.

If done properly, the lives of farmers can also drastically improve compared to its current state. The Philippine Statistics Authority (PSA) reported that poverty incidence among farmers remained at 38% since 2008.

It is important to ensure that the agricultural sector has access to the necessary tools and information that can change the current situation of farming.

The effects – whether positive or negative – of society’s interaction with the sector extend to the common man as farmers are the biggest contributor to food security in the country. – Rappler.com