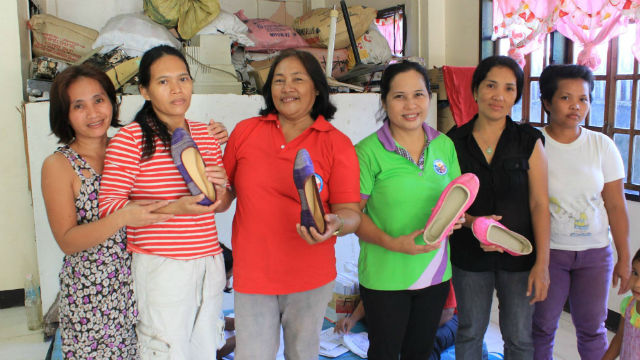 It’s not easy, after all, to rise from a devastation that killed at least 1,080 people and caused P2.068 billion ($48.4 million)* worth of damage infrastructure. There is a need to prop up local economy and help relocated communities establish their own livelihood. (READ: A year after Sendong: Lessons from the past)

Seeing this urgency in the aftermath of Sendong, students and staff from Xavier University (XU) started social enterprises for the relocated communities in the city. Among these initiatives are SKETCH bags, Knots and Woods, and the Xavier EcoVillage.

People behind these 3 initiatives are part of the British Council’s I Am A ChangeMaker ideation camp in Bohol, where young entrepreneurs have been selected to exchange ideas and best practices in business.

In an interview with Rappler, the groups explained how they started their social enterprises and how they are helping Sendong-affected communities earn. 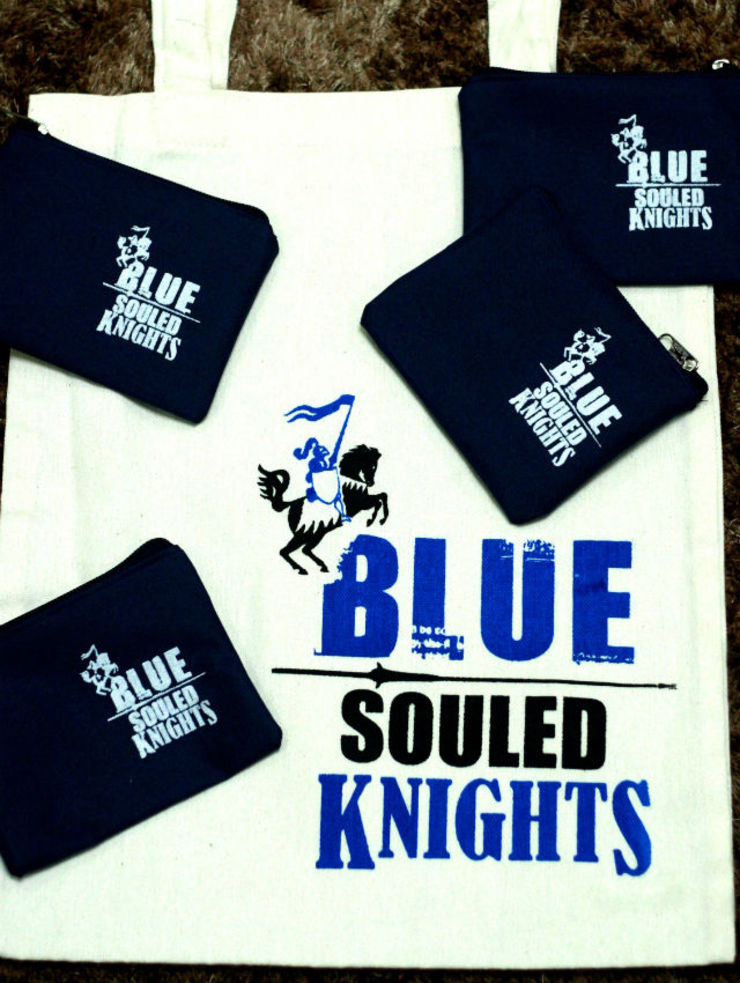 “Our other group mates were also hit by Sendong, so these communities are really close to our heart. We really want to help them. We want to show Cagayanons that they can help people regardless of their social status, in their own little way,” explained Zuein Guantero, a senior business administration student in XU.

Guantero is the general manager of SKETCH bags, a social enterprise that taps a group of 30 mothers from relocated communities to make recyclable bags.

According to Guantero, the challenge for the relocated residents was the distance of their new homes to the city center. SKETCH bags partnered with Xavier EcoVille, a relocation site donated and managed by XU, which was located 16 kilometers away from CDO’s center.

“We want them to stay in the safer zones and not go back to the danger zones, the downtown areas where they lived before. That’s why we came up with the idea of partnering with them, we’ll get clients for them so they can sustain their livelihood in their own area,” Guantero said.

SKETCH bags started as a feasibility study requirement for their school. The students thought of customized event bags since there were many events held in CDO – from fun runs and corporate giveaways, to Christmas parties and festivals.

The group admitted that there is still much to do for the community. They are currently looking for partners who can help them further develop the community’s skills and provide them with better equipment.

Another XU group started livelihood for Puerto, a community which was affected by Sendong but was not relocated.

According to Charity Almeda of Knots and Woods, the community was given livelihood opportunities by the local government, but these weren’t enough to cover the residents’ needs.

Knots and Woods uses abaca, a raw material untapped in the province, to make designer shoes.

“In CDO, abaca is not given much attention so we decided to make use of it. CDO also doesn’t have abaca-based products. So we were also able to help our government by creating the product itself,” Almeda said. 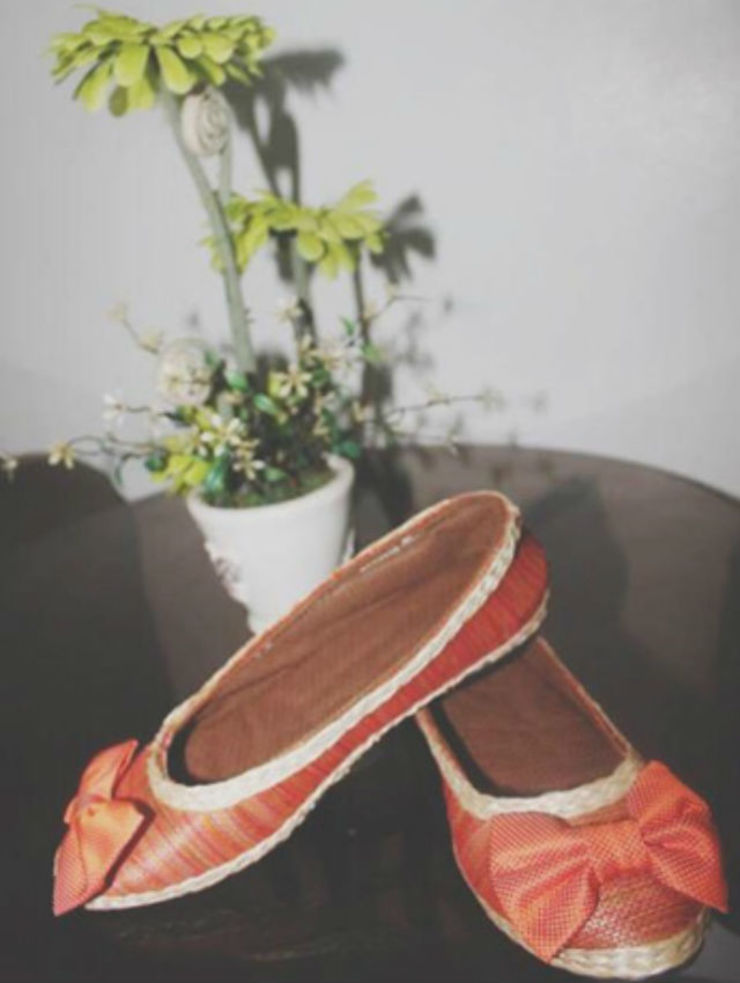 The single mothers affected by Sendong, the group’s main constituents, earn twice from the business. While they earn from the salary their receive from making the shoes, they also get a share of the sales of the products.

Knots and Woods has gained the attention of local companies like Ayala and other companies abroad to manufacture bags for selling and export. The group has also partnered with the local government to promote tourism in the city.

Looking forward, Almeda’s group also plan to give more support to the children of single mothers.

“When we generate more income, we’re planning to build a school for those mothers’ children. Our goal is not just to help them sustain their daily needs but also to secure their children’s future,” Almeda concluded.

Xavier EcoVille in CDO is one of 14 relocation sites created after Sendong. It is the first relocation site to be managed by a university, according to XU.

But while houses answer the immediate needs of the displaced, food security remains a challenge.

“The problem with relocation is that, once relief operations and donations are gone, you need to be able to make them stay there. If there’s no food there, they go back [to their old communities]. What people need are food and land for them to be able to grow food,” Philip Flores of Xavier EcoVille said.

Looking for land to plant crops in was a problem since all the fertile lands had been used as relocation areas. This is why the group decided to make use of the residents’ rooftops. 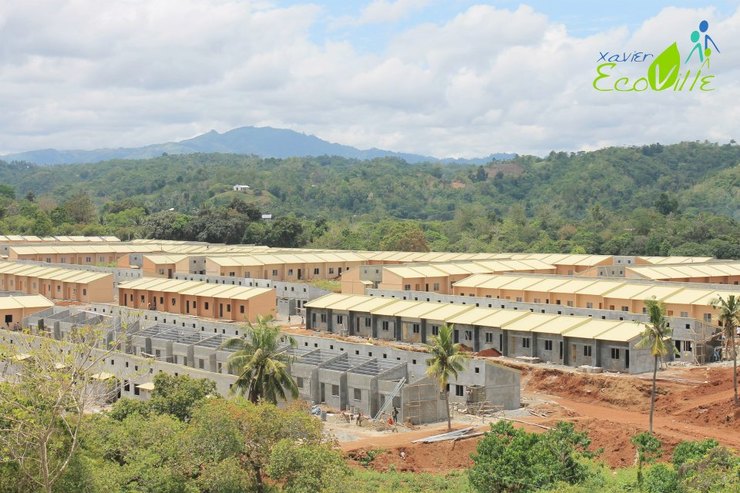 “We don’t have land but we have food, sunlight, and seeds. We saw that roofs had space that were not being used. The idea is to create a technology for urban gardening and maximize the spaces on the roofs,” Flores said.

This idea is set to be pitched to various organizations, like the International Organization for Migration (IOM) and Habitat for Humanity, that are handling Yolanda rehabilitation programs.

“We’ll tell them, these are the problems in Sendong so when you design relocation communities for Yolanda, these are the things you might want to consider. As social entrepreneurs, we see ourselves sustaining the project by becoming consultants and suppliers of those green roof panels,” Flores said.

“A lot of these people are doing it because it’s nice to hear. Our problem with people starting social enterprises is that they don’t have continuity. They start this when they are students but they lose the idealism when they graduate,” she earlier told the participants.

All 3 groups said, however, that as long as the communities in CDO are in need, they will continue their businesses.

“We saw the need for a lot of things in the resettlement area and we were inspired to help the displaced people get the life that they really deserve – the right to home, right to have sources of food. For us, we’re doing business because we want to promote a just and right life for them,” Ryan Madrid of Xavier EcoVille said.

The groups will pitch their business models on Friday, October 24. If they win, they will be given seed funds of P100,000 ($2,300) each by the British Council in partnership with the Peace and Equity Foundation. – Rappler.com

Want to help these social enterprises? Contact them here:

See other stories from the British Council’s I Am A ChangeMaker ideation camp here: