How mangroves give livelihood to a Bohol town 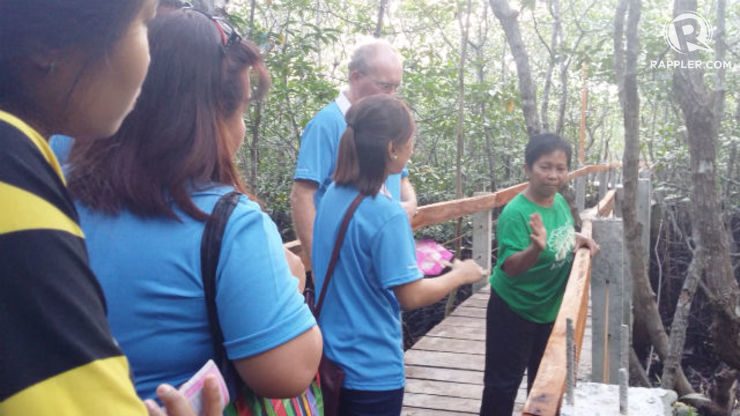 TAGBILARAN CITY, Philippines – In the thriving coastal community of San Vicente in Maribojoc, Bohol, mangroves play a big role in the local economy.

Since it was established in 1996, the San Vicente Mangrove Association (SaViMA), a local eco-tourism cooperative, has been the main source of income for hundreds of residents living in one of the coastal communities.

According to Septima Puyo, SaViMA president, the community took steps to protect the forest when they noticed that fish and shrimp supply were being depleted due to indiscriminate cutting of the mangroves. This was how SaViMA, a 25-year community-based forest management agreement with the Department of Environment and Natural Resources (DENR), was formed.

“We realized that the mangroves can be our source of livelihood in many ways. We had to stop cutting them. We protected the trees and in return, it has given us a lot of blessings,” she added. 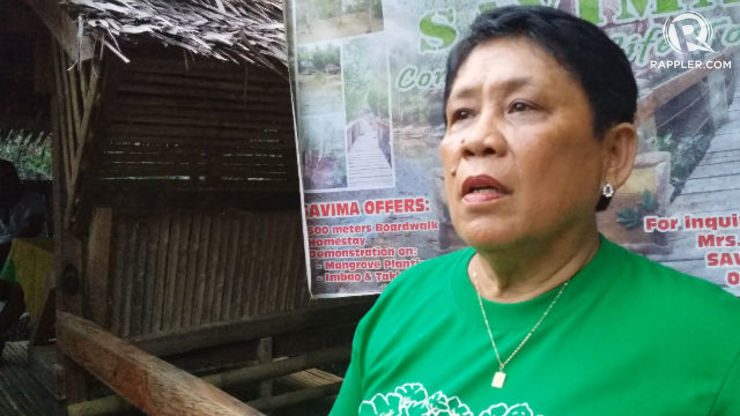 The community has been reaping benefits from the mangroves ever since.

The 56-hectare mangrove forest transformed into an eco-tourism spot that gives income to the residents through the tourists that visit the area. The supply of shrimps, fishes, and other shellfish also increased, giving the residents food to consume, and even sell in the local market.

With 25 different species of mangroves, the forest is one of only two major tourist destinations in the town, the other one being the Maribojoc church.

The residents serve as tour guides in the mangrove forest. Tourists can also partake in mangrove planting, home stay programs, shell gathering, and shrimp planting for a fee aside from simply hitting the beach. Juanita Kristal, a local tour guide who’s part of SaViMA from the start, said the mangroves provide for her and her family.

“SaViMa helps us a cope with our daily needs. When we have tourists coming in, we share our earnings. The income is relatively small but it’s still a big help for us,” she added.

She added: “We always get into bitter arguments with people cutting the mangroves and fishermen destroying our reefs. We tell them that they cannot do this to the area because it’s been such a big help to the community.”

Tourists usually come to Maribojoc for visits and home stays during summer and long holidays. But according to Kristal, this has been on a steady decline since the October 2013 earthquake.

Maribojoc was badly damaged when the 7.2-magnitude Bohol earthquake struck the province in October 2013. The 4th class municipality suffered 16 fatalities and some 3,700 damaged homes. Both SaViMA and the Maribojoc church was badly hit.

“Our homes were destroyed. Our agricultural crops and some mangroves were also ruined because of the earthquake. We had to plant new mangroves in some areas,” Kristal said. The 500-meter boardwalk which cuts through the mangrove forest and connects the community to an islet called Tintinan also collapsed because of the earthquake.

“We really tried our best to reconstruct our boardwalk so our lives can go back to normal. Our livelihood and our organization depended on it,” Puyo added.

From the construction materials they received from the Department of Social Welfare and Development (DSWD) and the National Housing Authority (NHA), the residents helped build each others’ homes and the mangrove area.

“We wanted to attract tourists again. We want them to be comfortable in our homes and visit the mangroves again,” Puyo said. (READ: A town saved by mangroves)

Back on its feet

SaViMA reopened for tourists in March 2014, after a few months of closure due to the Bohol earthquake damage.

Kristal and the other members of the community are hoping to get more tourists to come to the mangrove forest to also help the local economy.

“We’ve done all we can to rebuild our mangrove area. The mangroves are very close to our heart and we love this job. I hope people can see the community’s effort,” Kristal added.

Aside from government offices, various non-governmental organizations had also helped the community in its post-earthquake rehabilitation efforts. – Rappler.com

SaViMA was one of the communities visited by young entrepreneurs in the British Council’s I Am A ChangeMaker ideation camp, which shows participants best practices in social enterprises. See the following stories: