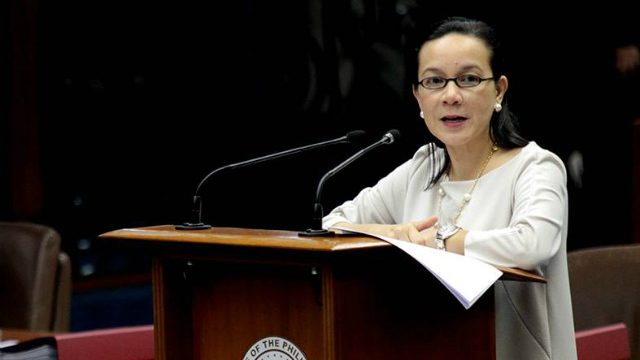 In a speech delivered in the Senate on Monday, October 27, Senator Grace Poe said that hunger is like a war which punishes children the most. They bear “scars of hunger and poverty”. (READ: Senate Agenda: Children hunger and malnurition)

According to the World Food Programme (WFP), malnutrition’s effects on a child’s brain are irreversible. This is especially so during the first 1,000 days since the conception of a child.

“Shouldn’t we ensure that our children are given all the opportunities to reach their full potential and be high achievers?” Poe lamented. “Would that not be an advantage to us all? The very basic need we need to provide them is food.”

Despite decreasing the number of underweight children by half as the top Millennium Development Goal (MDG), the Philippines still lags behind the goal and is showing little progress in ending hunger among children. (READ: Last PH Nutrition Survey reveals little progress in beating hunger)

To answer the prevailing problem, the author of the Sustansya Para sa Batang Pilipino Act calls for a comprehensive “re-engineering” of the government’s action against hunger and malnutrition in the Philippines.

According to Poe, the national budget for 2015 should allocate space for programs that “will fill empty stomachs of the young” and not be “littered with frivolous programs we can do without.” 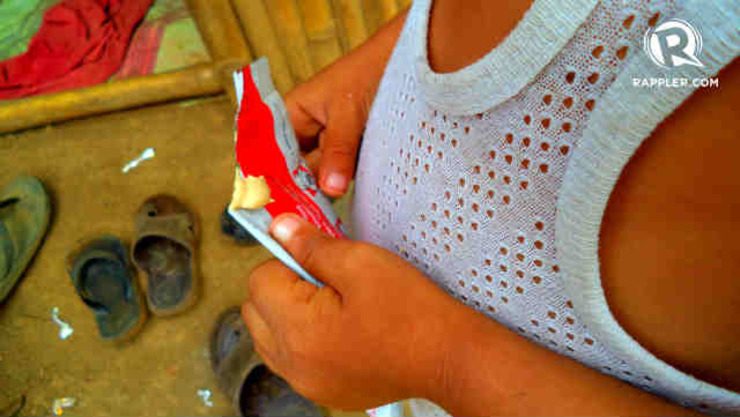 “It is child-nutrient deficient,” she said. “It needs to be fortified with more funds to combat malnutrition directly.”

Other programs of agencies should be “put on a diet” to prioritize more the welfare of those in need.

Poe cited the National Bilibid Prison’s daily allocation for its prisoners of P50 ($1.12)* and the Department of Education’s school feeding program budget for each child of P16 ($.36)*.

“Surely we can raise the meal budget for our kids to national penitentiary standards,” she said.

Ending hunger does not end with providing meals to those in need. The country’s food-producing capabilities should be maximized to ensure that self-reliance and food security can be maintained.

“Turning the bureaucracy into one big commissary will not end hunger,” the senator emphasized. What’s needed is “ramping up the nation’s food production.”

The government’s “gimmicks” portraying a land of bountiful food, she said, should end and focus should be given to the agricultural sector.

The ironic image of the country’s top food producers being the poorest should likewise change, according to Poe, and it can be done by not just appropriating the right amount of budget but also ensuring that funds are effectively utilized.

“We should ensure that most of the funds will go to farmers, in time, in full, for the right project, at the right place, and the right price,” the author of various agriculture-related Senate Bills emphasized.

To achieve this, a provision in the national budget that will pave the way for a system of checking the status of projects will be pushed by Poe.

The issues that plague the government now – corruption, peace in Mindanao, among others – should not be a reason to neglect the country’s most vital resources: Filipino children.

They, according to Poe, should be given the chance to have a better future not just for themselves but for the Philippines, too.