MANILA, Philippines – Barely 24 hours after its release, the country’s new tourism campaign, “It’s more fun in the Philippines,” has sparked plenty of conversation online. The slogan became a meme as it spread through Twitter and Facebook, with users coming up with all sort of reasons why it really is more fun to do things in the Philippines.

On Friday, January 6, we also asked users to take the campaign logo for a spin and create their own posters. That, too, became a meme of its own. Besides those submitted to Rappler.com we also found several interesting images posted on various social networking blogs like Facebook.

Here are some of the best submissions sent to Move.PH, Rappler’s citizen journalism arm. Not all of them were fun and positive, however. 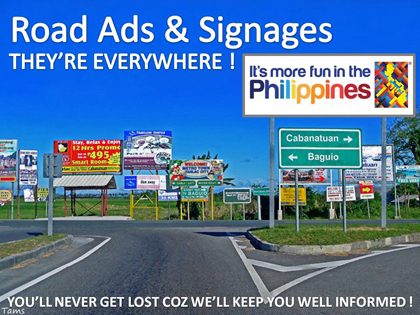 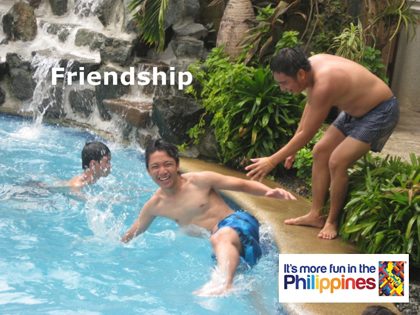 An Internet meme (pronounced mēēm) is an idea or concept that spreads via the Internet. It can be a word or phrase, a video, or a hashtag. What’s interesting about memes is how much creativity goes into each iteration as it is passed around — each person putting his or her own spin to it. The original concept evolves and grows each time it is passed around, usually taking a life of its own.

One of the best examples of an Internet meme is when Filipinos poked fun at a Department of Public Works and Highways (DPWH) photo release showing officials inspecting a sea wall that was destroyed after Typhoon Pedring hit the Philippines in September 2011. The DPWH later admitted that the officials were photoshopped onto the original photo.

This prompted Photoshop users to transport the DPWH officials to the unlikeliest and the silliest of places and scenes, movie posters, and yes, famous paintings. A Facebook page named DPWHere, originally inspired by them, was even created to showcase Filipino humor and creativity online.

In the marketing world, memes are used because of their viral nature and because they cost less. This is one of the reasons why the Department of Tourism decided to tap into the social media people power of the Filipino — so that it could allocate more of its budget elsewhere. – Rappler.com