On 2nd chances: Children in conflict with the law 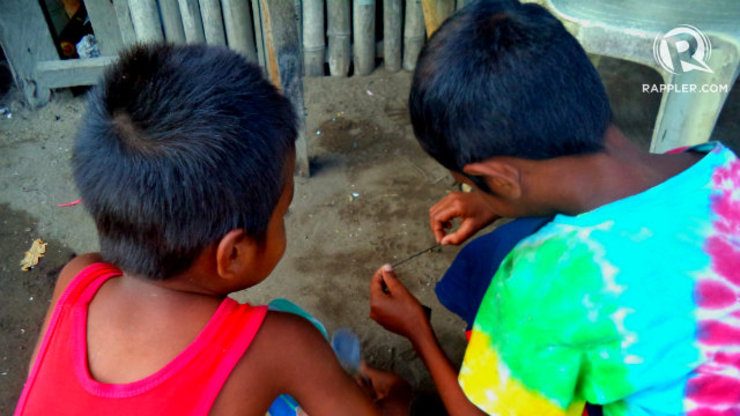 MANILA, Philippines — Give them a second chance.

“These children lost their way because their community or family did not guide them,” said Social Welfare Secretary Corazon Juliano-Soliman. “We ask your support in recognizing the rights of these children to be children.”

The Department of Social Welfare and Development (DSWD) launched a campaign supporting children in conflict with the law (CICL) on Saturday, December 20, by producing 3 short videos promoting CICL rights.

The videos will be shown as cinema plugs during the Metro Manila Film Festival, as well as in movie theatres across Cagayan de Oro, Cebu City, and Davao City. The film festival opens on Christmas Day, December 25.

The Philippines is home to over 11,000 CICL as of 2009, the Juvenile Justice and Welfare Council (JJWC) reported. These are children “accused or adjudged of committing an offense under Philippine laws.”

DSWD stressed that these children deserve a second chance to become productive members of society. Instead of punishment, the focus should be on their rehabilitation.

“More than looking at the CICL with anger and rebuke, let us look at them with understanding, as most often, they are victims of circumstances,” Soliman added.

It must be tough growing up in the streets.

DSWD observed that most CICL come from poor families, and have stopped schooling. Most are males between 14 to 17 years old, but some cases involve much younger children.

Some have families, but for other children, family means nothing. Some were raised not by parents, but by syndicates pushing them to a life of crime.

Theft is the most common offense, the Philippine National Police reported, with the National Capital Region having the most cases, followed by Central and Western Visayas.

Another problem reported is “gangsterism,” which can give children access to alcohol and drugs. When they sniff rugby, they no longer feel hungry, offering a temporary escape to a problem they face daily.

“We should look deeper why these children turned out like this. Who teaches them? Isn’t it adults? They’re the ones that need to be jailed, not children,” said Soliman.

It must be tougher growing up behind bars.

The Philippines never gave much thought to CICL until 2006 when the “Juvenile Justice and Welfare Act” or Republic Act 9344 was passed.

Prior to this law, children were locked up in jails together with adults even for petty offenses. They were vulnerable to abuse during arrest and detention. An average of 10,515 children were arrested every year, DSWD reported.

That’s one child per hour.

The plight of child prisoners was exposed in the 2005 documentary “Bunso,” featuring the lives of boys detained in a Cebu jail. Kids dealt with less-than-humane living conditions; racing for meager meals distributed in buckets; sleeping on cold concrete next to rows and rows of bodies; and either obeying or fighting older, bigger inmates.

By the end of the film, one boy died from heart failure brought about by drug abuse.

“This was because the criminal justice system was adult-oriented,” according to DSWD, noting the absence of child-sensitive interventions at the time.

RA 9344 was a landmark legislation establishing a new system wherein “children can be held accountable” without incarceration. The law focused on prevention and reintegration programs to lessen children’s risk of “re-offending.”

It established JJWC and raised the age of criminal responsibility from 9 to 15 years old. This means that those aged 15 and below are “exempt from criminal liability,” but subjected to intervention programs. This also applies to those older than 15 but under 18, unless they “acted with discernment.” Four houses are funded by LGUs, 12 by Senator Francis Pangilinan, 4 by Senator Pia Cayetano, and one funded by JJWC. Overall, Bahay Pag-asa centers have handled 589 cases as of November 2014.

Some cases, however, remain unreported – which also means that some CICL do not get the help they need.

Parents of CICL are also counseled.

The new law also imposes maximum penalty against adults who exploit children to commit crime. It transferred the JJWC from the Department of Justice to DSWD.

Soliman denied claims that former CICL are thrown back to the streets; if neccessary, they are transferred to a Regional Rehabilitation Center for Youth (RRCY) managed by DSWD.

However, those younger than 6 are returned to their families. In the absence of capable families, the child is placed in other care institutions run by DSWD, LGUs, or non-governmental organizations.

In October, media reports on the alleged bad conditions experienced by street children inside an LGU-run center revealed bigger cracks within the country’s child welfare system.

Almost two months since news on “Frederico” broke out, two Senate resolutions have been filed.

“We did an investigation, we’re finishing it. We’ll also coordinate with the city of Manila for them to undertake corrective measures,” Soliman said. “If they can’t handle it, we’ll reduce children in their centers. They’ll be absorbed by DSWD facilities and NGOs.” The inquiry on centers for street children also paved the way for more questions; this time, on the condition of CICL centers.

Since 2006, children are no longer detained in jails. However, advocates argue that some Bahay-Pagasa centers are not far from jails.

“Most of these LGU-run centers are substandard, young children are abused by older, bigger children, sometimes even with the knowledge and worse, consent of the staff,” Francis Bermido Jr, executive director of Preda Foundation, told Rappler.

Preda is a human rights organization and a JJWC member. “As a member of the council, we’re trying to influence local governments to improve the conditions in their centers,” Bermido said. Cullen calls for stricter monitoring of how such centers use their budget, asking for the Commission on Audit’s help. He also observed that some centers lack development programs and have detention-like environments, “They’re like fish in a glass bowl.”

Lawyer Tricia Oco, JJWC executive director, admitted that there are still several LGUs which “have not reached the highest accreditation standards of DSWD.”

“We are helping these LGUs on this,” Oco added. Aside from monitoring centers, the JJWC will also train police officers on handling cases involving CICL.

DSWD invited Preda and other advocates to help the government improve CICL programs.

DSWD asks the public to report a child in conflict with the law (CICL) to local social welfare and development offices, or call the DSWD CICL hotline at 951-7433 or the JJWC hotline at 921-9065.