MANILA, Philippines – It was the first papal visit in the age of social media – and in the world’s social media capital.

At Rappler, almost a hundred citizen journalists from various schools and religious youth organizations, called Movers, were deployed across Metro Manila and Leyte as part of the “people’s coverage” of the papal visit from January 15-19, 2015. (READ: Mood in Manila a day before Pope’s arrival)

Organizations such as the Youth for Christ, UP Journalism Club, UP Tinig ng Plaridel, PUP Mulat DocuGuild, The Guidon, and UP Campus Ministry and other universities in Tacloban also helped capture the papal events through stories, photos and video.

At the frontline or in the peripheries of papal motorcades, Masses, and meetings, citizen journalists did not only follow the Pope. With their smart phones and cameras, they also zoomed into the stories of the people the pontiff came to meet – the poor, street children, the elderly, and the sick. 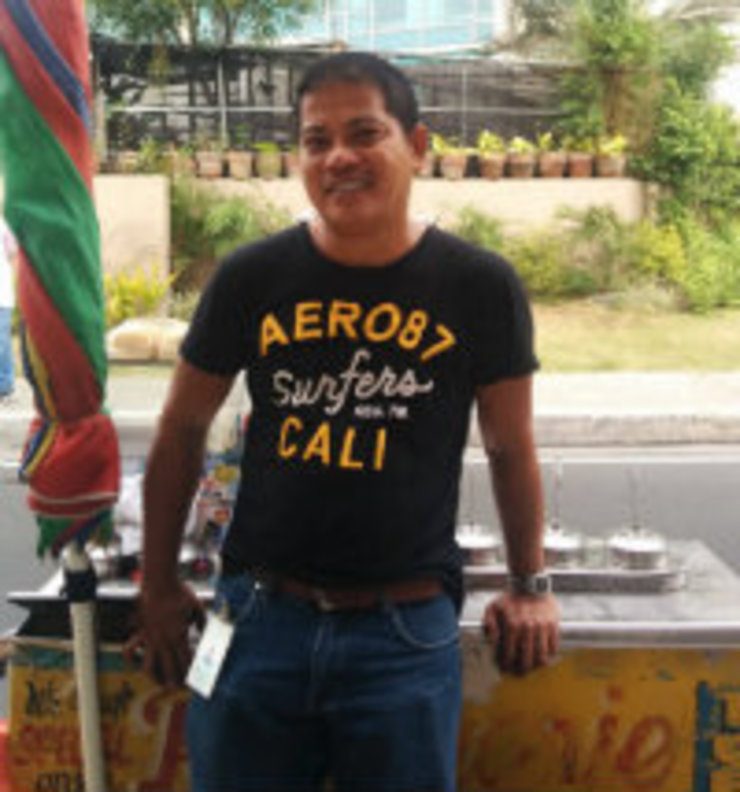 Citizen journalists enriched the color and sound of the papal coverage.

While waiting for the pontiff’s arrival on January 15, Movers Debbie Manalili and Toby Roca described how the “Pope magic” was bringing festive mood to Manila.

“Loud music blares from speakers mounted on vans as a crowd clad mostly in white and yellow – the Vatican colors – steadily grows,” they reported on the first day of the visit.

When the papal plane landed, netizens immediately shared videos of church bells from Tacloban and Manila ringing to welcome the Pope.

Ash Gonzales, another Mover, navigated the crowd that lined up along Roxas Boulevard, hoping to see the papal convoy on its way to the Vatican embassy, where he stayed while in the country.

You could feel the energy of the crowd even if the popemobile moved swiftly, she said.

But even in a sea of people, the faceless did not escape the attention of Movers.

In Intramuros, Mover Jude Valdez saw a beggar who retreated to the the rear of an excited crowd. The man told Valdez: “Ayaw nila ako dyan. Ako na lang rerespeto sa kanila kasi baka kapag makipagsiksikan pa ako, baka mandiri lang at itulak ako palayo.” (They don’t want me there. I’ll just give way to others because they might just push me away.) The next day, January 16, the crowds grew bigger. Young, old, and everyone in between trooped to the papal motorcade route – from Malacañang through Manila Cathedral to the Mall of Asia. Citizen journalists found ways to file reports and submit photos despite mobile service disruptions across Metro Manila.

Using FireChat, landlines, and computers in nearby shops, they shared photos and stories of pilgrims from the provinces who flocked to Manila.

Movers would also report to locations of papal events hours before the Pope’s appearance, walking and waiting in the rain or under the heat of the sun.

In Tacloban, Movers had to walk 4 kilometers to reach the airport where Pope Francis celebrated a Mass on January 17.

Together with pilgrims, they braved the cold and endured the rain to witness the most moving moment of the papal visit.

Derek Alviola, who headed the Tacloban team of citizen journalists, reported: “A storm almost dampened the spirit of the massive crowd at the Tacloban airport where Pope Francis was expected to celebrate a Mass for disaster survivors. It was a rainy and windy Saturday morning at ground zero of Super Typhoon Yolanda (Haiyan). But the Pope did not fail them.” (READ: Yolanda survivors: Purpose of Pope Francis’ visit accomplished) Back in Manila, it continued to rain on the 4th day, but this did not stop Movers from going to the University of Sto Tomas (UST), where the Pope met with the Filipino youth.

Pat Nabong, Nick Tan, and other Movers arrived in UST at 2 am in their raincoats. Armed with their gadgets kept dry in ziploc bags, they lined up and camped out in the rain until the morning event. In the afternoon, others squeezed through the Luneta crowd of 6 to 7 million Filipinos, singing and cheering in “one of the world’s biggest outpourings of papal devotion.”

//
Post by Move.PH.
On behalf of Rappler, MovePH would like to thank the citizen journalists and netizens who shared their time, talent, and passion to #showthePope and the world the Filipinos’ faith, problems and aspirations. – Rappler.com