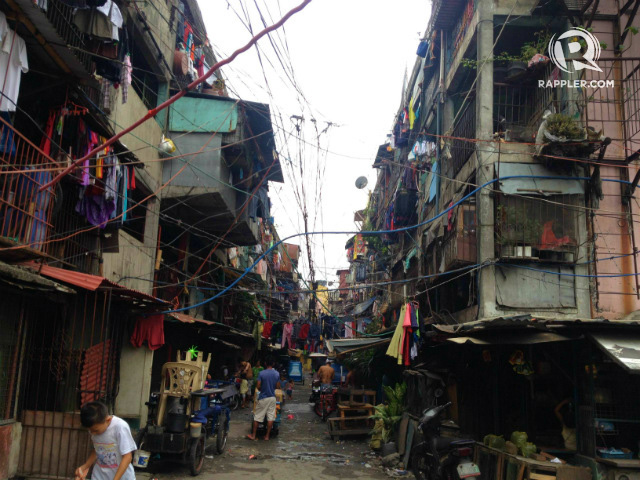 MANILA, Philippines – Katuparan is a Filipino word often attached to positive things – the realization of long awaited dreams or the achievement of goals through hard work– but in an area in Tondo, it reflects the plight of the country’s urban poor.

The Katuparan Housing Project is composed of 27 four-story buildings built in 1990. It was originally designed to accommodate 1,500 families from low-income backgrounds. Two decades later, the population has since ballooned to more than 2,100 families.

In 2010, the Office of the Building Official of Manila declared at least 12 of the buildings to be “unfit for further use” due to their deteriorated state. They were also discovered to be very vulnerable to damage caused by natural disasters such as earthquakes.

More than 4 years later, approximately 12,000 individuals still call Katuparan home. They have no other choice, after all, as poverty had hindered them from moving to a safer place.

Making both ends meet is a daily challenge for the residents and has become a family affair. While the men work in factories or at the nearby garbage landfill, women strive to find whatever means they can to earn money.

This leads to children often left unattended along the roads and small alleys in the community. Young boys and girls – oblivious to their squalid environment – find solace in playing with discarded objects.

The situations of children are almost the same in Katuparan and nearby resettlement areas. Their young lives are tainted by hunger, improper hygiene, and unattended sickness.

Most of these children are malnourished and have no access to proper and nutritious food. Canned sardines and instant noodles are luxury items, especially when money is difficult to come by. 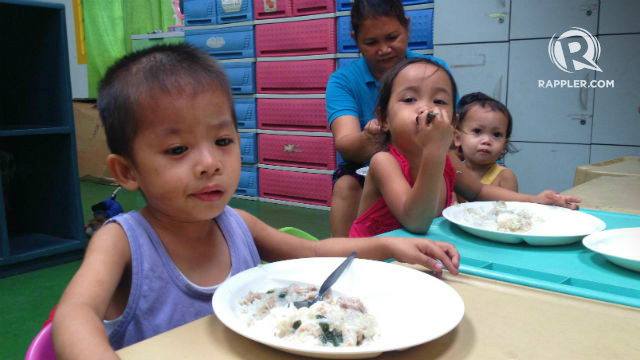 Adeilada Vera, 51, a volunteer for non-governmental organization Young Focus Philippines (YFP), said the situation was much worse in the past.

Vera has been working with YFP for 6 years as a coordinator for Child Care, a nutritional and medical care center for toddlers aged 6 months to 3 years old. The program aims to combat malnutrition through feeding programs and other interventions.

Every day, malnourished babies and toddlers are looked after by Vera and her team of volunteer mothers. The center also serves as a safe place in an otherwise stressful environment. Toddlers are cleaned, cared for, and fed nutritious meals. 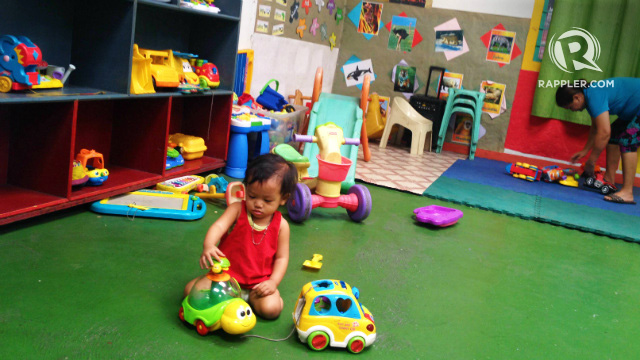 The program lasts for one year – the prescribed duration to gain the right weight for their age. Since 2008, the program has produced healthy children who have “graduated” from the program.

Taking care of malnourished toddlers at an early age is important as its effects can still be treated. Unfortunately, if it remains unchecked after the first 1,000 days of a child, it cannot be reversed anymore. (READ: Why we should end hunger)

When the clock strikes 2 pm, it is time for the toddlers to go home to their families. Some are fetched, while some – whose parents are busy working for the family’s necessities – are accompanied home by volunteers.

According to Vera, they are thankful that there are parents – mostly mothers – who are receptive to the information they give to maintain their child’s health progress. (READ: A mother’s duty: Improving children’s nutrition)

“Nakakatuwa naman kasi cooperative sila,” she said. “Kapag ganoon na cooperative, hindi tayo mahihirapan at mangangamba na babalik sa dati ang bata.” (We’re happy since they’re really cooperative. If they’re like that always, we will not have a hard time and worry that they’ll go back to being malnourished.) 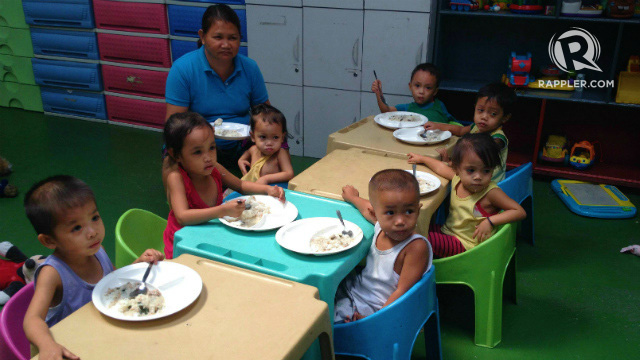 To sustain this, YFP started a Combat Malnutrition class for mothers where they are taught ways to improve the nutritional content of their diet.

This orients mothers on how to take care, not just of their whole family, but also of themselves since the effects can be passed on from generation to generation. (READ: Ending the malnutrition cycle)

Life is hard for the people of Katuparan but by giving priority to what matters most, the fulfilment of dreams may not be far-fetched. – Rappler.com