MANILA, Philippines – As the country observes Women’s Day on Sunday, March 8, how do Filipinos recognize women in power and power in women?

This year, the Philippines highlights the full participation of women in policy-making and their role in society and development. The Philippine Commission on Women hopes to spread this message through the theme, “Juana, desisyon mo ay mahalaga sa kinabukasan ng bawa’t isa. Ikaw na!” (Juana, your decision is important for everyone. You are the one!)

The Philippines has seen much progress in promoting gender equality over the years, but official statistics reveal otherwise.

Traditional gender roles still triumph over certain aspects of life, as reflected in participation gaps in labor and governance.

As of 2014, the Philippines has failed 4 out of the 7 indicators for “promoting gender equality and empowering women,” one of the Millennium Development Goals set to be achieved by the end of the year.

Women have been the country’s 5th poorest basic sector in the past 6 years, with a virtually unchanging poverty incidence. As of 2012, Women in ARMM had the highest level at 55%, and NCR the lowest at 4.1%. (READ: Why many of the hungry are women)

“In the Philippines, women’s labor market participation is lower than men’s due to inadequate employment and decent work opportunities, domestic labor and care constraints, and social norms,” the International Labor Organization (ILO) assessed in 2013.

The ILO also found that women in the Philippines have lower labor participation compared to women in Cambodia and Kazakhstan.

Since “gendered social norms” box women in domestic roles, they tend to spend more time on “unpaid work” like household and care tasks, hence constraining their participation in paid work.

In 2011, 31% of working-age Filipino women were not in the labor force due to family duties, ILO found. Only 3% of men experienced the same.

The country’s gender daily wage gap is only 3%, at women’s advantage. However, this does not consider the “substantial gender differences” in certain careers, which could widen the gap to 30%.

As the country’s population swells, the demand for women’s unpaid labor may also rise.

Women, where art thou? 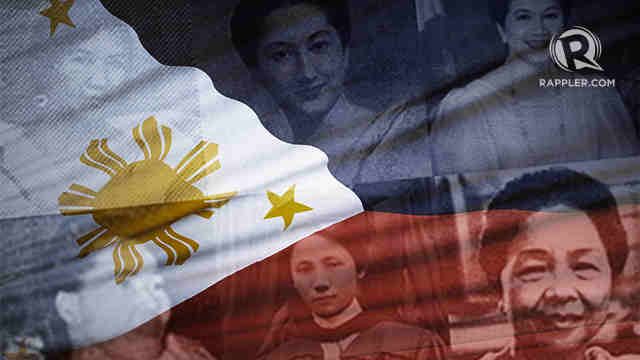 Although more and more women are penetrating fields traditionally dominated by men, they are still underrepresented in areas like law, information technology, engineering, agriculture, and architecture, according to ILO.

“Sex segregation by level and type of training limits women’s opportunities for employment in more technical fields,” it added.

One of the many Filipinos breaking such gender stereotypes is Camarines Sur Representative Leni Robredo. On Friday, March 6, Robredo recalled how she finished law school while also being a mother to small children.

“I promised myself that my family will come first. I work while my kids are at school, but when they’re home, I should be at home too,” she shared during the 7th GoNegosyo Women Entrepreneurs Summit.

She brings her kids to school, accompanies them to swim training, and tutors them. “It’s easier to balance in the province. You don’t have traffic, everything is very near,” she added. “At hati kami ng husband ko sa lahat.” (And my husband and I split all tasks.)

Some women are unable to study, have limited resources and work options, have no support systems, and some cannot afford to spend enough time with their children.

As of 2013, majority – or over 5,000 – of employed Filipino women are “laborers and unskilled workers,” the Department of Labor and Employment reported.

They earn an average of P159/day, the lowest among all sectors.

Women with the highest daily pay were government officials and corporate executives at P845, followed by working professionals at P740.

Meanwhile, women farmers and fishers spend most of the day out in the field or the sea, and upon arriving home, they must face household chores. This leaves them less time for other family activities.

Some jobs also require women to be away from their families, as in the case of live-in employees like househelpers.

“Gender stereotyping in our culture is still very strong,” Robredo stressed. “Obligation to care for children, homes is given to women. If they somehow lack in that area, they’re judged.”

“As legislators, we try to close the gender gap by passing laws that can empower women and allow them to handle both family and work,” she added, advising workplaces to set up daycare centers for working mothers. (READ: PH laws unfair to women) In the Philippines, men dominate both the House of Representatives and the Senate.

At present, only 6 out of the 24 senatorial seats are occupied by women, while there are only 79 women out of the 289 representatives in the House.

The 2013 elections showed that women occupied a rather small percentage of local government posts:

All these, however, are just numbers that the public can still change in the coming years, advocates say. What is more important is to push more legislators, women and men alike, to uphold gender rights.

Gender equality is not a fight between women and men, but a goal to be championed by both parties.

On the upside, several Filipino women over the years have been appointed as CEOs, chief justice, ombudsman, cabinet secretaries, among other “poweful” positions. Women in key foreign relations posts also increased from 28% in 2002, to 35% in 2010.

Many other women are doing just as much, oftentimes, in silence. They are everywhere, they are faceless, they are nameless. They are not in power, but they are working hard, and they are waiting for the rest of the country to recognize the power in them. – Rappler.com

Got stories to tell? Share your articles and ideas on women and gender with move.ph@rappler.com. Speak up on #GenderIssues.