What happens when we end hunger and malnutrition 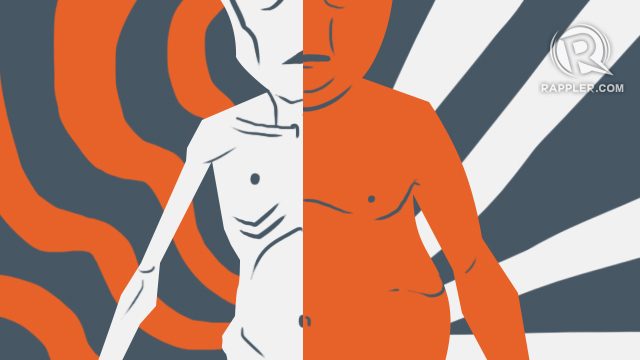 MANILA, Philippines – It’s often difficult to make people realize the need to act on the problem of hunger and malnutrition.

What is mostly overlooked are the effects even on the healthiest person. The world’s most solvable problem can affect even a country’s economy. (READ: Why we should end hunger)

If efforts are continued and effective, however, the benefits of eliminating hunger and malnutrition can go beyond the one billion people currently suffering from it.

According to a study published in 2013 by Lawrence Haddad of the Institute of Development Studies (IDS) and the Children’s Investment Fund Foundation (CIFF), putting an end to the problem by investing in nutrition can lead to sustainable economic growth.

Despite what seems to be unrelated concepts, eliminating undernutrition among children can produce positive results that, in the long run, can also promote sustainability and inclusivity.

Strong evidence generated by economists, according to Haddad, shows that ending hunger can:

A country can consider investing in nutrition as the ultimate “natural resource discovery.” However, Haddad emphasized that it is important that these investments are transformed into improved development that is not short-term.

These can only be achieved if government and the concerned authorities cooperate and coordinate in the various programs aimed at eradicating hunger and malnutrition. – Rappler.com