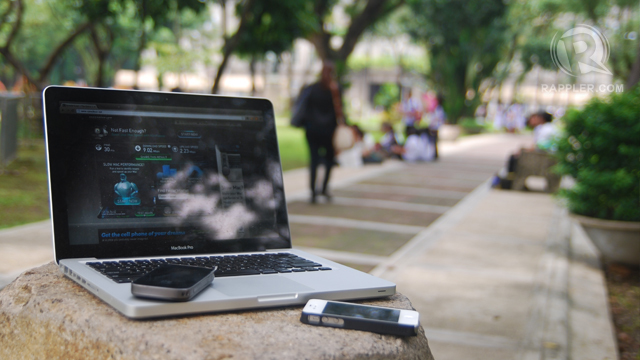 MANILA, Philippines – The House Committee on Information and Communications Technology (ICT) unanimously voted for the passage of House Bill 1550 or the Free Public Wi-Fi bill on Tuesday, March 17.

The bill aims to provide Internet connections for free in all national government offices across the Philippines such as municipal and city halls, state universities and colleges, parks, hospitals, and even public transportation terminals, including airports and bus stations.

According to principal author Representative Terry Ridon of Kabataan Partylist, the bill is “one step forward” for the government toward democratic access to the Internet – an important tool in people’s participation.

“Notwithstanding the issue of the mass accessibility and availability of personal electronic devices that people have to use in order to access public networks, the government has to recognize that the Internet is an important mechanism in delivering some of its services, and a valuable tool for people’s participation in governance and in democracy,” he said in a statement.

The American Chamber of Commerce of the Philippines (AmCham) had earlier expressed support for the proposed bill.

According to AmCham, a legislation that will pave way for “crowded urban areas” to have wireless connectivity to the Internet is a “valuable public sector contribution.”

“Higher Internet penetration will bring a wealth of benefits to Filipinos and efficiencies for the economy, reducing business costs and helping the economy to become more competitive and meet its Millennium Development Goals,” Amcham explained.

The bill includes key provisions that will ensure the effectiveness of the implementation, Ridon noted.

Aside from ensuring 24/7 stability and reality of the hotspots and absence of passwords, the committee members included a provision which prohibits administrators of the hotspots from collating data from those who will connect to the Wi-Fi network.

The proposed legislation will now be tackled in the House plenary. Ridon is optimistic it will be passed before the House adjourns the current regular session.

However, there is still a need to fight for “better Internet” in the country.

“We must emphasize that even if the Free Public Wi-Fi Bill is gaining traction, there is still an urgent need to make Internet service providers responsible for the slow and erratic Internet connection in the country,” he emphasized. “Ultimately, providing free Wi-Fi access in public areas will be futile if Internet speeds remain at the glacial pace we have at present.”

Meanwhile, the Department of Science and Technology (DOST) is set to start implementing its free Wi-Fi access across the country in July.

Funded under the 2015 General Appropriations Act (GAA), the DOST project will prioritize lower-income municipalities, according to its terms of reference. (READ: Free Philippine Wi-Fi initiative set for July)  – Rappler.com