Divorce: Yes, we need to talk about it 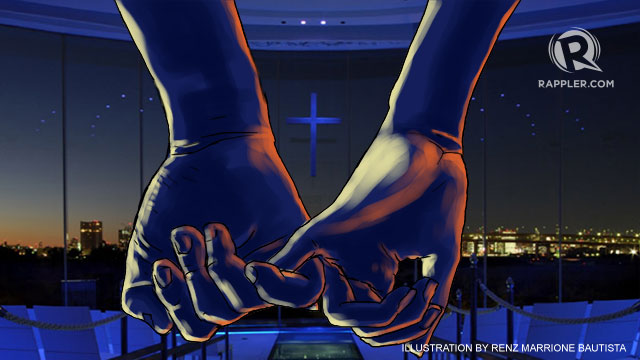 MANILA, Philippines –  It was a happy marriage until it wasn’t.

They exchanged vows of eternal love which would later stop making sense.

Can they officially end their marriage? Cash spells yes; poverty, no. And to do so, one or both of them have to be declared “psychologically incapacitated.” They were both crazy in love in the beginning, they didn’t know they also had to be in the end.

In the Philippines, it takes a lot of money to get married, perhaps even more to get out of it.

Don’t separate. Think about your children, think about God.

Some Filipinos, however, are actually thinking about their children and that’s why they want an annulment. Or maybe a divorce, if only the Philippines had one.

Divorce. It’s lined up on the country’s big bad shelf, alongside same-sex marriage, abortion, sexuality education, and other rights and services readily accessed in other countries but labeled as sin or taboo back home.

Some stay married not out of love or logic, but simply because they have no choice.

The country’s divorce bill was filed in 2010 and has been pending in Congress since.

“It’s still with the Committee on Revision of Laws, hasn’t been moving. It only had one hearing since 2010, it wasn’t a priority,” Representative Luzviminda Ilagan told Rappler.

Ilagan is one of the two women from the Gabriela women’s party who crafted the bill.

“The issue has been forgotten and only resurrected recently because of the SWS survey showing that 60% of Filipinos favor legalizing divorce,” Ilagan added. “Who knows, there may be even more who were not reached by the survey.”

The Philippines allowed divorce as early as the 16th century, before the Spanish colonial rule, Ilagan explained, it was also allowed during the American period and the Japanese occupation. Divorce was only banned in 1949 because of the new Civil Code.

The Philippines allows annulment, legal separation, and the declaration of nullity. Why divorce? Because the existing options are insufficient, advocates say:

The fight for divorce is a fight for women’s rights, argued Dr Natalie Verceles, Chairperson of the University of the Philippines Women and Development Studies. “We forget that development for women entails the expansion of choices, capabilities. Allowing women to leave dysfunctional or unhappy marriages enables them to live better lives.”

“The divorce bill can empower women.”

“Be sober and vigilant. Your opponent the devil is prowling like a roaring lion looking for someone to devour.” The Catholic Bishops Conference of the Philippines (CBCP) began their position on divorce with this bible verse.

Divorce as the devil. Welcome to the Philippines.

“A failed marriage is not an argument for divorce. It is rather proof of the necessity that only mature people enter into it,” CBCP added, arguing that the country’s existing laws already address violent marriages.

Reality, however, proves that sometimes maturity and violence are unrelated to the many possible reasons couples separate. And no one, not even gods, could stop “immature” people from marrying; nor should they be stopped from separating.

The CBCP also compares marriage to test-driving a car, stressing how “dehumanizing” it is for people to “test” another marriage after failing the first.

Opposition of the Catholic Church, Ilagan argued, is the biggest hindrance to exonerating the Philippines from being the only country in the world, aside from Vatican City, without divorce. 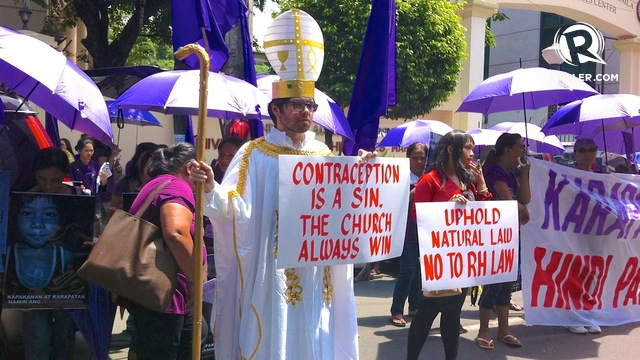 “Every election year, the Church tells politicians they will not win if they support divorce. They said the same with the Reproductive Health (RH) bill,” Ilagan said.

These men have no marital experience, why should they have an opinion? asked Jelen Paclarin of the Women’s Legal and Human Rights Bureau (WLB), a non-governmental organization championing women’s rights.

“The Church should have no say. It’s not part of their mandate anymore,” Paclarin argued.

In fact, under Philippines laws, Muslim Filipinos can divorce. And although Filipinos can get divorce abroad, this is not legally recognized back home.

“Why are religious standards applied in civil law?” the WLB asked. “If the basis for allowing divorce among Muslim Filipinos is religion, aren’t other Filipinos who do not subscribe to religious dogma against divorce entitled to avail of divorce as well?”

Advocates are also pointing fingers at legislators arguing against divorce without understanding it.

Verceles believes the divorce bill will not triumph anytime soon, especially since elections are nearing, “Politicians share the CBCP’s sentiments, they need votes.”

The “traditional and hypocritical” opinions of male politicians on divorce are part of the country’s “macho mentality,” observed Ilagan. “They don’t want to legalize divorce yet some have two or more families.”

She pointed out that some politicians had “quick” annulments since they can afford it. Some of these “quickie courts” may involve corruption.

Meanwhile, poor and even middle-income women cannot afford the procedure.

Not all men, however, are like this. Verceles lauded the likes of Congressman Edcel Lagman, a staunch RH advocate. At the same time, not all women are pro-women, citing Congresswoman Lucy Torres-Gomez, an RH law opponent.

The Philippines is no land of milk and honey – no matter how “holy” it may be, couples do break up.

Will divorce be cheaper than annulment?

Hiring lawyers and psychologists for an annulment case can be very expensive. There are also women who stay in abusive or unhappy marriages for economic survival; they have no jobs, they depend on their husbands. Hence the need for government to help empower women economically, Verceles suggested.

At present, poor women rely only on pro-bono lawyers for annulment. Such should not be the case for divorce.

“We should look at how divorce can be accessed by the [less privileged],” said Paclarin.

The poor mostly only hold on to informal agreements (kasulatan) signed by both parties and a barangay captain. Such have no legal effect.

Women should also be educated about their rights and legal options. Consultation workshops on divorce could help get the people’s pulse and problems, said WLB.

Lack of child support is common in post-separation situations, hence the need for the divorce law to come up with an easier and faster way of guaranteeing that the more capable party will provide child support.

Paclarin painted this scenerio: A battered wife files a VAW (violence against women) case against her husband who then lies and accuses her of adultery. Both go to court, with the husband having the advantage of money and “good” lawyers. Who will win?

Future of the end 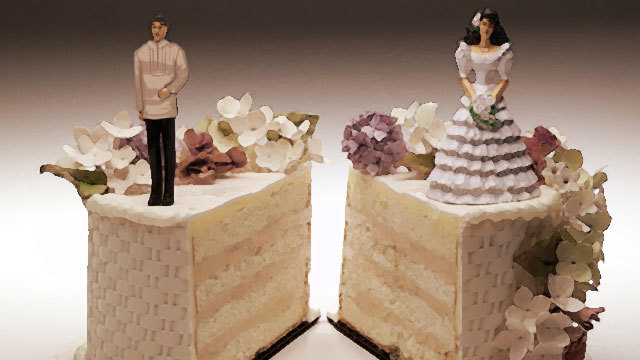 What awaits the end of Filipino marriages?

“Mga praning sila (They’re paranoid). They think if we have a divorce law, it will encourage couples to divorce or break up families,” said Verceles. “We won the RH law despite Church opposition. The same thing can happen for divorce.” (READ: Divorce needs RH-like support)

Verceles has been separated for 13 years and boasts of successfully raising her daughter. “It’s not a badge of dishonor for children, remove the stigma,” she said.

Ilagan admits the bill would most likely fail in the 16th Congress, but that it is good that more people are now talking about divorce and its merits.

“It’s not a Las Vegas kind of divorce; get married today, divorce tomorrow,” Ilagan said. “Let’s not pretend our societies don’t have [marital] problems. What we’re proposing is just another remedy.”

The logic is simple, advocates say: If you don’t want a divorce, don’t get one, but don’t force others to agree with you. If they want it, let them.

Just like the RH law, divorce has a long battle ahead. Until then, many Filipinos might stay blind to the reality that not all marriages will last. – Rappler.com

Got stories to tell? Share your ideas, articles, and questions surrounding gender, women, and development issues with move.ph@rappler.com. Speak up on #GenderIssues!