Cousins suicide: A HK tragedy that could have been averted

Apr 9, 2015 9:22 AM PHT
Daisy Cl Mandap
Facebook Twitter Copy URL
Copied
The fate of Fil-Brit Blanca Cousins is a sad tale, made more tragic by the mistakes apparently committed by her parents who tried desperately to keep their family together 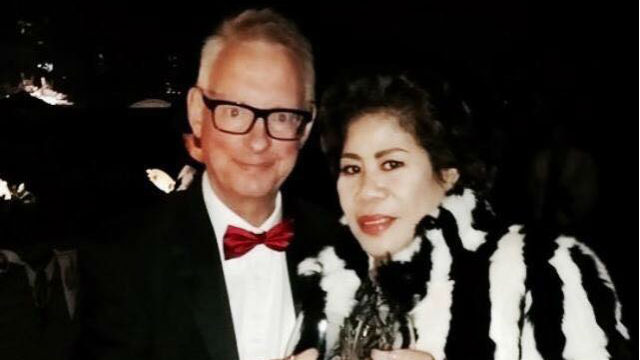 HONG KONG – It was a tragedy that could have been averted as early as 15 years ago.

That is what support groups for migrant workers in Hong Kong say, following news of a 15-year-old girl who jumped to her death from her family’s luxury apartment in Repulse Bay on Tuesday, April 7. (READ: Filipino-British couple nabbed in HK child’s death)

According to initial reports, the teenage girl had been unhappy, apparently because she and her younger sister had never attended school because they did not have identity papers.

Their Filipina mother, named in one report as Herminia Garcia but known to friends as Grace Cousins, 53, was reportedly a former domestic helper who had overstayed her visa for 20 years, and was thus hesitant to apply for birth certificates for her daughters for fear of exposing herself.

It turned out Grace was not married to the girls’ British father, Nick Cousins, 58, managing director of big insurance brokers Jardine Lloyd Thompsons.

Grace reportedly came to Hong Kong in the 1990s, and contrary to previous reports, never worked for Nick Cousins. They apparently met when she had already overstayed her visa, and as a result, was afraid to come out in the open.

Their first daughter was born in 1999, and the second came a year after. Both were born in a private hospital, but their births were apparently not registered.

According to Hong Kong regulations, parents of children born in the territory must present themselves to the Births Registry and prove their identity so their children could be issued birth certificates.
This apparently presented a problem to the couple because they did not want Grace to be exposed as illegally staying in Hong Kong.

So, they skipped getting the all-important document that would have allowed her daughters to attend school, and live normal lives.

The couple also put themselves at risk of arrest, not just because of Grace’s illegal stay in Hong Kong, but also because of laws that mandate parents to send their children to school.
But according to Luna Chan, chief operating officer of Pathfinders, a non-governmental organization helping pregnant migrant women and their children, Grace should have at least sought help when faced with this dilemma.

“She could have come to us because we would not have turned her in,” said Chan. “We could have advised her on her options, and left her to decide what was best for her and her children.”

The options, she said, were not as dire as the Cousins had probably thought. Chan cited a similar case where a Filipina mother who had overstayed her visa for about 16 years and had two children during this time was not prosecuted after she agreed to surrender to Immigration with the help of Pathfinders.

“It’s really up to Immigration,” she said. “In this case, immigration officers must have taken into consideration the welfare of the two children, and allowed them and their mother to just go home to the Philippines.”

With Nick Cousins presumably a permanent resident in Hong Kong, the two girls would have been entitled to right of abode, regardless of their mother’s visa status.

“Even if Grace were jailed for overstaying her visa,  she would probably get maybe two years at most,” said Chan. “That’s far more preferable than living in uncertainty for 20 years.”

For the Philippine Consulate’s assistance to nationals section, getting help is a second option. The first one is for Filipino nationals not to run afoul with the law, like overstaying their visas.

In Grace’s case, the Consulate would have told her to get her daughters’ birth certificates even if it meant surrendering herself to authorities.

If they had birth certificates, the girls could have been issued Philippine passports if Grace applied for them, said Macaspac.

Their father could affirm paternity if he went personally to the Consulate to make this declaration.

But with Grace in custody, the Consulate is left with not much alternative to help. Macaspac said they had already visited her, and would inquire next on the situation of the second daughter who has been put in the care of social workers.
Fabulous, undocumented

Unable to attend regular schools, the girls were put in a private tutorial center and later took riding classes at the posh Hong Kong Pony Club.

The girls were said to have been well provided for, and were often seen wearing designer outfits from a very young age.

But unlike their jet-setting friends, they could not leave Hong Kong or move around freely because they lacked travel or identity documents.

This was what apparently drove Blanca to secretly lament about her “lost identity.”

Grace’s case was different. Some acquaintances recall her talking about traveling often, but that would now appear as just a ruse to hide her real status.

She is also known to meet up quite often with fellow wives or partners of expatriate executives, wearing the most fabulous jewelry and designer shoes and bags.

People in this lunch group remember the Cousins as seemingly happy, especially the two girls. Grace was known to be close to her daughters, and Nick, as very “maalaga” or caring to them.

But growing up with no formal identity and no schoolmates to speak of could not have been easy for a 15-year-old, even with supportive parents.

So, as her parents watched television in their living room late Monday night, the girl reportedly went inside the master bedroom, locked herself in the toilet, and then jumped from a window as the couple tried to force open the door. She was declared dead on the spot a short time later.

The family’s long-held secret unraveled when the couple failed to produce any identity document for their dead child.

Now both face charges: Nick for neglect of a child and aiding and abetting Grace in overstaying her visa. He has since been freed on bail.

Grace faces a more uncertain future. She has been charged with child neglect, and for overstaying her visa for 20 years. That could mean jail time and deportation.

But what could be worse is being denied a final chance to see her dead firstborn, or gaining access to her younger daughter who is now being cared for by social workers.
It is undoubtedly a sad tale, made more tragic by the mistakes apparently committed by two people who tried desperately to keep their family together. – Rappler.com