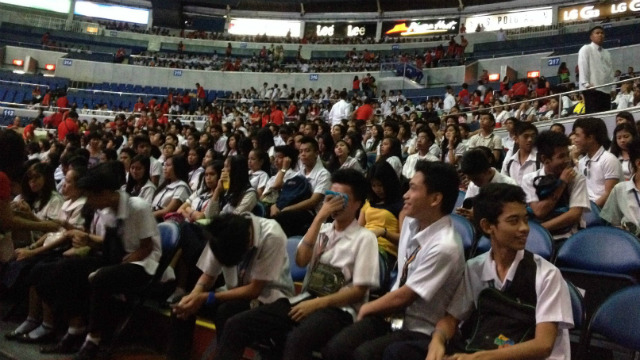 MANILA, Philippines – The fruits of the controversial Pantawid Pamilyang Pilipino Program (4Ps) are evident in the recent high school graduates who are members of family-beneficiaries, Welfare Secretary Corazon Juliano-Soliman said on Thursday, April 23.

(These are the fruits of the money of the country, these students. Your taxes went to them.”

According to the Department of Social Welfare and Development (DSWD), more than 300,000 beneficiaries of 4Ps graduated from secondary school this 2015. Out of this number, 8,000 belong to the top 10 of their respective class.

In the National Capital Region (NCR) alone, more than 16,000 graduates are beneficiaries, while 200 were able to graduate with flying colors. These students were honored in an event at the Smart Araneta Coliseum organized by the DSWD.

Families qualified to enroll in 4Ps, also called Conditional Cash Transfer (CCT), can receive up to P1,400 ($32) a month for the health and education needs of their children aged up to 18 years.

When the children beneficiaries reach 18 years old or college, Soliman explained that the Commission on Higher Education (CHED) or the Technical Education and Skills Development Authority (TESDA) will provide means to help the underprivileged students through their different programs and scholarships.

(I want to emphasize the convergence aspect. One government manages everything so agencies really help each other.)

Soliman said the department is looking into the possibility of extending the coverage up to the college-level students and to actually enacting this into law. It is up to legislators, however, if this will push through. 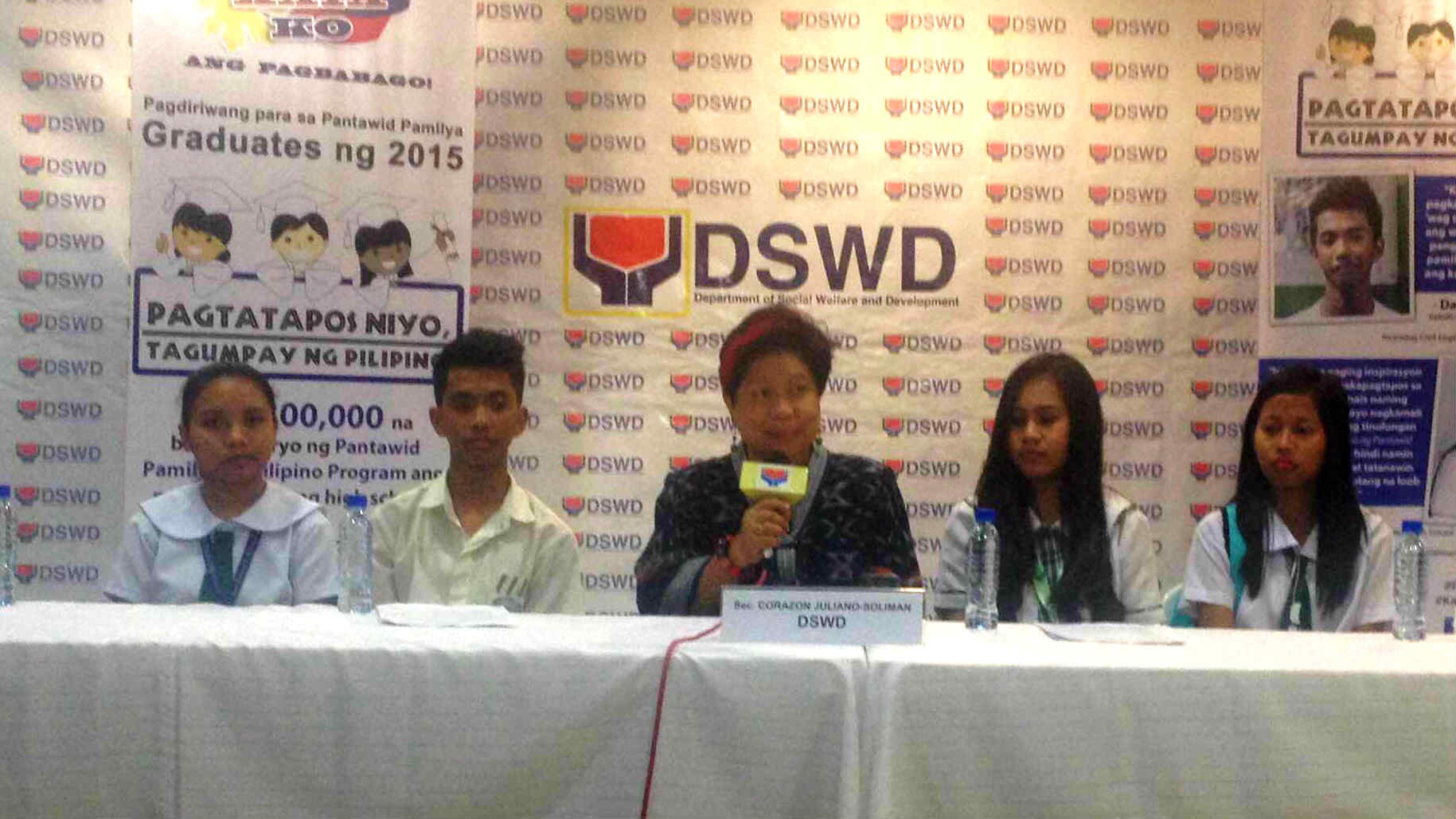 The program has been criticized since its implementation in 2008. (READ: Pantawid program working well?)

Issues range from the lack of “concrete evidence” of its effects to its having a big budget allocation through the years.

During the budget hearing of DSWD in the House of Representatives, lawmakers questioned the effectiveness of the program, given its rising budget. (READ: Lawmakers question DSWD’s conditional cash transfer program)

In addition, the “stable” poverty incidences in the country led to some people wondering if the program is really effective.

Soliman maintained however that the 4Ps program is not just for the near future, but also for long-term goals.

(This is the most important type of investment. This is what we do with our money, with taxes, we help almost 11 million children nationwide.)

The DSWD also gave assurances that based on their reports, up to 98% of families are spending their cash grants for important needs such as education, food, and health. Those who do not follow the guidelines set are delisted from the program.

(The graduates are proof that many continue to use their cash grants properly. We are able to see what the priorities of their families are and that’s education.) – Rappler.com