Which countries sent the most OFW remittances? 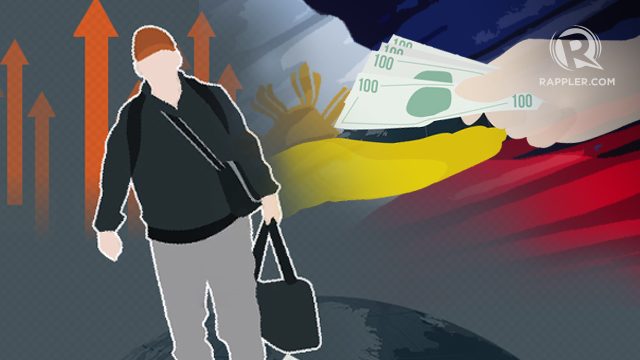 Facebook Twitter Copy URL
Copied
Almost half of global remittances come from the USA, which contributes $10.37 billion. Saudi Arabia significantly lags behind, with remittances of $2.52 billion.

MANILA, Philippines – Separated from their families and motherland, OFWs endure tremendous sacrifices in strange lands to provide for their families they have left at home.

OFWs also make an invaluable contribution to the country’s economy, accounting for most of the country’s net factor income from abroad (NFIA) through their remittances.

NFIA is the difference between what Filipinos earn abroad and what foreigners earn in the Philippines. The Philippines’ large NFIA makes up for its negative net exports.

There are no remittances from the war-torn states of Iraq and Syria.

Nine percent or $335,451,000 of European remittances originate from troubled Greece, currently at risk of default and exit from the Eurozone if it fails to meet its obligations to the International Monetary Fund (IMF).

Miguel Sevidal is a Rappler intern