How Makati village along fault line prepares for the ‘Big One’ 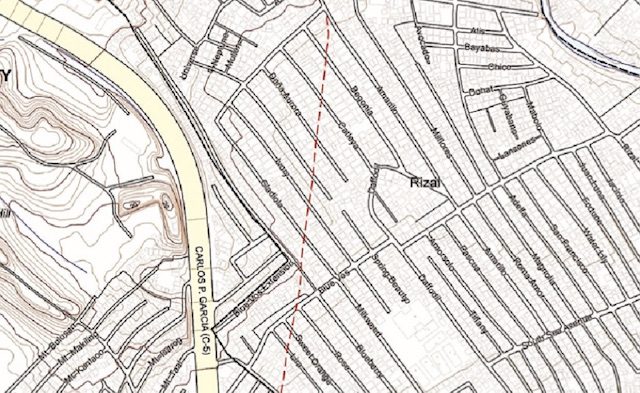 Facebook Twitter Copy URL
Copied
Makati, where the country’s financial district is located, is considered the most prepared for the big earthquake

MANILA, Philippines – The red circle and the acronym WVF that marked the street in front of Zenaida Murillo’s house have been erased by rain, dust, and road repair. But the 50-year-old mother of 3 does not forget what the marking meant: Her family lives on top of the West Valley Fault.

Murillo, a housewife from Barangay Rizal in Makati City, first learned that her house stood on an active fault line in a meeting with village officials and other affected residents in 2013.

“Siyempre nalungkot ako, pero kailangan talagang tanggapin kung yun eh darating man,” Murillos said. (I got sad, of course, but we have to accept the inevitable.)

According to Phivolcs, the “Big One” – projected to be a magnitude-7.2 earthquake which may occur in our lifetime – could strike once the West Valley Fault moves.

The West Valley Fault cuts through a part of the eastern part of Makati City occupied by barangays (villages) Comembo, East Rembo, Pembo, and Rizal. The 100-kilometer fault traverses parts of Metro Manila and nearby provinces of Bulacan, Cavite, Laguna, and Rizal, affecting at least 57 subdivisions and villages. (READ: 57 subdivisions, villages traversed by West Valley Fault) 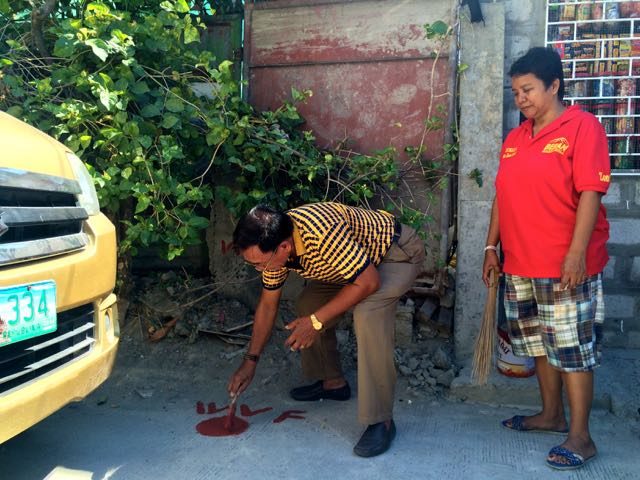 Along Ivory St in Barangay Rizal, Murillo said at least 6 houses, including hers, stand on the fault zone.

Murillo, her family, and neighbors know about the risks. In various village meetings, she heard about the massive destruction the quake could cause. The effects of a magnitude-7.2 earthquake on a highly populated area like Metro Manila include strong ground shaking, damaged infrastructure and utilities, and a potentially huge death toll. (READ: What dangers await when the West Valley Fault moves?)

MMEIRS study: Potential effects of a magnitude-7.2 quake in Makati

The 2004 Metro Manila Earthquake Impact Reduction Study (MMEIRS) revealed that a magnitude-7.2 tremor in Metro Manila could destroy 40% of the buildings in the metropolis and kill nearly 34,000 if it strikes at night.

As early as 2008, the city had initiated the Makati Risk-Sensitive Urban Redevelopment Project in Bgy Rizal, aiming to transition the village from being a highly vulnerable to a disaster-resilient community.

The pioneering project in the Philippines involves mapping of affected households, identification of hazards, improvement of disaster management skills, improvement of structures, and creation of spaces for emergency use.

The project sought to address the following problems that hampered their efforts to build a safer village: 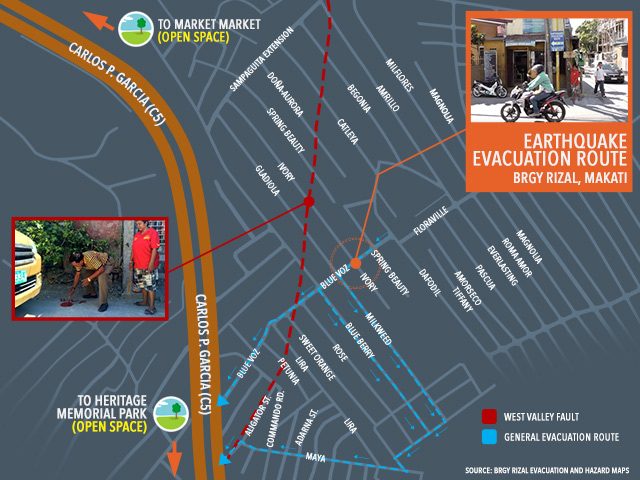 (You can see here from the Urban Redevelopment Project seminars we have conducted. Every house and resident has been surveyed because of impending disasters. We don’t want the disaster in Nepal to happen in our village, so we are preparing for disasters.)

Cruz stressed barangay officials went through extensive training and organized a clear disaster management structure before they trained affected residents. Since 2010, barangay officials have been conducting seminars on how to prepare down to the household level.

In December 2014, Barangay Rizal, with the help of city engineers and Phivolcs, inspected and mapped households at risk, identifying at least 100 houses across the village that were built near, or on the fault zone.

“We’ve been strict in implementing the building code after Phivolcs warned us,” Cruz said in Filipino.

In 2013, Makati’s Office of the Building Official (OBO) ordered the inspection of buildings 15 years and older and required a certification of structural stability. (READ: 12-point checklist for an earthquake-resistant house)

During the same year, evacuation route signs leading to open spaces have been installed along 18 strategic areas in the village.

“In 2013, in coordination with the urban development department of the city, we trained on adopting a signage system – patterned after international signs – directing to open spaces far from accident-prone areas and wires,” village disaster management chief Ranulfo Gimarangan told Rappler in a mix of English and Filipino.

When the “Big One” strikes, Murillo said her family and neighbors already know what to do and where to go. Her house has recently been retrofitted. She is prepared to leave with an emergency kit when the time comes. What she’s not ready to do is to immediately relocate her family to a safer area.

In its newly published Valley Fault System Atlas in GMMA, Phivolcs stressed that “the minimum distance, or the zone of avoidance, against ground rupture hazard is at least 5 meters from both sides of the active fault or from the edge of the deformation zone.”

“Medyo mahirap pagdesisyunan kasi dito na sila lumaki (It’s difficult to decide because the children grew up here),” said Murillo, who has lived in the village since 1986.

Murillo’s two young children study in schools nearby. Her husband drives a jeep for a living while her daughter works in the financial district.

“Aware ang mga residente na sila po ay maaring tamaan ng sakuna dahil sila ay nasa faultline. Meron din namang mga sumusunod at handang magpa-relocate kung kinakailangan,” Cruz said. (The residents are aware they will be affected by the earthquake because they live along the fault line. There are those who follow warnings and are ready to relocate.)

At least 10% of the affected population in Barangay Rizal will be relocated to pave the way for the redevelopment project that includes building an open space with a park, Gimarangan said. This is the part of the redevelopment plan that is yet to be implemented. If the redevelopment project of Barangay Rizal succeeds, Makati and partner agencies like Phivolcs, Earthquake and Megacities Initiative, and the German Committee for Disaster Risk Reduction, plan to replicate it in other barangays.

Makati, where the country’s financial district is located, is considered the most prepared for the big earthquake, Phivolcs Director Renato Solidum Jr said at the 10th Asian Seismological Commission meeting in 2014.

In the Philippines, Makati was the first city to enforce a risk sensitive land use policy that includes the New Makati Comprehensive Land Use Plan and its Zoning Ordinance. It has also finished its earthquake contingency and pre-disaster recovery plans.

The city was elevated to the Hall of Fame in disaster preparedness after winning the 2012 Gawad KALASAG (Kalamidad at Sakuna Labanan, Sariling Galing ang Kaligtasan) citation given by the National Disaster Risk Reduction and Management Council (NDRRMC).

A champion of the United Nations Office for Disaster Risk Reduction’s “Making Cities Resilient” campaign, Makati has also taught other countries like Nepal how to institutionalize disaster preparedness.

According to Solidum, even before the Philippine Disaster Risk Reduction and Management Act of 2010 was enacted, Makati was already ahead of other cities in its preparedness efforts he considered “holistic and sustained.” – Rappler.com

Tell us how your city, town, and village are preparing for earthquakes. Email your stories to move.ph@rappler.com or tweet us via @moveph. Stay alert and ready with timely disaster information through Project Agos.