May 26, 2015 2:58 PM PHT
Rappler.com
Facebook Twitter Copy URL
Copied
Gawad Kalinga's founder responds to accusations made about the controversial speech he gave at the University of Hawaii in April 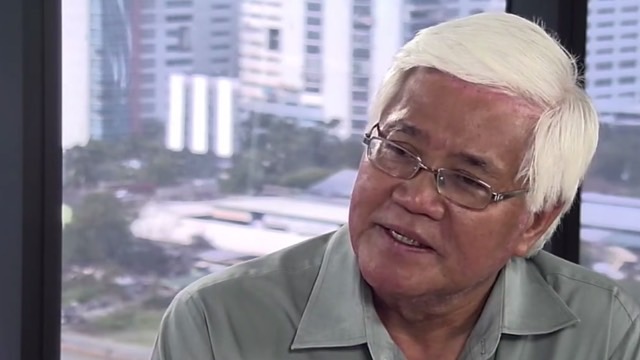 The Center for Philippines Studies at the University of Hawaii – Manoa, recently released a statement on the speech of Gawad Kalinga founder Tony Meloto at its CPS’ 40th anniversary fiesta. The speech was called “self-serving,” “sexist,” and “elitist” because of the way Meloto allegedly spoke negatively about the poor and Filipino women.

Meloto sent his response to Rappler. We are publishing it in in full with minor edits for style.

It was a shock for me to hear about the negative report from University of Hawaii-Center for Philippine Studies (UH-CPS) 45 days after the event and this is the first time I’ve been called a “sexist,” “elitist” and a person with “colonial mentality,” which definitely I am not.

I may have offended some who did not agree with me or [did not] appreciate my humor‎ and I can respect that, but the least that UH-CPS could have done was to write me first for the courtesy of a reply, before unleashing it to social media.

I am deeply pained to read and hear about all that has been written, especially after hundreds of speeches in the Philippines and abroad, and after caring for the poor every day, protecting women and children and promoting pride as a Filipino everywhere I go in the last 20 years.

I was invited to speak in Hawaii April 10-12, and I thought my speeches were well received, including the one for the Center for Philippine Studies, where I had the biggest audience who were inspired by the message of hope about our rising economy, the work of GK to help in inclusive growth, and our massive rehabilitation effort for Haiyan victims.

I did not sense a public negative response after the speech, just a lot of picture taking and coffee later on with a big group of Fil-Ams, mostly women, who invited me again to their big event in Hawaii in August.

In fact, the newspaper account of the event that came out immediately after on Filipino Chronicle was factual and positive.‎ This social media post by UH-CPS came as a shock, especially since I felt during that day that more of them would be helping Gawad Kalinga in our work of nation-building.

I am saddened that my statements were taken out of context and my metaphors given a negative interpretation, and I was not prepared for the massive bashing I received from social media after because of this.

I spoke candidly about bright foreigners finding the Philippines as the land of opportunity, hub for social entrepreneurs and the most beautiful country in Asia, including our women.

I cited two of my daughters who married foreigners, a Brit and a Fil-Am, who were volunteers in GK and left their countries to live in the Philippines.  It would be ridiculous for a father like me to trivialize and insult my daughters, whom I love and respect, to lure foreigners to our country.  I have nothing but the highest respect for our Filipina women who are the heart of our home and community.

I was accused of having a colonial mentality.

On the contrary, I have been working for liberation from a colonial mentality by being proud of my being Filipino – and my brown color. I promote world class Filipino brands and services through social entrepreneurship to create inclusive wealth in the Philippines that does not leave the poor behind.

I was also accused of being elitist.

How can I be elitist when I spend almost every day of my life with the least privileged in the slums, with victims in calamity areas, and the landless farmers?

‎But GK partners with government, universities and corporations, local and international, because the work is massive and we need everyone’s help.  I don’t believe that bringing the rich schools (including many foreign interns) and corporations to help the poor out of poverty makes me an elitist.

I was accused of being sexist.

This is the first I’ve been called such, and it hurts, because I’ve always ‎worked for the protection of women and children from domestic abuse and societal discrimination.

In fact GK has been strict in the discipline of men through values formation and GK village rules that do not tolerate habitual drunkenness, drugs, gambling, and domestic and community violence.

Our women are not the problem – Filipino women are our biggest blessing because of their caring and nurturing nature. But if men are the problem – our criminals are mostly men – we should not give up on them but instead help reform them and make them part of the solution.

Despite this being the first time it happened to me, it has taught me valuable lessons.  Social change will inspire many but also upset others. I am also learning the power of social media and would like to encourage everyone to use this powerful tool to continue to create positive change online and on-ground.

I hope this clarifies things and helps us get back on track for there is much work to be done. I leave for Australia today and continue with the mission of building our Filipino Dream of ending poverty in our country.  Thank you for your encouragement and support. – Rappler.com