Eradicating polio: Almost there but not quite 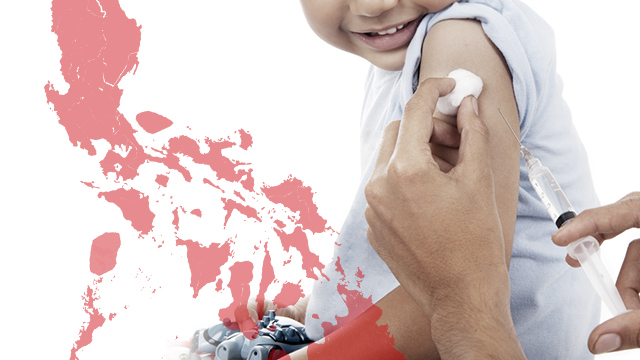 HANOI, Vietnam – Polio could soon be like small pox, a distant memory in the minds of people who have only heard about the dreaded disease but have neither seen nor experienced it.

“It seems almost like a myth now, doesn’t it?” Dr T. John Jacob, chairman of the Child Health Foundation in India, asked the group of journalists and medical experts gathered in Hanoi for a vaccine conference.

The small pox virus was declared officially eradicated in 1980. The World Health Organization (WHO) cites small pox as one of the first diseases to have been combated on a global scale.

Experts at the gathering say the same can be done with polio.

Polio is a highly infectious viral disease that is transmitted mainly from person-to-person contact through the faecal-oral route or through contaminated food or water.

The virus multiplies in the intestine. In a small number of cases, about one in 200, polio can cause permanent leg paralysis.

Young children under 5 are most prone to being infected by polio, although there have been some rare cases where adults contract polio. Former US President Franklin D. Roosevelt contracted polio at the age of 39.

There is no cure for polio. It can only be prevented by immunization.

In 1998, the WHO recorded more than 350,000 polio infections worldwide. During the same year, the Global Polio Eradication Initiative (GPEI) was launched.

Vaccination through administering the oral polio vaccine (OPV) has been recorded to reduce polio infections by 99%.

However, polio remains present in the poorest and most marginalized countries where health systems are weak and a large number of children go unvaccinated.

There are 3 countries where the wild polio virus (types 1, 2 and 3) remains endemic: Afghanistan, Nigeria and Pakistan.

In 2014, Jacob reported that there were 359 cases of wild polio globally: 306 in Pakistan, 28 in Afghanistan, 6 in Nigeria, and a 19 cases scattered across countries from West Africa to the Horn of Africa known as the “poliovirus importation belt.” These countries include Somalia, Ethiopia, Iraq, Syria, Cameroon, and Equatorial Guinea.

In the case of Somalia, polio was exported from Nigeria, infecting a population that remained unvaccinated because of an al-Shabab vaccination ban.

Nigeria has been polio-free since July 2014 and Jacob expressed optimism that all countries with importation will be polio-free in 2015.

The progress in the fight against polio shows that comprehensive vaccination of children is effective in curbing the spread of the virus.

While OPVs have been the main delivery of vaccination, Jacob flagged the possibility of “genetic reversion” or “vaccine-derived virus,” extremely rare cases where OPV may cause the polio infection.

GPEI launched the Polio Eradication and Endgame Strategic Plan, a long-term strategy that calls for administering at least one dose of an inactivated polio vaccine (IPV) by end 2015 to fasttrack eradication of polio.

“To eradicate polio, we must first create an immunity umbrella. IPV is that new tool in the global eradication of polio,” said Jacob.

IPV is administered through injection which works by killing the polio virus, rather than just weakening it.

The last case of wild polio virus infection in the Philippines was reported in Cebu in 1993. In 2000, it was declared polio-free together with other countries in the Western Pacific Region.

This is no reason to be complacent, said Dr Eric Tayag, Department of Health (DOH) Director for Bureau of Local Health Systems Development.

Tayag was present at the same vaccine conference to present the DOH’s plans for rolling out the Philippine polio eradication strategic plan.

“We have not eradicated polio,” said Tayag.

In medical terms, eradication of disease means zero incidence of infection worldwide, while elimination of a disease mean controlling the disease and keeping it within limits and at regional levels.

According to Tayag, the Philippines remains vulnerable to a possible resurgence of polio because of the high migrant population, weak health surveillance systems in some parts of the country, and underimmunized children.

IPV was already made part of the DOH’s extended program plans on immunization in 2014. The DOH now plans to roll out a national immunization plan to include IPV in phases.

The DOH strategy is to immunize the younger children who are most susceptible to polio and also “so they will not infect the older children and other members of the community,” said Tayag.

According to the DOH-recommended schedule of polio vaccination, one dose of IPV is to be administered at 14 weeks together with the 3rd dose of OPV.

The DOH will introduce IPV immunization in the National Capital Region (NCR) and regions 3, 6, and 10 by the second quarter of 2015.  The other remaining regions in the country are to be covered in the third and fourth quarter of 2015. – Rappler.com