Fil-Ams on #LoveWins: ‘A victory twice over’ 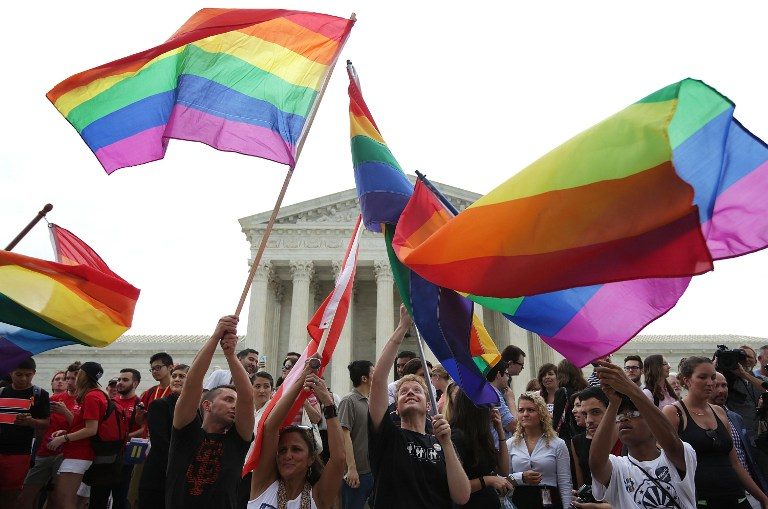 SAN FRANCISCO, USA – Families and allies of the lesbian, gay, bisexual, transgender and questioning (LGBTQ) community have attended so many weddings that teetered precariously on nullification as challenge after challenge confronted the legality of same-sex marriage.

Perfectly timed on the Friday of Pride weekend, the nation’s high court ruled  that marriage is a nationwide right for all couples in this country.

Tears of joy mingled with triumphant whoops as proponents of same-sex marriage hugged, pumped fists, and rapturously waved the rainbow flag to revel in their victory moments after news of the 5-4 vote upholding the constitutionality of same-sex marriage broke throughout the nation.

“Today we can say, in no uncertain terms, that we have made our union a little more perfect,” President Obama joined in the collective celebration over the decision he said “affirms what millions of Americans already believe in their hearts.”‘ 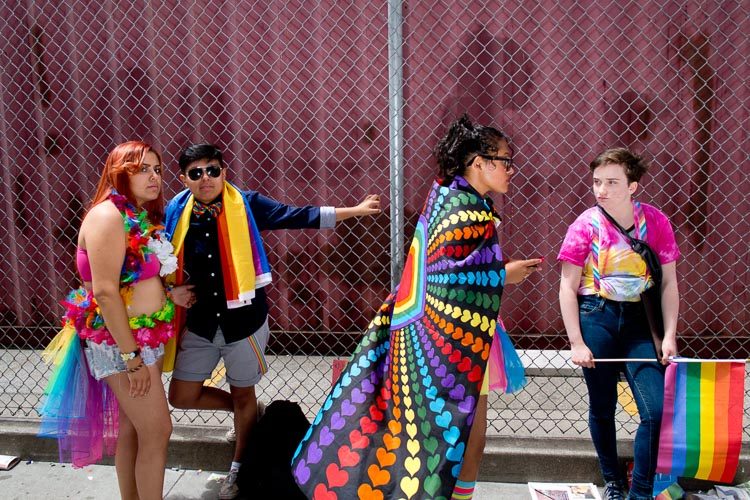 “No longer may this liberty be denied,” he said.  “No union is more profound than marriage, for it embodies the highest ideals of love, fidelity, devotion, sacrifice and family.  In forming a marital union, two people become greater than once they were.”

Same sex marriage is beyond the scope of the Constitution, he said, reading from the bench for the first time since he became chief justice 10 years ago.

“(T)his court is not a legislature,” he wrote. “Whether same-sex marriage is a good idea should be of no concern to us. Under the Constitution, judges have power to say what the law is, not what it should be.” “This historic day is not only for the LGBT community alone but for everyone who believes in the power of love and the rights of many people who choose to get married,” declared Dr. Jei Africa, the first transgender FilAm county official and a member of the San Mateo County LGBT Commission, the first such body in this country.

“Many in the FilAm legal community have been strong supporters of same-sex marriage,” touted Robert Uy, immediate past president of the Filipino Bar Association of Northern California. “Most notably FBANC and the National Filipino Americans Lawyers Association have signed off on amicus briefs and have used their influence to support same-sex marriage.”

The ruling is a victory twice over for Filipino Americans, he averred.

“Years ago, prior to the landmark case Lovings v. Virginia, FilAms could not intermarry as miscegenation was illegal. Today, the right to marry is recognized as a fundamental right, and like how the Supreme Court struck down anti-miscegenation laws in Lovings v Virginia, the Supreme Court has struck down challenges to same sex marriage. We as Filipinos should stand in solidarity with the LGBTQ community!”

“The Supreme Court’s decisions over the past two years on Proposition 8 and the Defense of Marriage Act set the stage for today’s momentous decision expanding marriage equality across the nation for LGBT communities,” California Assembly Member Rob Bonta gave perspective.

“As an attorney experienced in and committed to civil rights issues, I am encouraged that the Supreme Court had the moral and constitutional insight to recognize the importance of equality for all. The decision is particularly meaningful as we are just few days from the 46th anniversary of the start of the Stonewall Riots in New York City, which ushered in the modern LGBT rights movement.”

Bonta had a ringside seat to the struggle for marriage equality.

“The San Francisco City Attorney’s Office was the first governmental entity in American history ever to legally challenge marriage laws and the only law office to be involved as a party in every aspect of the legal battle since 2004,” he said. “As a Deputy City Attorney for the San Francisco City Attorney’s Office, I was proud to be at the forefront of the historic legal battle for marriage equality in California. Now, as an Assembly member for the 18th Assembly District, it fills me with joy to know that every loving couple can be married—and their marriage legally recognized—not just in California, but across the nation.”

Bonta was the first elected area FilAm official to release a statement on the June 26 ruling.

“Today marks a historic expansion in civil rights that will be rightfully celebrated for generations. But the fight at the intersection of social, economic, racial and LGBT justice marches on. We must not rest until all communities are free from discrimination, victimization, bigotry, and hate,” he said.

“Glad that the court got it right,” Daly City Council Member Mike Guingona succinctly responded to Rappler’s query. “We in the Bay Area were the first to recognize and advocate for what has become the law of the land today.”

“I thank the United States Supreme Court for making history and for moving our nation toward an even more perfect union,” said the one-time grand marshal of the San Francisco Pride Parade and the first openly gay elected FilAm official in California.  “I give a special thanks to all my brothers and sisters who fought hard for this day. There are countless lesbian, gay, bisexual, transgender and queer activists and straight allies who campaigned, marched, litigated and won. Today, we are all witnesses of another exciting chapter in U.S. civil rights history.”

“A long time coming,” she described the Supreme Court affirmation.  “Everyone has the right to love whom they choose.  With the court legalizing gay marriages, the LGBT community  may enjoy the same rights and benefits that straight couples do.”

“The first thing I saw this morning was Justice Kennedy’s resounding comment when he made the deciding vote: ‘in forming a marital union, two people become something greater than once they were.’ Regardless of race, faith or color, this is marriage equality. That’s all we’ve been asking for.”

“Like racial equality, this is an idea whose time has come and will spread to the rest of the world. I’m happy to be a witness to the enlightening. Love is love!”

“My instant reaction was ‘Good!  That signifies true equality! It took so long to get there,”’ said the marriage and family therapist and current president of ALLICE Alliance for Community Empowerment Kumares and Kumpares.

Forty years her junior, colleague Jennifer Jimenez Wong said she was thrilled not just for her friends but more so for her children.

“I’m very happy about this,” said the marriage and family therapist.  “As a mother when I think about my daughters and all future generations, it’s comforting to know that they have the freedom and the right to marry the ones they love without having to experience any legal obstacles.”

Not everyone found reason for jubilation.

Nellie Hizon, vice chair of the Archdiocesan Council in San Francisco, based her disparate reaction to her fealty to her faith:

“The traditional view of marriage that I hold, between a man and a woman, the beginning of humanity, from the beginning of time, does not change. I still believe in it.” she told Rappler.  “‘I view the recent SC ruling of allowing same sex couples to marry, as only a matter of  according certain rights, and protecting a class, the LGBTQ, from discrimination.  Marriage is the platform used  to secure that right and protection.

“If only we respect all creatures in the form they are created, we probably need not go into altering the natural course of human creation.

“I have always respected people of any nature.  Now they are the LGBTQ.  I see them as another human being, regardless, who deserve respect as God’s creation.”

Meanwhile, Vanessa Barrington of Justice in Aging, the nonprofit fighting senior poverty through law, said the high court has given economic security in retirement to LGBT couples.

“Thanks to federal and spousal survivor benefits such as Social Security, Medicare, and Veterans’ Benefits, aging LGBT couples can now be there to support each other as their health care needs increase, as marriage brings with it the right to advocate and make crucial health care decisions for a spouse who is hospitalized and may not be able to make her own decisions,” Barrington issued a statement from her office in Oakland, California.  “Same sex couples will no longer be denied the property and retirement account inheritance rights that opposite sex married couples enjoy. This historic decision by the Supreme Court brings justice to a huge segment of the population that has worked so hard and waited so long for their right to marry those they love.”

Those are among reasons why the 45th San Francisco Pride Celebration, the event recognizing the LGBTQ community, is expected to surpass the 2013 festivities following the Supreme Court’s decision striking down federal law denying benefits to same-sex couples.

More than ever, this year’s theme resonates: Equality Without Exception. – Rappler.com