Q&A with ‘In the Country’ author Mia Alvar 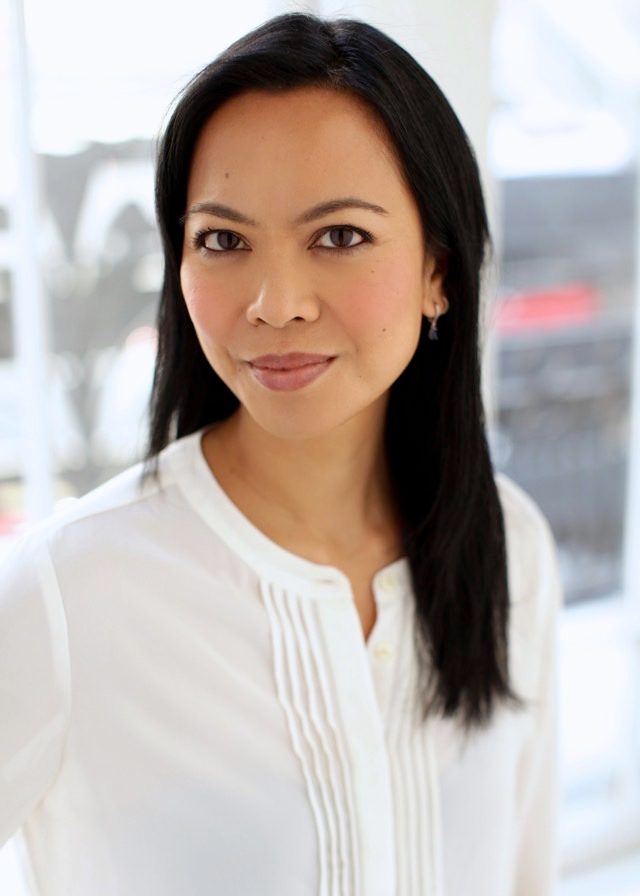 MANILA, Philippines – In her debut short story collection “In the Country,” Mia Alvar writes about the Filipino diaspora, of exiles, emigrants, and wanderers as they start new lives in the Middle East and US influenced by her own and her family’s collective experiences, the book contains nine stories that delve into themes of migration, class dynamics, and cultural identity.

Rappler spoke with Alvar to find out more about how “In the Country” came about and its role in the Filipino-American narrative.

Rappler: Why did you decide to write “In the Country?”

Alvar: I had been writing the individual stories for a long time so I don’t know if there was a decision moment. It came together over the years. I think generally I was motivated by obsessions that kind of stayed with me and couldn’t find a better way to explore other than through fiction.

One of those obsessions was with the era of martial law in the Philippines in the 70s and 80s. I was obsessed with wanting to know what that was like for individuals and families in their daily lives, not just facts you can [find] at the library or online. Another obsession I had was with Filipino men and women who started leaving the country in large numbers, usually to find work they couldn’t find at home and support their families and had to be apart from them in the process. There were men and women in my own family who made that choice and I was always curious about what that does to the dynamic between family members. The stories came out of those obsessions and wonderings.

Could you tell us about being born in the Philippines and growing up in Bahrain and the US was like?

I grew up and lived in Manila until I was 6 years old, but my experience is mixed and hybrid from the very beginning. My parents belonged to a generation of Filipinos who grew up under a very strong American presence, that post-World War II period, like we sort of revered American culture and immigrant ideas. Partly born out of that, we spoke English almost exclusively at home, even while we were living in Manila.

In Bahrain it was a very sort of elastic experience because there were several expat groups and communities living there at the same time, British people, Indian people, Filipinos, all going to school together and working together. But then at the same time there was this craving on the part of people like my parents to gravitate towards Filipinos socially… By the time my family settled in New York I was very un-Filipino in a lot of ways.

My bad Tagalog-speaking skills were a form of entertainment for my family. At the same time in the late 80s, the early 90s, Filipinos were not a super visible minority group in Manhattan where we had settled, and so there was a lot of explaining. I felt I had to do something about my identity, about what group I identified with, why is it that I don’t have an accent, those kinds of questions. I think part of my attraction to fiction was just always feeling like I could never give short answer to those questions and when I tried to give a short, straight answer I always felt like I was leaving things out or trying to oversimplify.

But when I started reading fiction and also writing it, I felt like there was suddenly more room to explore those confusions about identity in words

You’ve mentioned that overseas Filipino workers are seen as “heroes and saints.” Could you talk more about this idea and your feelings about it?

Yeah, I think that was one of the obsessions and fascinations that drew me to the subject. It’s a human way of dealing with loss and hardship, to put a positive spin on having to separate from our loved ones, being able to see that person as making a very dutiful and heroic choice. My goal wasn’t to tear down the narrative of heroic or saintly overseas Filipino workers … I absolutely think there’s an element of heroism in the huge self-sacrifice and the selflessness of that choice. My goal was not to make some sort of statement that the glorification is all bad, that these are not heroes, but to look at some of the complexities that undercut that narrative sometimes, and in looking at what is lost and what the costs are of that choice.

The line between certain class distinctions also come up within your book and I was wondering if that was another fascination that you had.

It became clear to me how much of a fascination it was because to be honest with you, at no point while I was writing this book did I think, ‘I’m writing about class,’ … But of course I see now that they’re threaded all throughout the book. It’s fascinating to me to look at class dynamics and how they don’t always follow the lines that one expects. In some stories like “The Miracle Worker,” I’m really interested in how that line between the help and the amo or the employer or the boss blurs and reverses all the time, just because I think people are more complicated than their job title and class category … I’m interested in how migration affects class dynamics.

In “The Shadow Families,” the idea that you’re more closely bonded with someone who you may not have [bonded] so closely with, but the foreignness of a new place creates this dependence on each other. And then in “A Contract Overseas,” I’m really interested in how migration affects these overseas contract work situations and opens up class divisions in the family … [In the story] you have a girl relying on her brother financially to fund an education that lifts her up from her social class, and turns her into someone who’s not his social equal, so all of those dynamics really fascinate me for sure.

Why do you think it’s important to share these stories with the Filipino community?

I don’t think I would’ve been motivated to write this book if I felt like there was an amazing surplus of Philippine-American narratives that have made its way onto people’s bookshelves and that have been widely read … Filipino literature in English and Filipino-American literature is a very vibrant, healthy tradition with a diverse set of writers, many of them among my favorites. I think there’s room for more of these characters to appear in literature and for more of these voices and experiences to be heard.

As a young reader it was very powerful and illuminating for me to read stories about immigrant communities and characters of color – not necessarily my own community and my own nationality, but seeing them as a literary subject. It makes a big difference as far as thinking of the people I grew up with, who raised me, as people who have really rich, complicated lives, not reduced to types or stereotypes.

What do you hope readers get out of your reading your book?

Whenever I think about this I think about this moment in the story “The Miracle Worker” when Sally, the main character, hears about a strike, a supermarket worker strike, and suddenly she’s looking around at the people serving her food, checking her out at the grocery store, just seeing them in a new way and wondering what their lives have been and what kind of rebellions they could potentially be enacting in without her knowing.

I think that process is sort of akin to what I hope people have when they read some of these stories, is that maybe, if you read “Esmeralda” and find yourself wondering about the inner life of the person who takes out the garbage in your office at night, and maybe even ask questions about her, questions about that life, then I think that’s part of the job of a fiction writer.

Are you planning on visiting the Philippines any time soon?

I am, and I’m really excited about it. I am going to be in the Philippines in November for the Philippine International Literary Festival … I’m hoping to spend a bit of time in the country for the first time in a long time and hopefully do some bookstore events there as well and travel around and do some research for my next book.

Immediately on the horizon is a novel which will take the character Milagros from the title story and follow her life after the events of “In the Country.” It’s due out in 2017. And a few more short story ideas here and there, but yeah, the novel first. – Rappler.com

Kimberly Go is a Rappler intern